‘South Park’: Is it Time for This Show to Call it Quits?

South Park began in 1992 with a few pieces of colored paper painstakingly manipulated into crude animated shorts, though it wasn’t until 1997 that full episodes were produced for Comedy Central. Today, the series masterminded by Matt Stone and Trey Parker about a group of elementary school children living in a hysteria-prone small town in Colorado is starting its 20th season. It feels less like a standard TV show and more like a cultural institution.

Perhaps the key to South Park‘s longevity lies with Stone and Parker’s willingness to let their show change with the times. In its first seasons, the show was a crude vehicle for vulgarity and celebrity-bashing, often more edgy than funny (though it was still both). It’s come a long way since then, as Stone and Parker learned to balance their button-pushing tendencies with trenchant political satire, film parodies, and just plain better comedy. 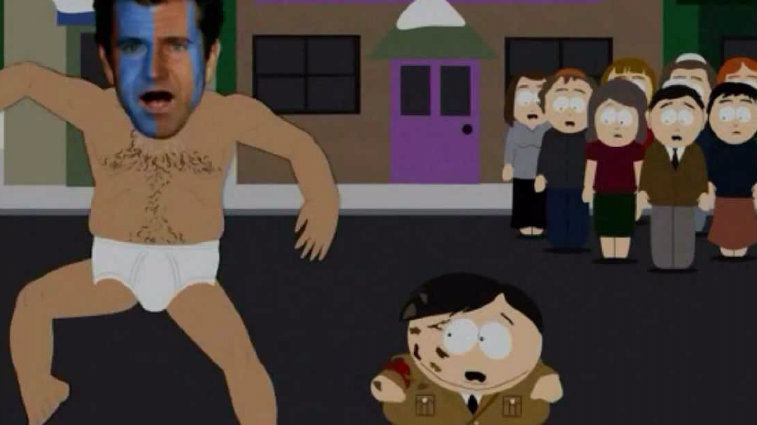 I’d argue that South Park reached its peak in the mid-2000s, approximately from Season 6 to 11, when it achieved the perfect balance between both character-driven and issue-driven comedy. Episodes like “The Passion of the Jew” or “Douche and Turd” found clever ways to look at hot-button issues (Mel Gibson’s Passion of the Christ and “get out the vote” campaigns, respectively) without ignoring their core cast the way later seasons have often done. Stan’s skepticism about voting or Cartman’s fanatical devotion to Mel Gibson are clever and timely, but more importantly, they are reactions true to the characters.

Still, other episodes like “Raisins” aren’t about issues, but simply about growing up. This is a show about 8-year-olds after all, but recent seasons often lose sight of the childhood perspective that fueled some of the series’ best episodes by combining the relatable with the absurd. I can’t think of the last time an episode achieved quite that balance of emotional honesty and hilarity.

None of this is to say modern South Park is without its merits. In fact, the past two seasons have seen South Park pivot considerably, using continuity across episodes to establish season-long storylines and themes for the first time. Seasons 18 and 19 connected most of their episodes using background references or direct cause-and-effect links, drawing connections between topics as seemingly disparate as gentrification and online advertising. For both seasons, the seams showed in the finales that couldn’t quite bring every element together into a cohesive ending that plays off the larger themes. It makes it easier to tell that Stone and Parker are still working with their old “six days to air” production schedule.

Regardless, South Park‘s balance between character and commentary has felt skewed too heavily towards the latter for some time now. It’s to the point where this is primarily a show not about a small Colorado town but about American pop culture, seen through the uber-specific and irreverent POV of Stone and Parker. That’s fine, particularly since they’re very funny writers with a lot to say and no qualms with offending those who disagree. The emphasis on extremely current events has made South Park an important satirical presence, even as it’s made the episodes less timeless, as a whole.

Still I can’t help but wonder if Stone and Parker’s energies would be better used elsewhere — in a format that required them to create new characters and pen an original, possibly feature-length story. They’ve taken breaks from the show’s chaotic schedule in the past, first to make their hilarious live-action puppet action movie Team America: World Police and then to develop their similarly hilarious Broadway musical The Book of Mormon. Both works are testaments to their creative potential, and make me wonder how much longer they should occupy with themselves with South Park over other creative endeavors.

Sure, Season 19 of South Park was entertaining and prescient enough despite its confused ending, but The Book of Mormon was a fully fleshed-out masterwork of comedy, song, and satire that said something articulate and original about religion’s place in the world. South Park is remarkably strong for a show 20 years into its run, but it’s still 20 and even with the recent changes it often feels like a show treading water, searching for new storytelling tricks or cultural events that will re-energize an old formula.

Don’t get me wrong, I’ll still be watching South Park this year. Maybe Season 20 will finally nail the new continuity-heavy format in a way the past two seasons couldn’t quite manage, or maybe it will keep treading water. But two people as creative as Stone and Parker don’t need to tread water, not when there’s a whole ocean of creative possibilities to explore.