Spielberg and Lawrence Nab the Hottest Biopic in Hollywood 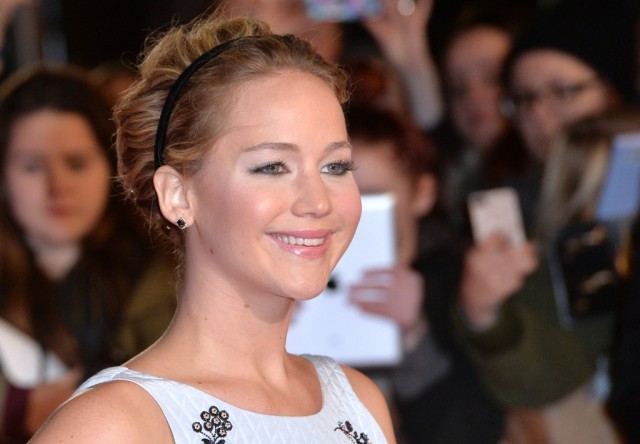 Deadline reports that after a heated battle, Warner Bros. has landed the rights to photojournalist Lynsey Addario’s memoir It’s What I Do: A Photographer’s Life Of Love And War, with Steven Spielberg set to direct the biopic of the daring woman’s incredible life; Jennifer Lawrence is lined up to play Addario. The publication reports that Reese Witherspoon, The Wolf of Wall Street’s Margot Robbie, Darren Aronofsky and Natalie Portman, and The Weinstein Co. with George Clooney and Grant Heslov all made bids on the memoir before it was scooped up by Spielberg and Lawrence.

It’s What I Do has been grabbing attention since the book and Addario’s story appeared in The New York Times Magazine last month. Addario has been awarded the Pulitzer Prize and a MacArthur genius grant for her work covering various conflicts in the Middle East and Africa. In the opening of her memoir, she describes being kidnapped and barely escaping with her life while covering the civil war in Libya. She also discusses the difficulties of working in a male-dominated, dangerous profession in which she had to prove her mettle against the men she worked with.

Addario built her career on turning a compassionate lens on the people affected by the conflicts in the Middle East and Africa. Her award-winning photographs include those of rape victims in the Congo and Afghan women living under the Taliban regime. She underwent great personal risks to tell the stories of these women living in war zones.

The adventurous and feminist undertones of the story are the perfect subject matter for Lawrence, who is one of Hollywood’s hottest young stars. She chose material exploring those topics in her box office smash movies like The Hunger Games franchise, as well as her more serious and critically acclaimed movies like Winter’s Bone, which earned her an Oscar nomination, in addition to the upcoming biopic Joy.

That movie will see her reuniting with director David O. Russell to play Joy Mangano, the single mother inventor who earned fame for inventing the Miracle Mop. The device catapulted her to fame on the Home Shopping Network, where she would sell other of her inventions, as well. Lawrence has herself been a feminist role model, speaking on issues like body image often and refusing to lose weight for her roles. She seems like the perfect candidate to play Addario.

As for Spielberg, the director hasn’t been behind the camera since the Oscar-winning Lincoln in 2012. While he has some more commercial fare lined up, including the adaptation of Roald Dahl’s The BFG and the tentative fifth Indiana Jones film, this biopic with Lawrence could remind the world just why the esteemed director is so esteemed again.

Warner Bros. was behind this year’s awards contender biopic concerning issues of warfare in the Middle East, the Clint Eastwood-directed and very controversial American Sniper. That movie was nominated for six Academy Awards but only took home the trophy for Best Sound Editing, as it was mired in controversy over its portrayal of the protagonist Chris Kyle. Perhaps this time the company will have a winner on its hands.