Spielberg to Bring Bryan Cranston Back to the Small Screen 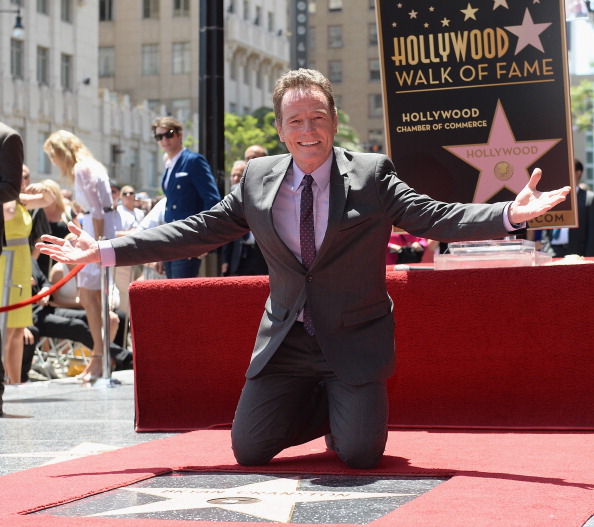 Steven Spielberg is in talks with Bryan Cranston and Pulitzer Prize-winning playwright Robert Schenkkan to make their Tony-winning production All The Way about President Lyndon B. Johnson into a television miniseries, according to an exclusive scoop from Deadline.

The publication reports that Spielberg wants Cranston to reprise his role as Johnson in the series, a role that won him the Tony for best actor in a play. All The Way was also awarded best play at the Tonys, which took place on Sunday night. All The Way follows Johnson’s career from the Kennedy assassination, through the first year of his presidency during which he passed Civil Rights legislation and America began its involvement in Vietnam, through his re-election.

The New York Times gave the play and Cranston’s performance in particular a glowing review: “His [Johnson’s] many contradictions — egoism battling with insecurity, a natural warmth at odds with a violent temper, a true commitment to the greater good alongside sharklike political instincts — are all given their due, and are expertly synthesized in Mr. Cranston’s terrific portrayal.”

Cranston, of course, is best known for his role as high school chemistry teacher turned meth dealer Walter White on AMC’s long-running Breaking Bad, which wrapped its final season this year. That show received much critical acclaim during its five-year run, with Cranston having won the Emmy for outstanding actor in a drama series three years in a row for his portrayal of White. The actor also recently starred in Gareth Edward’s reboot of Godzilla, which got good reviews and performed admirably at the box office.

Other projects on the actor’s plate right now include a voice role in Kung Fu Panda 3; Trumbo, a biopic about Hollywood screenwriter Dalton Trumbo who was blacklisted for being a Communist during the Red Scare of the 1940s; and the dark thriller Holland, Michigan co-starring Naomi Watts, about a woman who suspects her husband is cheating on her and so launches into her own affair for revenge before discovering the full truth about her husband’s secret life.

A miniseries of All The Way could bring Cranston back to the small screen, and a historical political drama based on a Tony-winning play from a director of Spielberg’s pedigree is basically guaranteed to be great, and perfect awards show bait. Spielberg has had great success tackling historically based political material before, most recently with 2012′s Lincoln.

Deadline’s source said that Spielberg has seen the play multiple times and has “relationships” with both Cranston and Schenkkan. Deadline also said that it is currently unclear which network would land the series, as Cranston has ties with AMC and Spielberg with HBO, but the publication did promise that the project will move forward quickly.