‘Star Trek: Discovery’ Confirms That Klingons Have 2 of These Surprising Things

The first season of Star Trek: Discovery has come to a close, but multiple big reveals were made in the finale. Some of that had to do with the first appearance of the USS Enterprise. The new show has tried to stand on its own two feet, but it looks like next season, it will be ready to tie itself with its predecessor.

The finale also revealed a new detail about Klingons. When Star Trek: Discovery first released photos, the one thing fans noticed is how Klingons look different. So it’s only right that the show left off by revealing something else about the Klingon anatomy.

Here are seven things we learned about the finale, including that Klingons have two of these surprising things.

1. The plan for the Enterprise was planned from the beginning 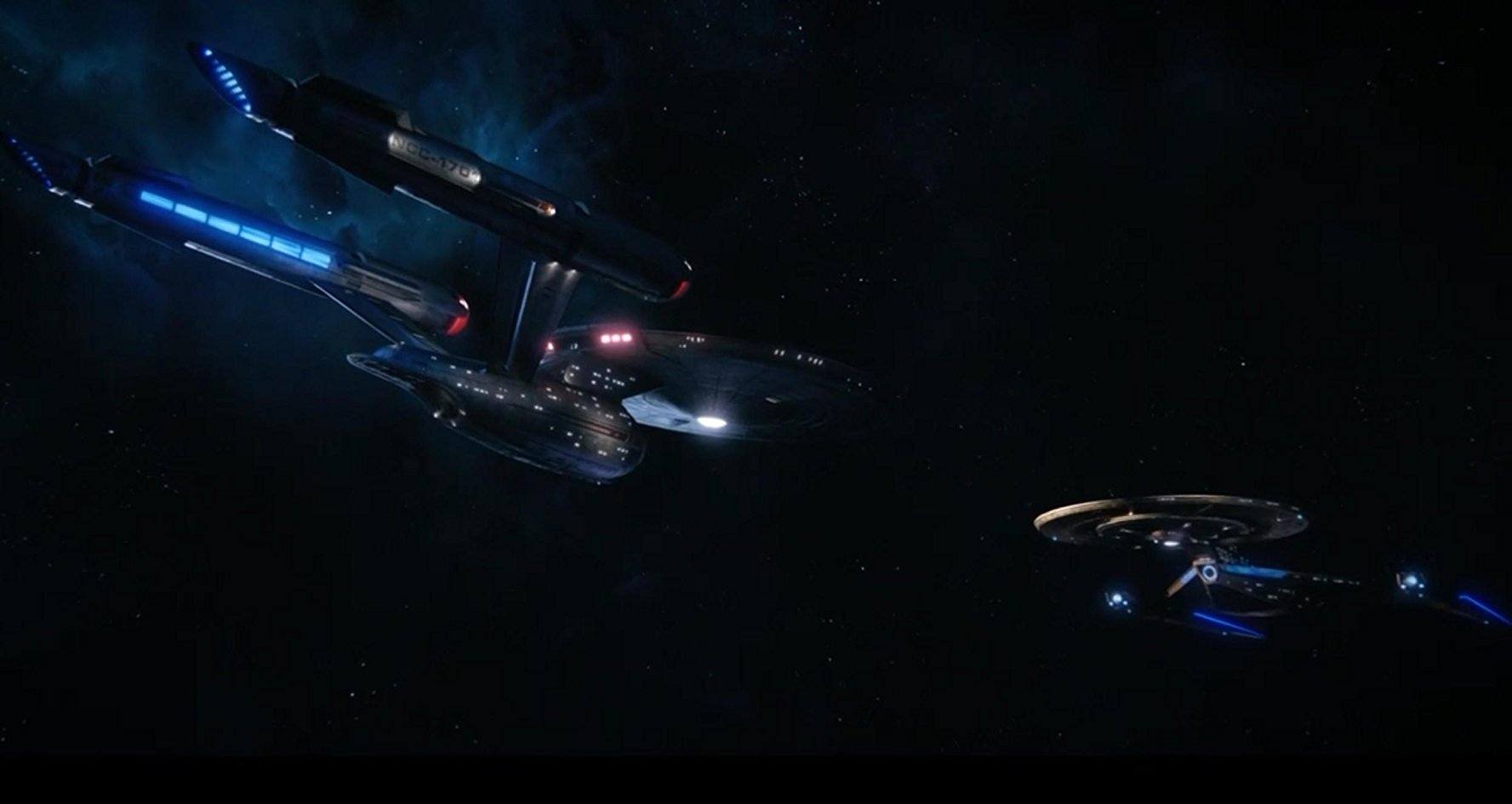 Many fans were probably happily surprised to see the Enterprise on the finale. But it turns out that was the plan all along for the season.

As co-creator Alex Kurtzman said on After Trek Discovery:

So the whole season was reverse-engineered knowing really at the beginning where we wanted to end. And from Sonequa [Martin-Green]’s arc to the bridge crew coming together as a family, and knowing that the Enterprise was going to show up as a last frame because obviously, we owe the audience some answers to the question of ‘Why has Spock never mentioned his half-sister before?’ So obviously the Enterprise promises answers to that question.

Kurtzman also assured to Variety that we will be seeing more of Enterprise next season. “So yes, the Enterprise will play a part of Season 2 but it will absolutely not overshadow Discovery. ”

Next: The second season will answer multiple questions.

2. Next season will answer some questions about how Discovery fits in 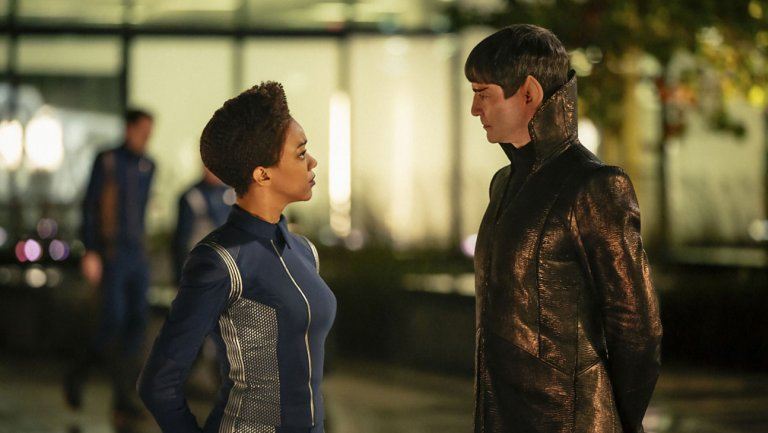 Season 2 will answer some questions. | CBS

Although the timeline of the show has been established multiple times, fans still have questions.

“So the promise of the Enterprise holds the answers to a lot of those questions,” Kurtzman told Variety. “Including Spock’s relationship with his half-sister who he’s never mentioned. Which does not necessarily mean you’re going to see Spock, just that we owe an answer to that question.”

Next: But we still probably won’t see this one thing. 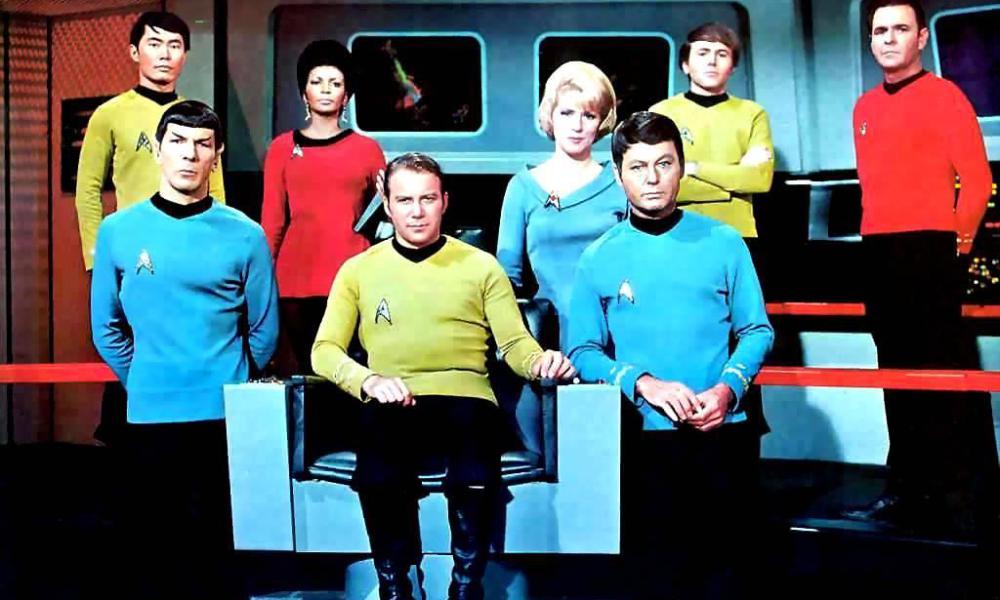 Before fans get too excited, it’s good to know that there might still be things we don’t see next season, like the crew.

“We certainly aren’t confirming that we’re even going to introduce Spock and we certainly are not casting that role, either,” executive producer Aaron Harberts told The Hollywood Reporter.

Next: The show confirmed this thing about Klingons.

4. The show confirms that Klingons have two genitals 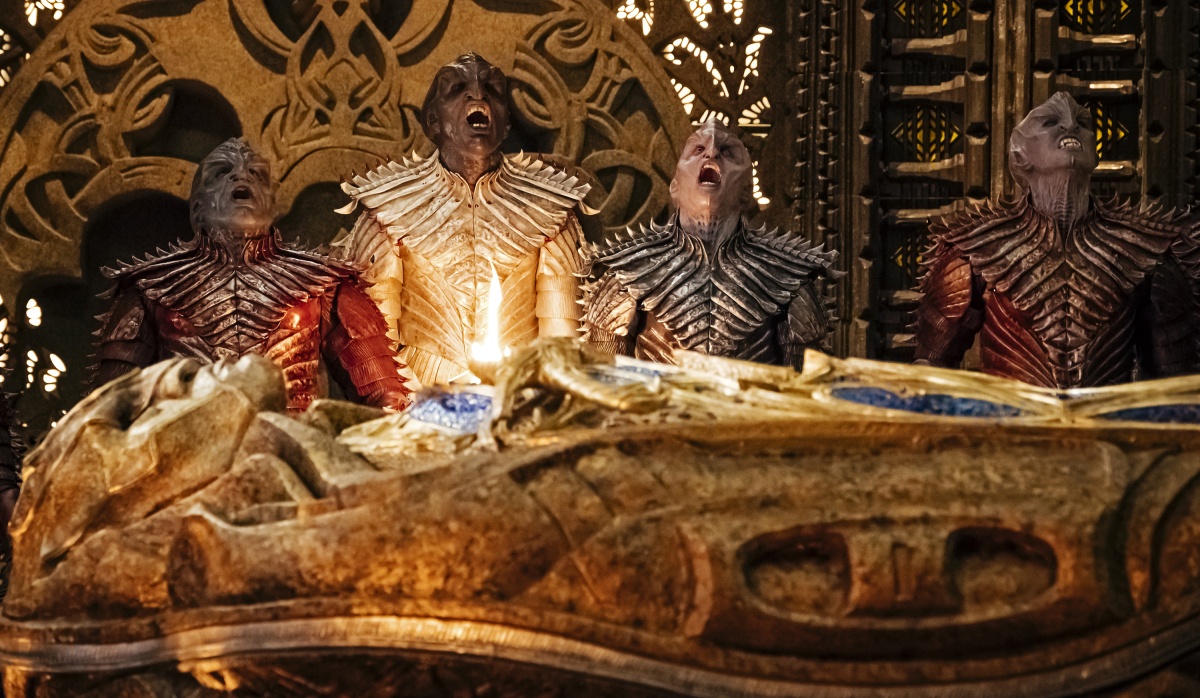 Here’s what we learned about Klingons on Star Trek: Discovery. | CBS

While the crew was going through the strip clubs in the finale, they passed by a Klingon who was peeing on a wall outside. This is where you can see there isn’t one, but two pee streams.

So it looks like Klingons do have two genitals — a theory that dates back all the way from Star Trek: Generation.

Next: The writers talk about what went into making this decision. 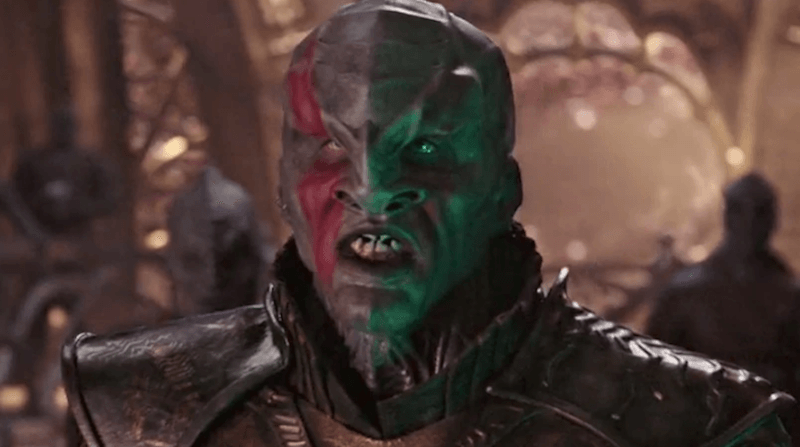 The show’s writers confirmed this about the Klingons, like Kol above, on Star Trek: Discovery. | CBS

The show’s writers, Bo Yeon Kim and Erika Lippoldt, confirmed what many fans saw, and why they decided to write it.

Next: This is where we have heard about Klingons’ double organs before.

6. It has been previously established that Klingons have double organs 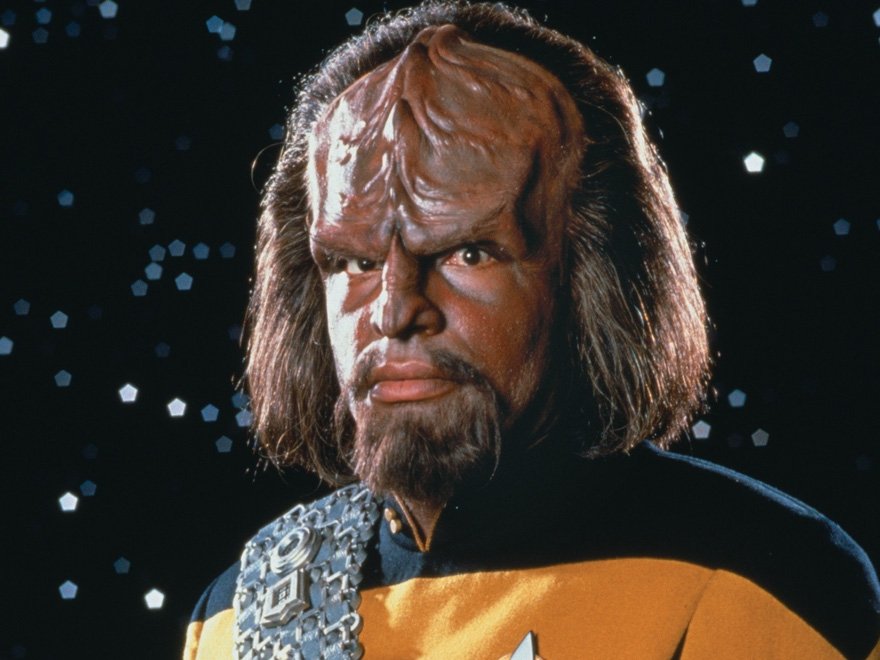 This came up with Worf in Star Trek: The Next Generation. | CBS

The reasoning behind Klingons having two penises has been previously established. This new episode just confirms it will continue to be canon.

In the Star Trek: The Next Generation episode, “Ethics,” Worf has to get surgery, and that’s where it is mentioned that Klingons have double organs.

Next: It was also weirdly mentioned another time in Star Trek history. 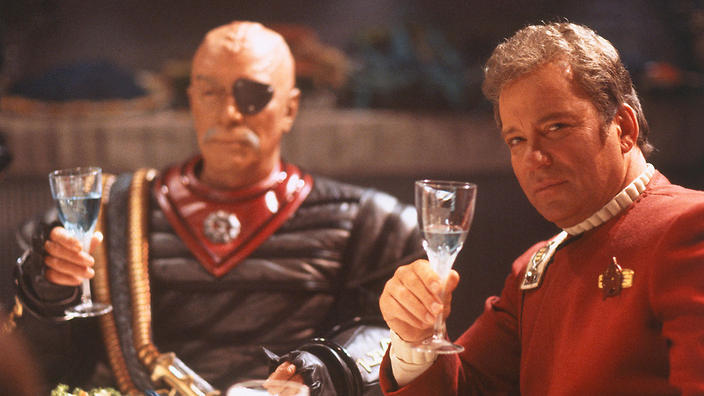 This subject also came up in Star Trek VI: The Undiscovered Country. Kirk is in a Klingon prison and gets into a fight with a Klingon. He gets out of it by kicking his “knees,” which stops the Klingon in his tracks.  When Kirk later refers to them as his “knees,” he’s corrected and told not everyone has their genitals in the same place.