Star Trek: Discovery will be dealing with the events of the 2016 presidential election.

In a new interview with Entertainment Weekly, showrunner Aaron Harberts said that some of the ideas expressed by the show’s villains, the Klingons, are inspired by modern politics.

“The allegory is that we really started working on the show in earnest around the time the election was happening,” he said. “The Klingons are going to help us really look at certain sides of ourselves and our country. Isolationism is a big theme. Racial purity is a big theme. The Klingons are not the enemy, but they do have a different view on things…It’s been interesting to see how the times have become more of a mirror than we even thought they were going to be.” 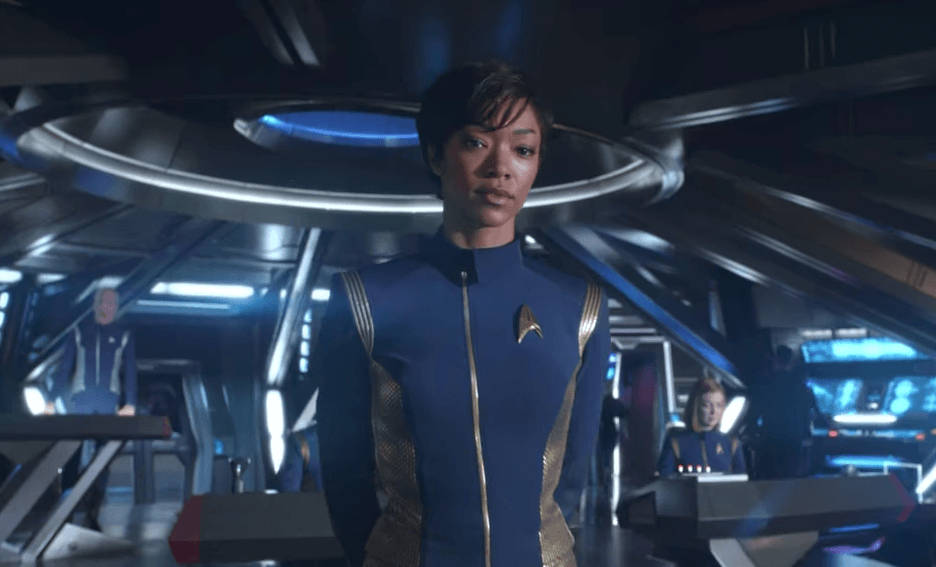 Harberts added that other themes that he feels are relevant to modern politics include letting people in and reaching out to people who don’t necessarily want to be reached out to. Later, he reiterated that the show is a “commentary on our own divided nation — in terms of Trump supporters and non-Trump supporters.”

In addition to being influenced by the presidential election, Star Trek: Discovery will also draw some inspiration from the Trump Administration itself. The 13th and final episode of the first season is currently being shot, and the creators say that they have President Trump’s standoff with North Korea in mind.

“North Korea is in our thoughts as we finish the series,” showrunner Gretchen J. Berg said. “…[The U.S. is] actually right at the place where Starfleet finds itself in episode one and we couldn’t have anticipated that happening. But how do you end conflict when both sides have such strong opinions?”

It’s not entirely clear what conclusions Star Trek: Discovery will come to about all this in its first season, although Harberts notes that the main characters are forced to be self-reflective more so than the characters in any previous iteration of Star Trek. Previous outings have been influenced by modern politics and current events, expressing themes of racism and serving as allegories for events like the Cold War.

Still, in such a highly divided time, it remains to be seen what the reaction to Discovery‘s view on politics will be, especially since it seems like the antagonistic Klingons, who have in the past served as allegories for Nazis, will stand in for Trump supporters. Not long after Entertainment Weekly’s report came out, the conservative news site Drudge Report tweeted out, “New ‘STAR TREK’ to depict ‘Trump supporters’ as Klingons.” Numerous Twitter users responded by saying they would not be watching the series.

This is hardly the first show of the fall to reflect the events of the 2016 election. Ryan Murphy is doing the same thing on American Horror Story: Cult, the first episode of which unfolded on November 8, 2016. The main Trump supporter character is an insane person who, upon learning Trump has been elected president, humps his television and covers himself in Cheetos dust. Murphy has said in interviews that he wanted to go after all sides in the show, also depicting the white privilege of the liberal characters.

Star Trek: Discovery will premiere its first episode on September 24. The pilot will air on CBS, but after that, the show will only be available to watch on CBS’ subscription service, CBS All Access.