‘Star Wars’ Ranking: The 10 Most Powerful Jedi in the Entire Saga

Stars Wars is always the talk of the town and it’s best to know what people are talking about. We wanted to know who is the most powerful Jedi in the Star Wars universe so we wouldn’t be left out at the holiday party gossip circles. Well, young padawans, here is our list of the top 10 most powerful Jedis, both in the old expanded universe and in the new canonical stories from Disney.

Ezra Bridger spent the beginning part of his life in very much the same way as Disney’s Aladdin. He was a street-wise kid who became a con artist and a thief in order to get by on his home planet. Nevertheless, he was still a good-natured person and eventually he came around to the light and joined the battle against the Empire. His story is critical to the Star Wars canon, and there are some pretty neat theories about his importance. But we won’t spoil anything on the first page.

Next: The galaxy’s greatest spy

Ahsoka Tano carries the distinction of being the only Jedi that Anakin Skywalker ever trained. Later in life, she survived the Jedi purge under Emperor Palpatine, and went underground. From there, she became a key Rebel informant and provided critical intelligence before a climactic showdown with her former master (the result of which we won’t spoil).

Next: He was Princess Leia’s only hope.

Obi-Wan Kenobi is probably one of the most popular Jedi out there. His role in the saga is paramount to its continuity. He also influences a lot of other characters lives, even after his death at the hands of Darth Vader. He is one of only a handful of Jedi that can become one with the Force upon his death, a skill that he learned from his dead master, Qui Gon Jinn.

Next: The mighty do fall.

We know what you’re thinking — and yes, he is Darth Tyranus, a terrible Sith Lord that turned the galaxy on its head through some pretty cunning political maneuvering. But for the majority of his life, he was a Jedi Master. He was praised by all as one of the most talented Jedi. Even Master Yoda said, “Best of all, Dooku would be.” If it were not for his betrayal of the Jedi Order and his fall to the Dark Side, he could have been in the top three, if not most powerful.

Next: In light of that … 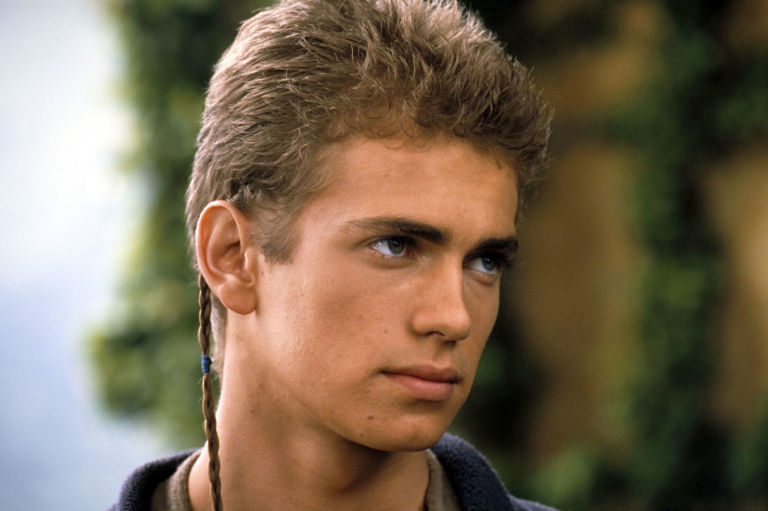 Anakin Skywalker in Attack of the Clones | Lucasfilm

Again, yes, we know that Anakin later falls to the Dark Side, becoming the villainous Darth Vader. What we are talking about is his time in the Jedi order. During that time, he was an exceptional student and arguably exceeded his master Obi-Wan Kenobi in skill. He also has the highest midi-chlorian count of any Jedi, which made some believe that he was the Chosen One who would (ironically) destroy the Sith and bring balance to the Force. Alas, he went crazy and his thirst for power led him to the Dark Side, and that’s why he’s all the way back here at number six.

Next: You know you love him.

Mace Windu numbers himself among some of the most skilled swordsmen in the entire Jedi Order (if not the most). His wisdom is also almost unsurpassed. After all, it was he and Yoda who saw the dangers of training young Anakin Skywalker. He also defeated Palpatine in one-on-one combat, coming close to killing the future Emperor before Anakin interceded.

Next: The Force is strong with this one.

While most will question why we put Rey this high on the list, some will know exactly why. She is extremely attuned to the Force, and has proven to be very quick to learn its powers. She was able to use a Jedi mind trick to escape her captors at Starkiller Base without any formal training whatsoever. The last time anyone saw this much raw power was when the thought they found the Chosen One.

Next: He also trained Batman.

Qui-Gon Jinn was an extremely strong Jedi, and would have been a member of the Jedi Council, had he not fallen to Darth Maul. His only problem is that he reflected a lot of the rebellious tendencies of his master, Count Dooku, and never fully bought into the Jedi Order. He spent a lot of his life studying the manifestation of consciousness after death. He was able to learn enough to teach both Obi-Wan and Yoda his powers through his spirit in the afterlife.

Next: He is a Skywalker, after all.

Luke’s ascension into the ways of the Jedi came at a much later period than most padawans, beginning his training as an adult. Even then, he was extremely adept in his abilities, and excelled in the ways of the Force. In just a few short years, he had become proficient enough to be able to defeat Darth Vader himself. We don’t know a lot about what he was up to between Return of the Jedi and The Force Awakens, but all indications point to him becoming a powerful Force-wielder matched by few others.

Next: Only one, there can be.

Yoda is hands down the strongest Jedi to have ever lived. He is incomparably wise when compared to the rest of the Jedi Council. Additionally, his swordsmanship is second to none, even at the age of 900. He is also one of the few who have mastered the ability to reach beyond the grave and join the living Force as a ghost. Plus, any Jedi who manages to stay alive for upwards of nine centuries must be doing something right.

Check out our article on the top 10 most powerful Sith lords as well!