’Star Wars Battlefront’: How the Graphics Look So Realistic

The reviews for Star Wars Battlefront are in, and the only thing everyone seems to agree on is that it’s one of the best-looking games they’ve ever played.

And they’re absolutely right. The game runs so smoothly and looks so sharp that a passerby may reasonably assume you’re watching a Star Wars film on Blu-ray. They may even (less reasonably) wonder if your TV has somehow become a window to a war-ravaged distant planet.

Even the character models look and move in a way that’s absolutely true to the films. Say what you will about the game’s simplicity and its lack of a single-player campaign, but developer DICE has done some incredible work taking the visuals of the movies and putting them into a video game.

Why doesn’t every game look this good? Because not every developer goes to the lengths DICE went to when making Battlefront. How DICE crafted these graphics comes down to two main methods: photogrammetry and Physical Based Rendering. In case you slept through advanced computer graphics in art school, let’s take a look at what that means.

It all starts with the actual props and locations that appear in the Star Wars films. According to a developer blog, the team created the game’s 3D models by scanning “everything from Stormtrooper helmets to giant redwood trees.” And by “everything,” they really mean everything. They visited the Lucasfilm Cultural Arts Museum, where the movie props are stored, to scan items like the Death Star, lightsabers, and Darth Vader’s mask.

Then came the photogrammetry part, which involves taking those images and turning them into video game assets. It’s a complicated process that requires a lot of work and artistry, but the results speak for themselves. Just about everything in the game looks like it stepped directly out of a Star Wars film. 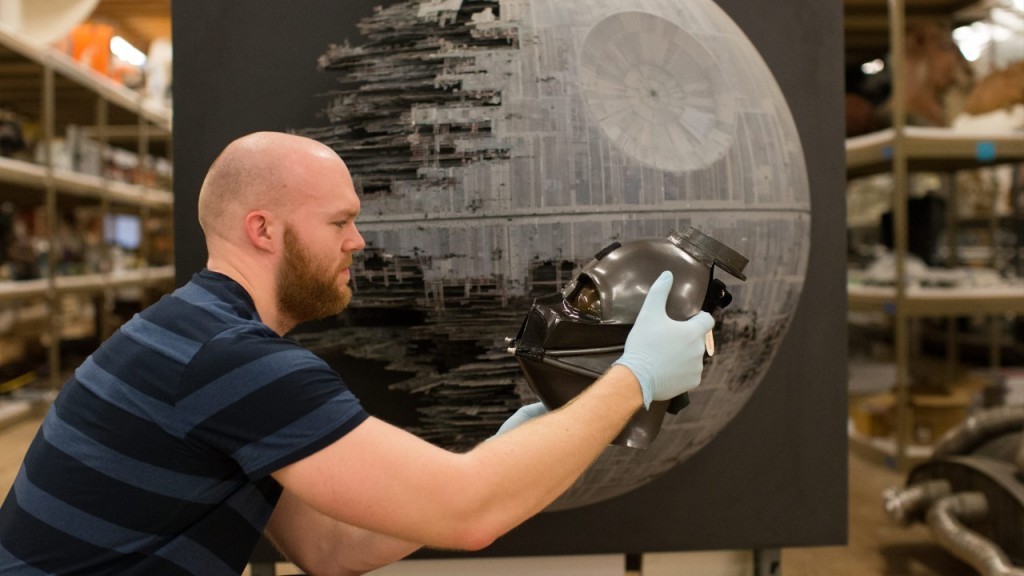 Now that they had the 3D models, all they had to do was give them life. To do that, DICE turned to a technology called Physical Based Rendering, or PBR.

According to another EA blog post about the making of the game, this is some seriously high-level technical wizardry. “From a rendering and a technical perspective, PBR refers to a way of rendering that takes into account certain physical properties and laws,” says Ken Brown, the technical art director on the game. “That could be energy conservation of a material, how we handle reflection, and how we render lighting.”

It’s all about realism. “Say you have some Stormtrooper armor. If you take the time to set that up correctly based on the rough physical values it should have, suddenly you have a Stormtrooper that will work in any environment it’s put in. Then we don’t need to worry about tweaking every single environment and texture depending on the context,” he explains.

Everything comes together to create one of the best looking games ever made. That should warm the hearts of any Star Wars fan, even if you’re not crazy about this particular online shooter. Because of the slavish detail that went into creating these assets, Electronic Arts will be able to use these same graphics in many Star Wars games to come.

In other words, this is just the beginning.