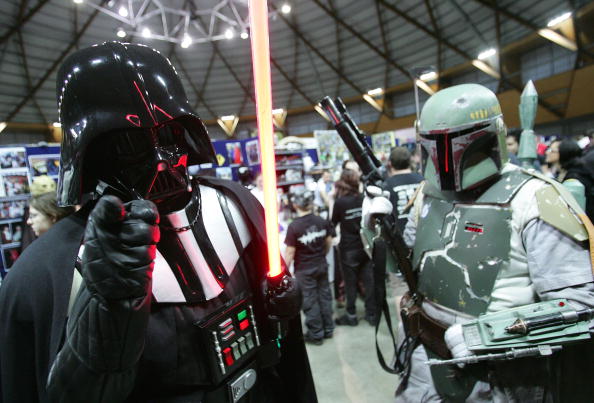 Though the wait for fans isn’t getting any shorter, the wait to begin filming Star Wars: Episode VII apparently has gotten shorter. It was recently reported by Variety that the next installment of the epic science-fiction franchise has already begun filming despite having an incomplete and unannounced cast.

In an interview discussing Episode VII, Disney Chair Alan Horn told Variety that, “We’re actually shooting some of it now.” As far as the cast for the film goes, Horn said, “We have a lot of them,” but that “it’s not completely done yet.”

Beyond these details, there’s not much known for a fact about the film. NYDailyNews reported that R2-D2 is confirmed to return — what Star Wars film would be complete without the little droid? — and Carrie Fisher has announced she would move to London, where the film is being shot, to reprise her role as Princess Leia, according to E! Online.

Harrison Ford and Mark Hamill can reasonably be expected to return as Han and Luke, as the film will take place thirty years after the events of Return of the Jedi, and the two characters could easily still be alive after that much time. However, neither have confirmed their parts in the film. According to E! Online, last fall Ford only said, “I think even to say it’s unresolved is kind of an enhancer. I prefer not to have to be confronted with that,” which doesn’t indicate his involvement. If we do get Han, it stands to reason that we may see the return of everyone’s favorite Wookie as well.

Edit: it has been reported by the Hollywood Reporter that Peter Mayhew will be reprising his role as Chewbacca for the new movie.

Among the most prominent rumors are the casting of Adam Driver as the lead villain in Episode VII. Adam Driver hasn’t been on the silver screen more than a dozen times, and one of his more notable roles has been in the comedy series Girls. However, that’s not to say he doesn’t have the acting chops to pull of a lead villain. He has experience as a U.S. Marine, which would likely lend to creating an intimidating character. Besides, Ray Park did an impressive job as Darth Maul with even fewer acting credits to his name and far fewer lines of dialogue.

E! Online has reported that Saoirse Ronan and Michael B. Jordan auditioned for roles in the film. Jordan has some experience with action films, as he starred in 2012′s Chronicle and he’ll have even more experience as the Human Torch in the upcoming The Fantastic Four films — though those roles may get in the way of a role in Star Wars. Ronan also has the action chops to find a place in the series, as she proved back in 2011 as the titular character in the action film Hannah.

Whoever ends up starring, we can expect a well-written film, as Michael Arndt of Toy Story 3 and The Hunger Games: Catching Fire screenwriting fame had a hand in composing an early draft of the screenplay while Lawrence Kasdan stepped into to work on the final draft of the screenplay. Kasdan will ensure the film is up to snuff and in keeping with the original series, as he was behind the screenplays of Return of the Jedi and The Empire Strikes Back.