Star Wars: Episode VIII is several months away, but that hasn’t slowed any of the rampant speculation about what’s to come. It’s a testament to just how many unanswered questions we have following The Force Awakens. And while we don’t have much in the way of footage or trailers, that doesn’t mean there hasn’t been other content to pique our collective interest.

We’re of course referring to the various photos from Episode VIII‘s set that have released over the last few months. While we’re short on exact story details, these set photos have given us at least a general idea of where the next story will be taking place. From Skellig Michael in Ireland to Dubrovnik in Croatia, it looks like we’ll be exploring some brand new corners of the Star Wars universe. So without further ado, here’s what we’ve learned so far. 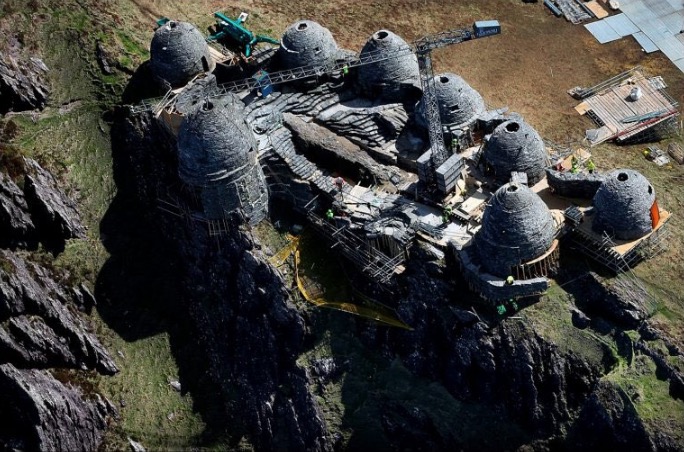 We only saw a brief glimpse of Skellig Michael in the closing moments of The Force Awakens, but if new set photos from Twitter are any indicator, Rey’s going to be going all-in on her Jedi training there. We know Luke went to the still-unnamed planet in search of the first Jedi Temple, and what we see above looks to be a set of ruins. There’s certainly no better place to learn the ways of the Force than the home of the ancient Jedi Order. It’ll be intriguing to say the least as we get a better look at what secrets the island has in store for our heroes. 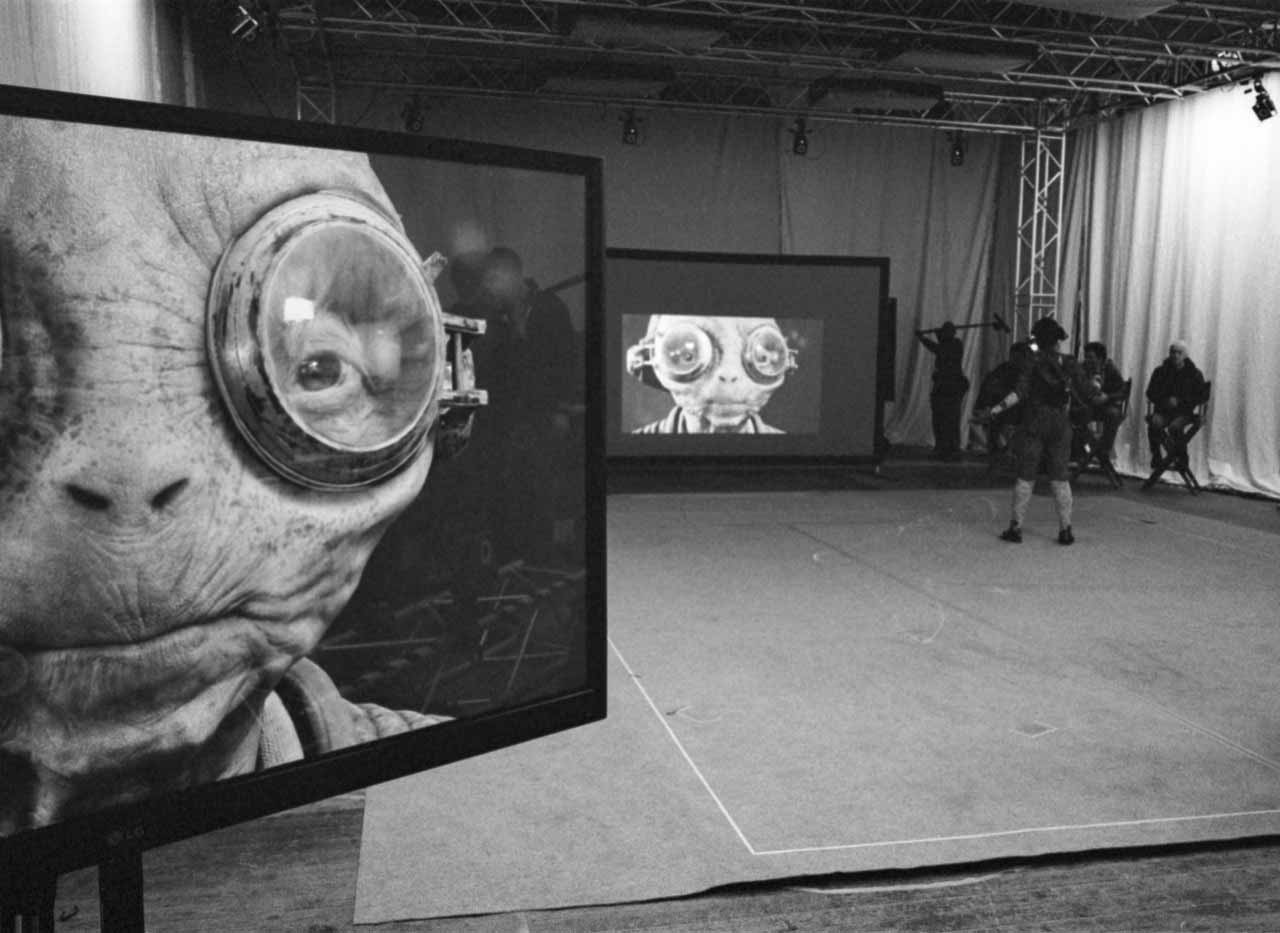 This one comes straight from Episode VIII‘s director, Rian Johnson, teasing at more from the diminutive pirate, Maz Kanata. With her castle destroyed by the First Order, she’s lost her home. This could leave her free to wander the galaxy, while imparting her vast wisdom upon our Jedi-in-training, Rey. We also have yet to hear the story of how she came across Anakin and Luke’s old lightsaber, so we can only hope her appearance will include an explanation. All that aside, it’s nice to see a new character like hers continue to be a part of the new Star Wars universe. 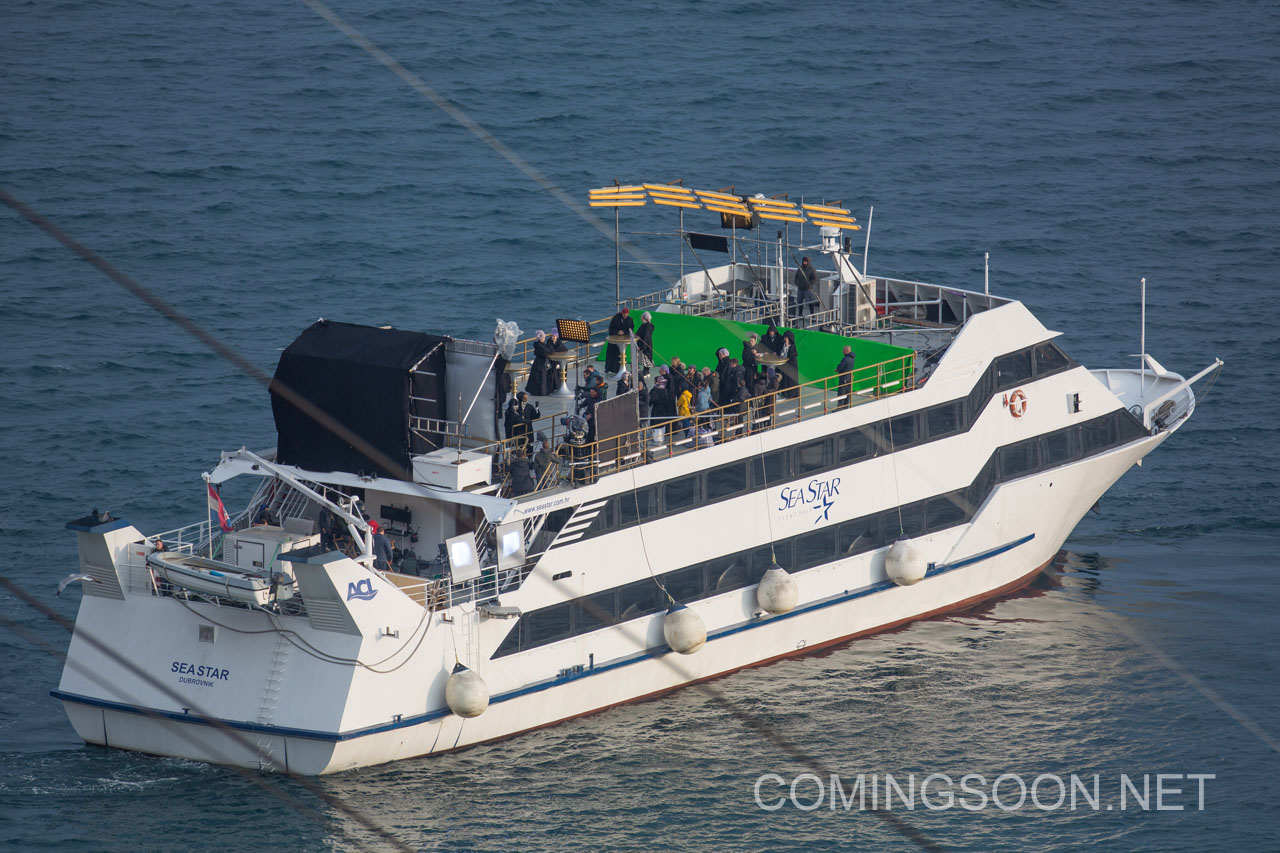 A set photo of a boat off the coast of Croatia | ComingSoon.net

Throughout all the various Star Wars movies, we have yet to see much in the way of sea travel. Of course when most of the transportation is interplanetary, there’s not much need for boats. That looks to be changing in Episode VIII. Luke and Rey are currently on a planet that looks to be entirely composed of islands, and you can’t take the Millenium Falcon everywhere. Whether that’s exactly what’s going on in the above set photo is far from confirmed, but it does seem like the most likely theory. 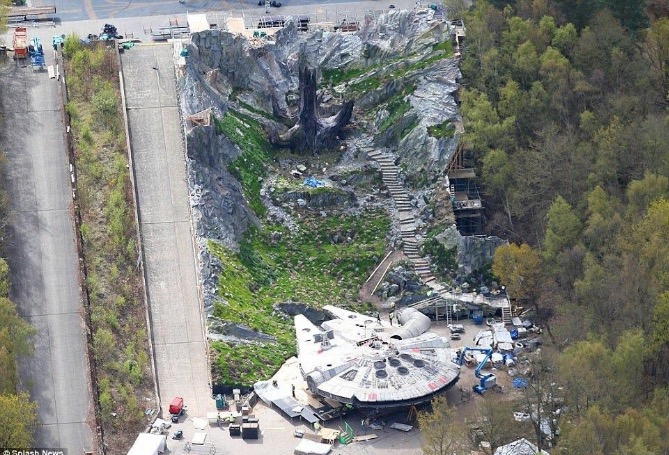 Interestingly enough, not all the scenes taking place on Luke’s island are being shot on-set on Skellig Michael. As we can see above, the landing pad for the Millenium Falcon is a standalone set piece. The reasoning behind this actually makes sense when you think about it too. Like they did for The Force Awakens, Lucasfilm has a full-sized version of the iconic ship they use for various scenes. It doesn’t make much sense to build an entirely new version of the ship on a tiny island in Ireland, especially given the treacherous terrain and limited space.

5. All dressed up and somewhere to go A photo from the set in Dubrovnik, Croatia | ComingSoon.net

We haven’t talked much about Episode VIII‘s Dubrovnik, Croatia, location, but that doesn’t make it any less important. Dubrovnik is most known as the locale of Kings Landing on Game of Thrones, and Lucasfilm will be similarly utilizing the scenic town for their own purposes. A series of photos from ComingSoon.net describe a scene at what appears to be a theater or opera, an exploding speeder, and general chaos in the streets as dressed-up patrons flee the explosion.

Star Wars Episode VIII director Rian Johnson reignited excitement over the next installment in the primary trilogy series after sharing an image of himself at a computer with the words “Picture Start.” Since the movie has wrapped filming (as announced by Mark Hamill via Twitter in July), it’s likely that Johnson is in the process editing the footage.

Stay tuned for more photos from the Episode VIII set as they become available!