‘Star Wars’ Gifts: 7 T-Shirts That Show the Force is With You

Fans may have to wait until December 18 before they can see Star Wars: The Force Awakens in theaters, but there is plenty of Star Wars-related merchandise that they can enjoy in the meantime. And while we love a remote-controlled BB-8 droid or Boba Fett hoodie as much as the next person, some of the coolest Star Wars gear that we have seen so far are the clever mashup T-shirts that blend the Star Wars universe with characters and elements from other beloved movies and TV shows. Here are seven mashup T-shirts that any Star Wars fan will appreciate.

One’s a feared bounty hunter who once captured Han Solo, the other’s an imprisoned psychic who once destroyed Tokyo. So they don’t really have much in common. Nevertheless, this Star Wars–Akira mashup T-shirt that simultaneously pays tribute to Boba Fett and the iconic Akira movie poster design is somehow perfect. Luckily, you don’t have to hire an expensive intergalactic bounty hunter to track down this awesome mashup. You can find the Bobakira T-shirt right here. 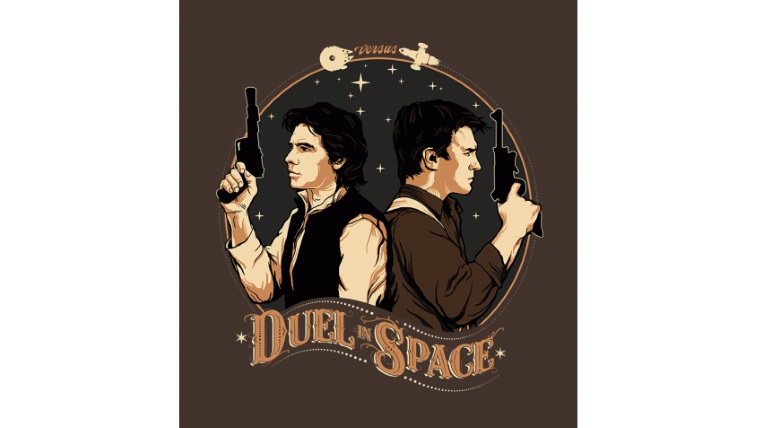 What happens when two outlaw spaceship captains known for their blunt personalities and shooting skills meet each other? This Star Wars-Firefly mashup T-shirt gives us a pretty good idea. Featuring Han Solo from the Star Wars universe and Mal Reynolds from the Firefly franchise, this shirt shows us what the most epic space duel that never happened would look like. This geeky graphic even manages to incorporate both the Millennium Falcon and Serenity spaceships into its design. A must-have item for fans of Star Wars and Firefly, you can find the Duel in Space t-shirt here. 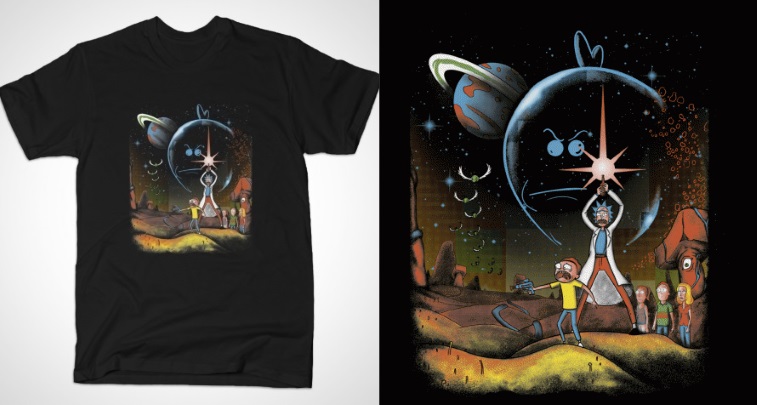 Star Wars meets Rick and Morty in this T-shirt that combines the iconic design of the 1977 Star Wars movie poster with characters from one of TV’s greatest adult animated series. It’s the perfect (burp) Star Wars–Rick and Morty mashup shirt for all your alternate universe adventures. May the (burp) Force be with you! You can find the Multiverse Wars T-shirt here.

Jawas, those pesky scavengers from the desert planet of Tatooine, are always on the lookout for abandoned machinery they can salvage. Unfortunately, it looks like their latest acquisition could leave a certain famous Time Lord stranded in the wrong universe. This Star Wars-Doctor Who mashup T-shirt shows what might happen if TARDIS ever made the mistake of landing on Luke Skywalker’s home planet. You can find the Found Some Spare Parts T-shirt here. 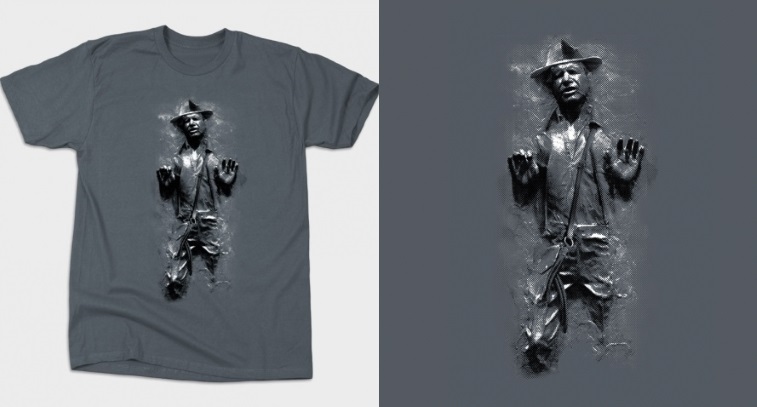 Fans of Harrison Ford can pay tribute to two of the actor’s most iconic roles with this clever Star Wars–Indiana Jones mashup shirt that features Earth’s most famous archaeologist frozen in carbonite like a common smuggler. Hey, even experienced bounty hunters like Boba Fett can sometimes make mistakes. You can find the Carbonite Jones T-shirt here. 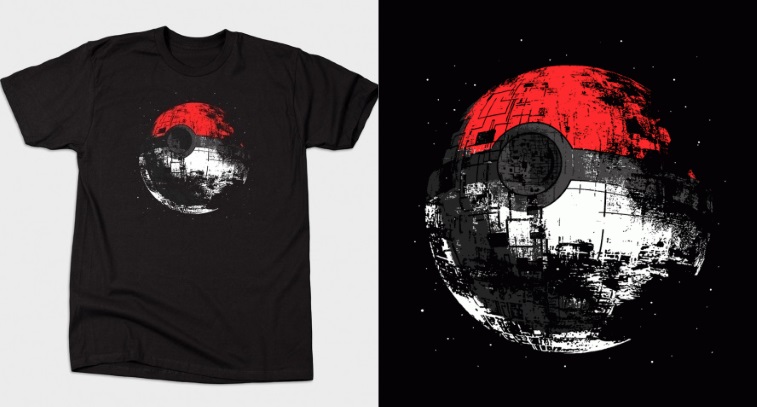 Since one is a planet-sized space station full of Stormtroopers and the other is a tiny orb used to store Pokémon, most people would probably never mistake the Death Star for a Poké Ball. On the other hand, both objects are round, which was apparently enough of a similarity to inspire this Star Wars–Pokémon mashup. And while we don’t know exactly what’s hiding inside this Poké Star, we’re fairly certain that it’s capable of kicking Pikachu’s ass. You can find the Poked to Death T-shirt here.