‘Star Wars’: How the Original Cast Made It Big in Hollywood

There’s been a lot of talk about the new cast of Star Wars: The Force Awakens. We’re getting tons of new faces, led by relative newcomers John Boyega and Daisy Ridley and joined by Oscar Isaac to round out the new “Big 3.” But with all this, it’s worth looking back at the Big 3 of yesteryear, Harrison Ford, Mark Hamill, and Carrie Fisher. All three came to be defined by their respective roles in the original Star Wars trilogy, but at the same time they still each managed to carve out wildly successful careers for themselves in very different ways.

It’s easy to forget that in many ways, Star Wars marked the beginning of each actor’s career. Ford’s only notable work pre-A New Hope was a small appearance in American Graffiti, while Hamill and Fisher were basically unknown commodities. But then the franchise blew up, and suddenly everyone knew who they were, leading to storied careers ranging from everything to A-list blockbusters, to low-key stage productions. 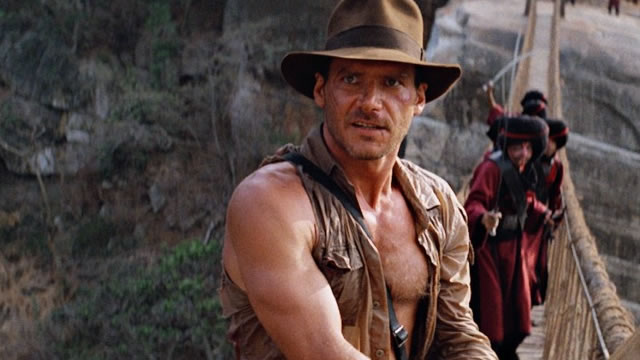 Ford’s career post-Star Wars is perhaps the most storied of the three. Han Solo was in many ways the most beloved character in the entire trilogy, springboarding him into a slew of other huge roles. Much like current A-list star Chris Pratt, Ford got his start relatively late, appearing in A New Hope at the age of 35. Soon after that, he went on to don the iconic fedora of Indiana Jones, as well as landing leading roles in Blade Runner, Witness, Patriot Games, The Fugitive, Apocalypse Now, and Air Force One. His is a name synonymous with blockbuster hits, making his reprisal of Han Solo that much more exciting for fans who have been following him since the very beginning back in 1977.

Of course his rode hasn’t been without difficulties. Ford suffered some pretty brutal lacerations in his head following a plane crash this last March, as well as a crushed ankle after the life-size model of the Millenium Falcon was accidentally dropped on him during shooting for The Force Awakens. Now at the age of 73, he’s still showing no signs of slowing down, especially given his significant role in the new Star Wars trilogy. 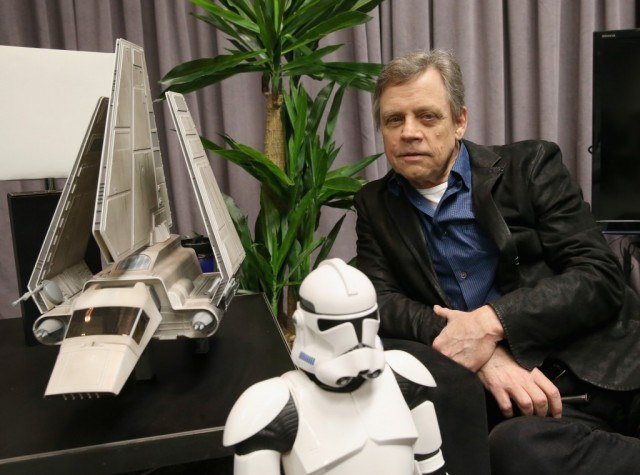 Mark Hamill’s career trajectory is the oddest of the original Big 3. He began A New Hope a young 26 year-old hotshot that everyone expected to be the next huge star in Hollywood. In many ways this both happened and didn’t happen though. A brutal car accident left his face badly scarred during the latter Star Wars movies, leading him to fear for his career as an actor. Luckily, any facial scarring he may have sustained didn’t figure into things even a little.

Over the last 20 plus years, Hamill has been one of (if not the) most prolific voice actors in all of Hollywood. He’s worked on dozens of shows, and is most known today as the quintessential Joker, having first appeared in Bruce Timm’s animated Batman series. If you’ve seen an animated version of The Joker any time in the last 20 years, odds are it’s Hamill you’re hearing. His other notable credits include voice work for Avatar: The Last Airbender, Adventure Time, Spider-Man (The Animated Series), Johnny Bravo, Codename: Kids Next Door, Metalocalypse, Robot Chicken, Star Wars: The Clone Wars, and Regular Show. No other voice actor has a resumé quite so extensive, and to see him back out in front of the camera as Luke Skywalker will be a fantastic way to bring everything full circle. 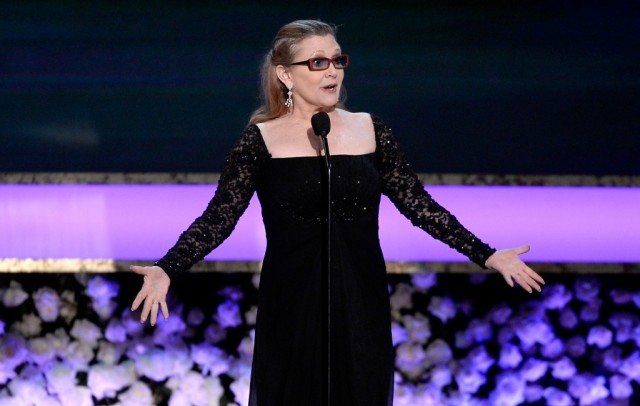 Carrie Fisher’s post-Star Wars life saw her go in a completely unexpected direction. She was just 21 when she first appeared as Princess Leia in A New Hope, but from there her career on-screen didn’t quite take off the way most would have expected. In the realm of movies, she scored a grab-bag of small supporting roles, but was derailed in the late 70s by a drug addiction and a battle with bipolar disorder.

This led to a career reset for Fisher, who used her struggles as artistic inspiration. In 1987, she published the semi-autobiographical best-seller, Postcards From the Edge. After being adapted into a movie starring Meryl Streep, Postcards was officially a smash hit, leading to follow-up novels Surrender the Pink and Delusions of Grandma. To round things out, Fisher wrote and produced a one-woman show entitled Wishful Drinking, eventually making its way to Broadway. She’ll of course be returning as Princess Leia for The Force Awakens, officially reuniting the team that took movie theaters by storm in the late 70s.