Star Wars: The Force Awakens made its big premiere in Hollywood last night, where the stars rubbed elbows and watched what is being hailed by some critics as possibly the best Star Wars film since 1980’s The Empire Strikes Back. And while we’re jealous of all the people who were lucky enough to attend an early screening of this highly anticipated film, it was nice to see that many of the celebrities who made it to the premiere really got into the spirit of the event by wearing Star Wars-inspired fashion, or by going all out and dressing up as their favorite characters. So in honor of these celebrity Star Wars fanatics, we are highlighting some of the best costumes and Star Wars-inspired fashions that we spotted on the red carpet last night. 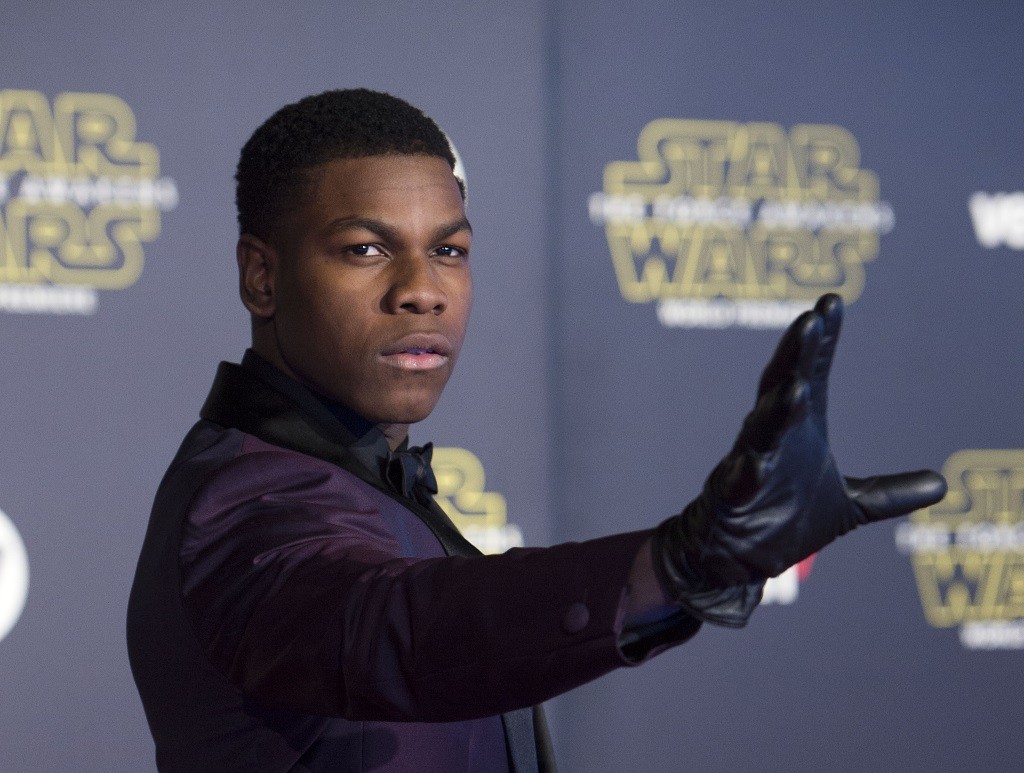 Even the stars of the latest film can’t help but dress like their favorite characters. Actor John Boyega — who plays Finn in The Force Awakens — paid tribute to Luke Skywalker’s famous mechanical hand by wearing a black glove and wielding the Force while on the red carpet. You’ve got to respect a man who knows his Star Wars history. 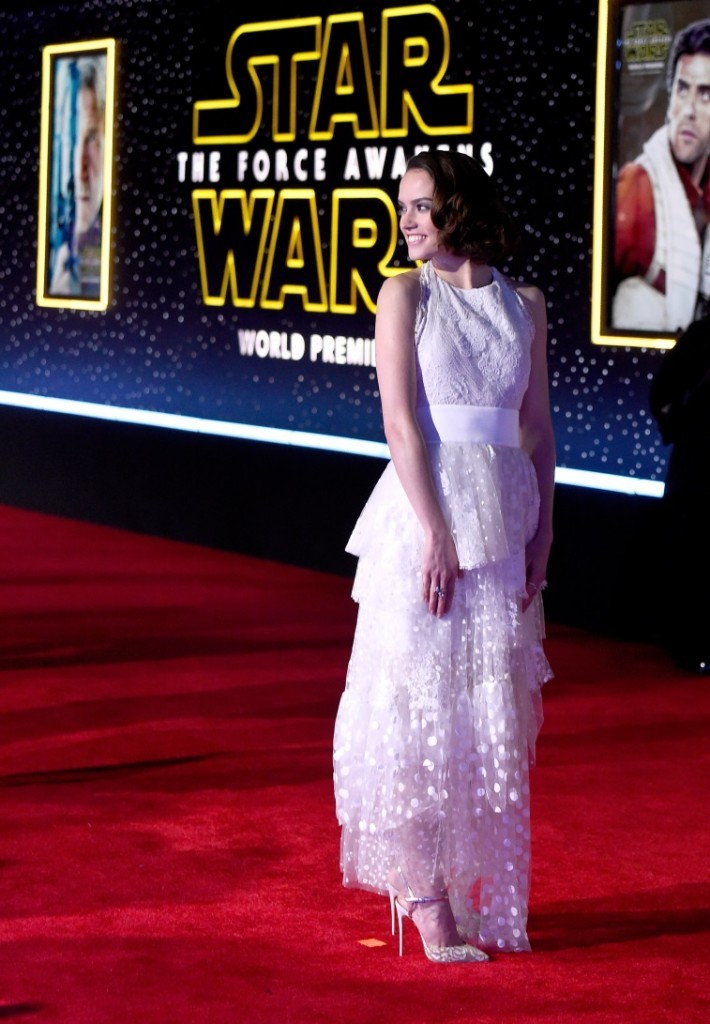 OK, so maybe this one’s a bit of a stretch, but when the new heroine of the latest Star Wars film dons a white, flowing dress, comparisons to Princess Leia and her iconic white gown are bound to follow.

Not only did recording artist Janelle Monáe borrow Leia’s hairstyle from Return of the Jedi, she also appears to have borrowed the windscreen design from a TIE fighter for the pattern on the front of her dress.

Gina Rodriguez – “The Two Sides of The Force” 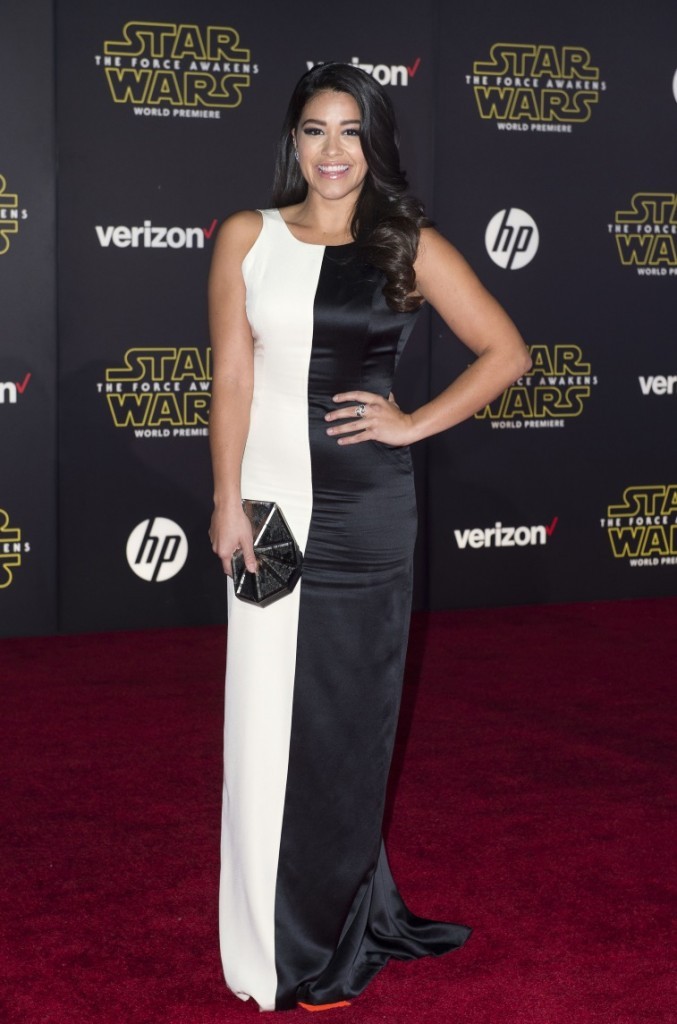 Why choose one side of the Force when you can wear both? Actress Gina Rodriguez wore a black-and-white dress that appeared to illustrate the dualistic nature of the mystical power that binds the Star Wars universe together. It’s either that or an Oreo or piano keys-inspired dress.

Nothing says Star Wars like the cinnamon buns hairstyle that Princess Leia made famous in 1977’s A New Hope. Sofía Vergara and Maria Menounos paid tribute to the galaxy’s most famous princess with their Leia-inspired hairstyles. 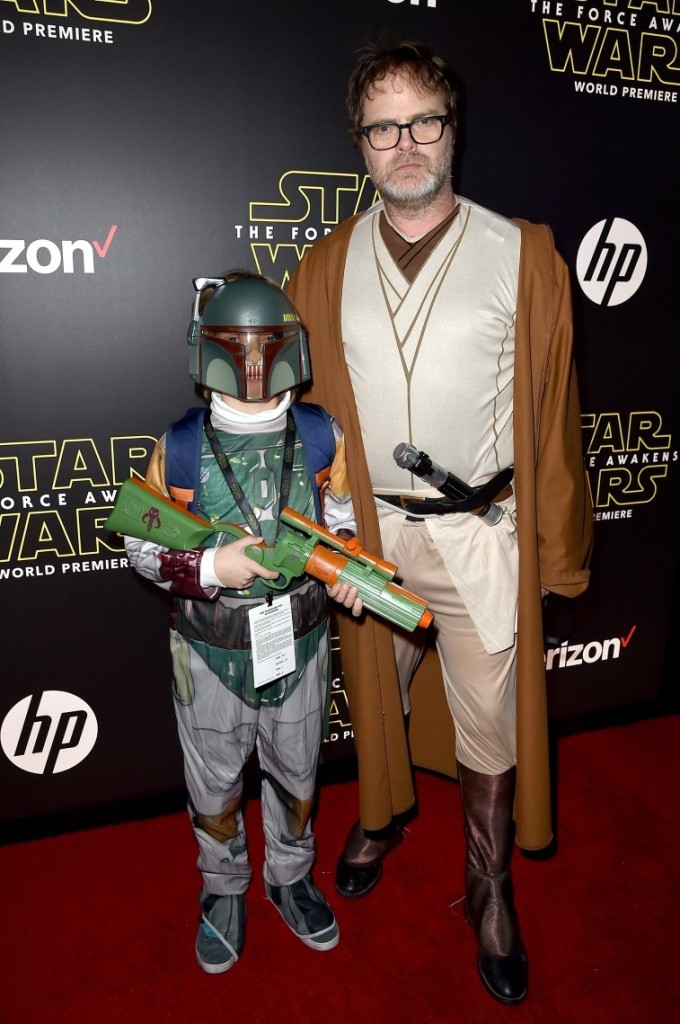 OK, so now we’re getting to the hardcore Star Wars fans. Rainn Wilson of The Office fame went all out when he attended the premiere with his son, Walter. Rainn dressed like Obi-Wan Kenobi, complete with lightsaber, while Walter dressed as Boba Fett, the galaxy’s most notorious bounty hunter. 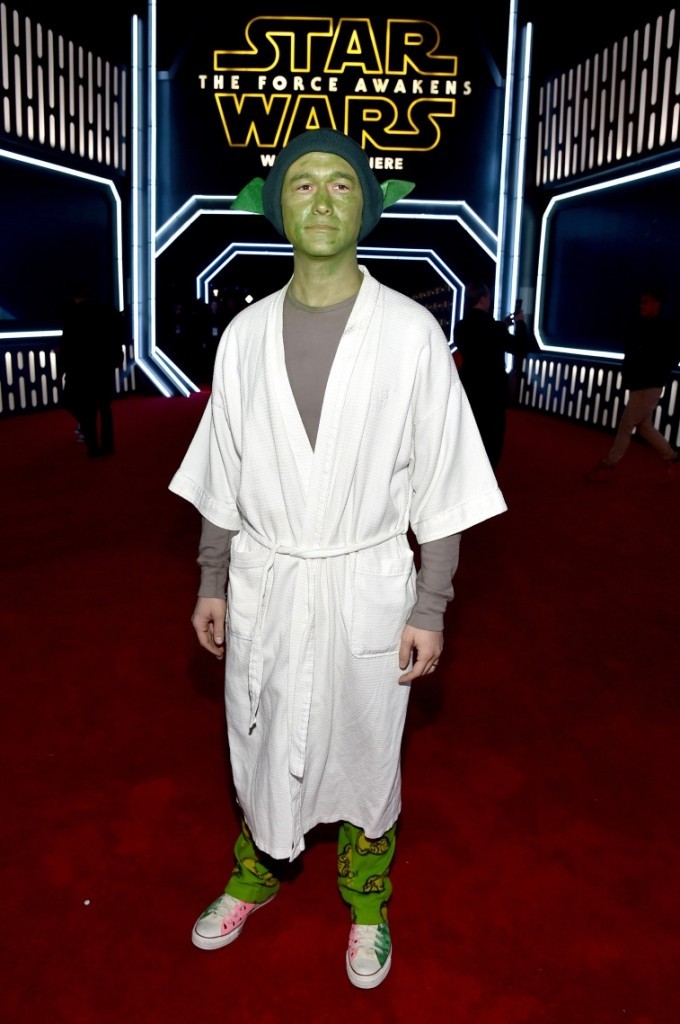 While we appreciate everything from the subtle Star Wars-inspired fashions to the professional costumes, we have to give major kudos to actor Joseph Gordon-Levitt for his homemade (possibly at the last minute) Yoda costume. Our favorite touch? The Grinch pajama pants. 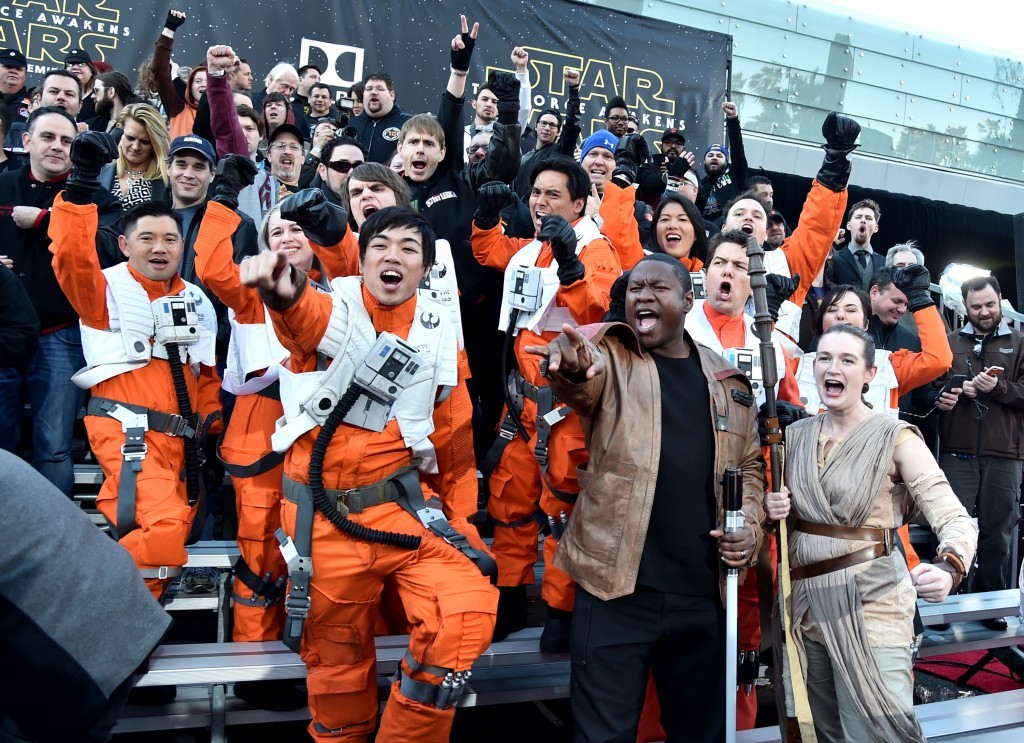 Last, but not least, we leave you with just a few of the inspired Star Wars costumes that fans wore at the premiere.