The passing of Carrie Fisher was a devastating loss both in and outside the Star Wars universe. She’ll always be remembered for her generous personality, her honest sense of humor, and for being true royalty to scores of fans. That being so, it’s worth going back and recounting all her most memorable moments as Leia Organa, as both a princess and a general. And while there are plenty to choose from, these are the ones that truly stand out as defining moments for a character that Star Wars simply wouldn’t be the same without. 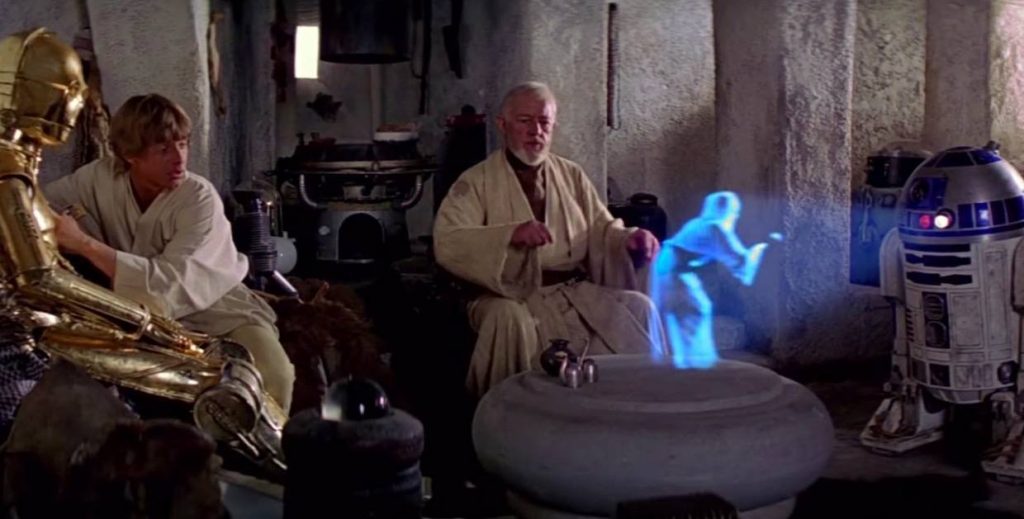 Before we ever really get to know Leia, we see her appear as a hologram, seeking out the help of Obi Wan Kenobi. It’s easily one of the most quoted lines of the original trilogy, acting as the call to adventure for our young hero. More than that, it’s the catalyst for Luke Skywalker’s entire journey. From her, Luke’s life will never be the same again, eventually going from a Tatooine moisture farmer, to a Jedi knight that would help destroy the Empire once and for all.

9. “I recognized your foul stench when I was brought aboard.”

Back in 1977, the idea of a fearless action movie heroine wasn’t exactly commonplace. Enter Princess Leia in A New Hope, and the game was changed forever. From the second she stepped on to the bridge of the Death Star, suggested Darth freaking Vader was a dog on a leash, and then straight up challenged Grand Moff Tarkin’s hygiene habits, it was clear that Leia wasn’t someone to be trifled with. Plus, it was that singular moment that set the tone for her character throughout the original trilogy and beyond, clearly establishing her as far more than your run-of-the-mill damsel in distress.

8. “Aren’t you a little short for a Stormtrooper?” 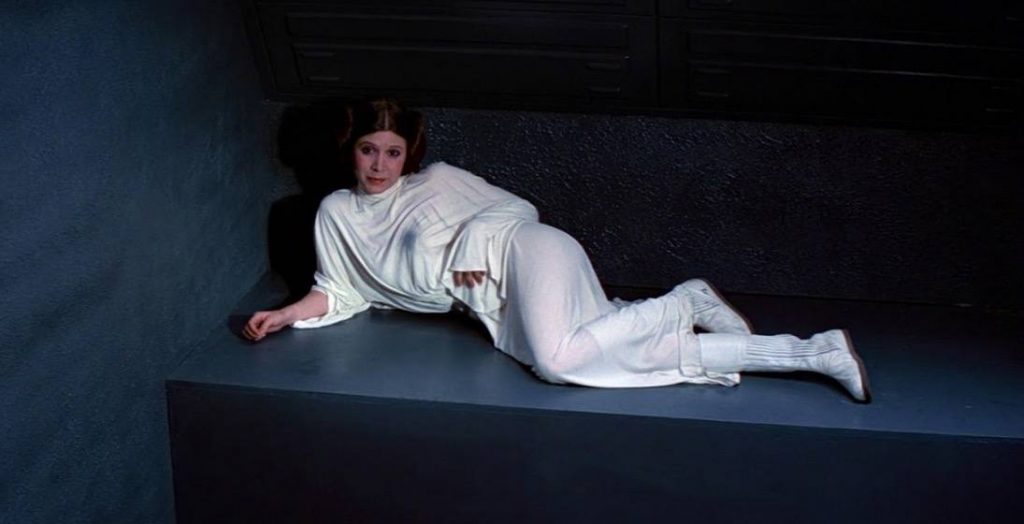 By the time Luke walks into Leia’s cell disguised as a Stormtrooper, she’s been tortured, bullied, and forced to watch her home planet destroyed in a single instant. Suffice it to say, most people would have lost their will to live at this point. She instead glances at the apparent Stormtrooper ogling her and makes fun of his goddamn height. We of course know that Luke was there to rescue her, but it’s still worth reflecting on how nothing could ever dull her boldness. 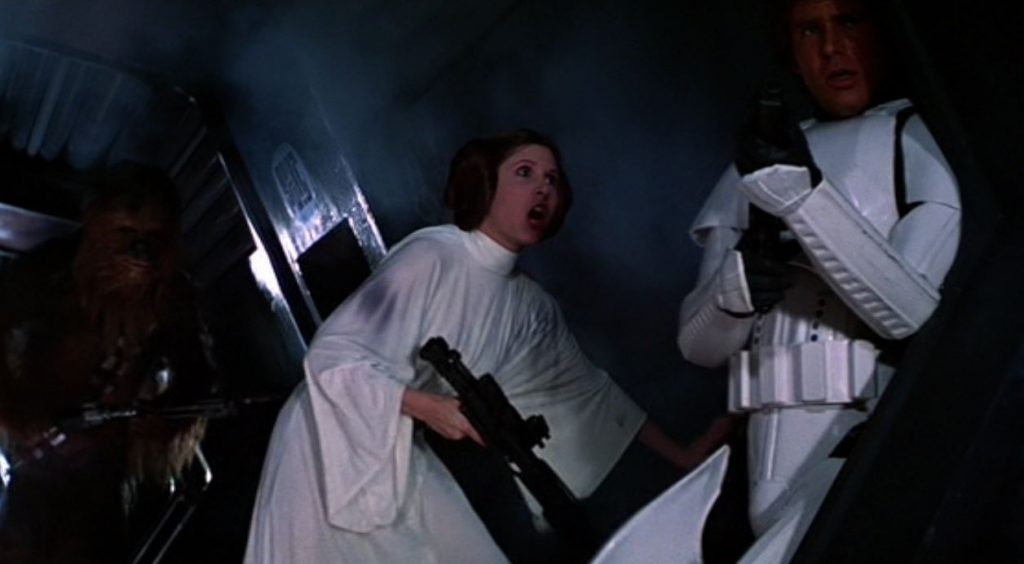 Even after getting rescued by Han, Luke, and Chewie, Princess Leia proved she wasn’t one to simply follow her saviors blindly. In fact, she ended up saving them instead, grabbing a gun, blowing open the trash chute, and then ordering everybody inside. It’s not hard to see how Leia was constantly the brains of the operation, saving everyone from certain death after Han and Luke had got them all cornered in a nigh inescapable narrow hallway. 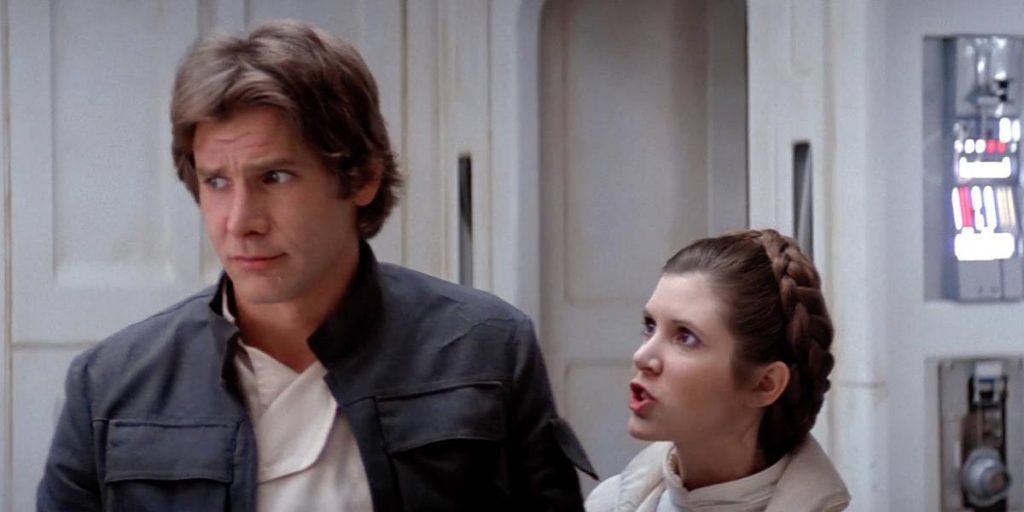 Han Solo and Princess Leia in The Empire Strikes Back | Lucasfilm

Part of what made Han Solo and Princess Leia’s relationship so compelling in the original trilogy was the way in which they constantly were at odds with each other. We all know they eventually ended up marrying post-Return of the Jedi, and part of what drove that marriage was the white hot conflict that they shared. This came to a head in The Empire Strikes Back, when Leia completely unloads on Han, after he deigns to suggest that she might have feelings for him. Sure, as it turns out she actually did, but don’t let her catch you trying to tell her how she feels about anyone or anything.

5. Leia backs down Jabba the Hutt with a hand grenade

Princess Leia in disguise in Return of the Jedi | Lucasfilm

In Return of the Jedi, much of the first act revolves around a plot to rescue Han Solo from Jabba the Hutt. It begins with Lando, C-3PO, and R2-D2 infiltrating Jabba’s palace, followed by Leia, posing as a bounty hunter looking to cash in on the capture of Chewbacca. During her exchange with Jabba, rather than simply handing over Chewie for the posted bounty, she threatens to blow up the entire palace over a few extra dollars. The price of the bounty was never integral to the plan, and yet still she saw fit to violently threaten and haggle with the most feared crimelord in the galaxy.

4. The death of Jabba the Hutt 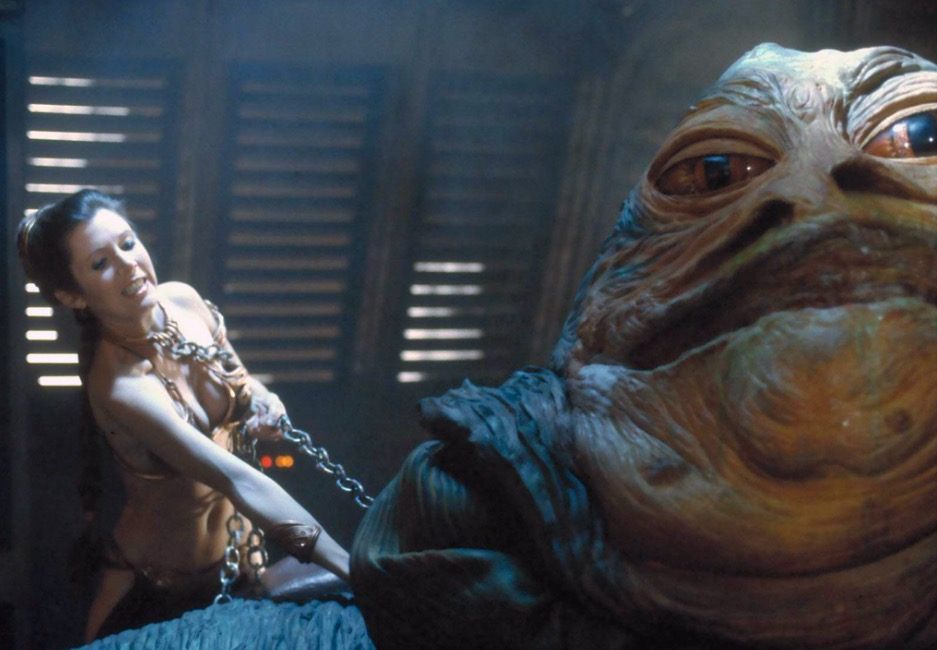 While some might remember Leia in Return of the Jedi for her gold bikini, it’s how she got out of that situation that’s truly memorable. Even in the midst of a successful rescue mission, she wasn’t going to allow herself to simply wait for the men to help her. Taking the chain used to keep her captive, she wraps it around the neck of Jabba the Hutt and ends his life, forever earning her the title of Hutt Slayer.

The Force Awakens gave each of the original Star Wars heroes a chance to come out and take a bow. It wasn’t until a good ways into the film though that Leia, now a full-on General, stepped onto the stage. Having brought the Resistance forces to Takodana to thwart the First Order, it was the first meeting between her and Han in years, and it’s one that carried a whole lot of emotional weight. They only exchange a few words to kick off the conversation, but it’s not hard to sense the subtext rooted in their long history together.

2. Sharing one final goodbye with Han 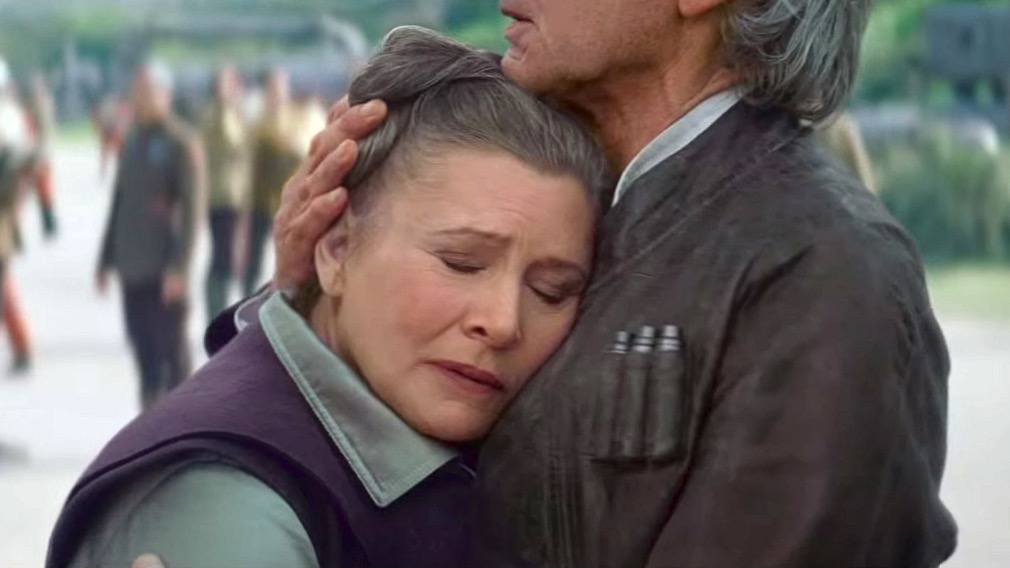 Leia and Han in The Force Awakens | Lucasfilm

Before he falls at the hands of his own son, Han Solo gets a chance to share one final embrace with his lifelong companion. You can sense that the two are aware this could be their last moment together, and as the hug lingers, you see them both realizing just how prescient that feeling might be. Later on, we see her sense Han’s death through the Force, making this scene that much more heartbreaking. 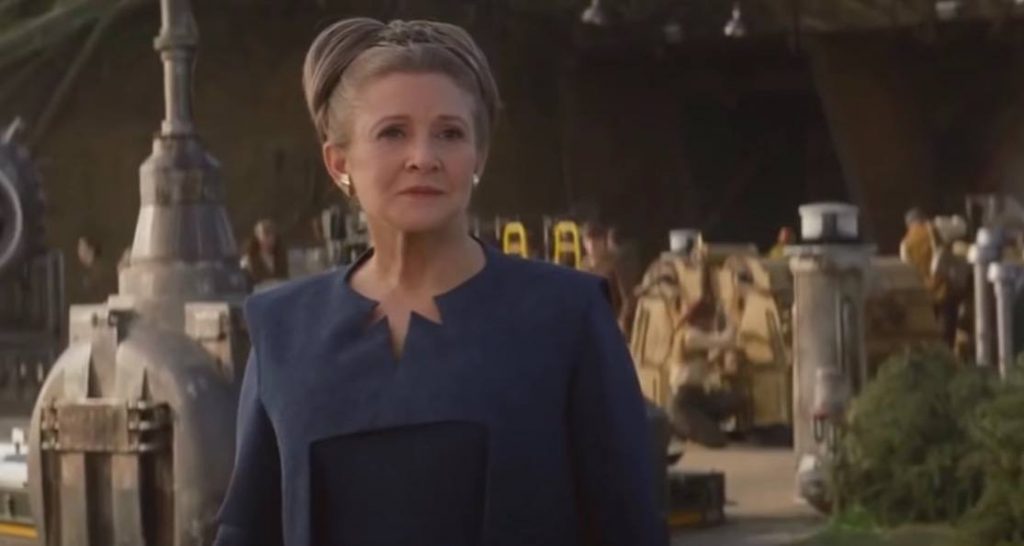 It’s surprisingly difficult to find a sci-fi/adventure film that passes the Bechdel Test. For the uninitiated, the Bechdel Test refers to a movie featuring two female characters having a conversation where they don’t mention a man at all. The Force Awakens comes in just under the wire, with Leia seeing Rey off on her mission to track down Luke, telling her simply: “May the Force be with you.”