Star Wars is a franchise that’s featured its fair share of iconic villains. Darth Vader and Emperor Palpatine are both remembered as the terrifyingly effective duo responsible for extinguishing the Jedi Order, and forming the oppressive Galactic Empire. Throughout the first six films though (and more specifically the prequels), George Lucas has given us his fair share of poorly constructed villains that don’t deserve to exist in the same universe as some of our favorite characters.

For the most part, this “worst of” list includes bad guys who had no business in the Star Wars universe. These are the ones that made no sense in terms of what their motivations were, how they were depicted, and eventually, how they met their respective ends. Not everyone can be Darth Vader, but it hardly seems like too much to ask to have a villain be someone we actually enjoy seeing on-screen. A disclaimer: Darth Maul doesn’t make this list despite his two-line performance in The Phantom Menace, thanks to the large part his character played in the Clone Wars cartoon series. 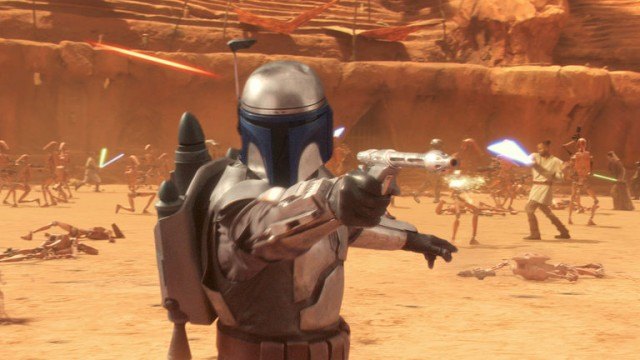 Boba Fett may not have said much in the original trilogy, but that didn’t stop him from becoming one of the most popular characters in the franchise. If we’re being honest, most of that was based on a cool-looking costume — but that doesn’t make him any less awesome in the mind of 13-year-old you. Knowing that, the appearance of Boba’s father, Jango Fett, could actually have lent some depth to a character who was mostly a blank slate. Instead, we got a haphazard backstory about Jango being the template for the Republic’s clone army, and an unceremonious decapitation at the hands of Mace Windu. Sadly, there’s no such thing as a noble death when it comes to the Fett family. 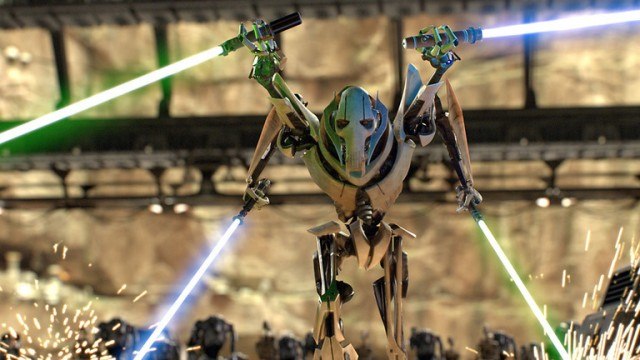 Grievous is a character whose backstory could have used far more exposition than it ended up getting once he arrived on the scene in Revenge of the Sith. When he first appeared in Episode III, he was a lightsaber-wielding cyborg alien with emphysema, and that was about all we knew. The Clone Wars cartoons did what they could to explain away the suddenness of his appearance, but there’s no hiding the fact that he was an unnecessary window dressing in an already cluttered prequel trilogy. 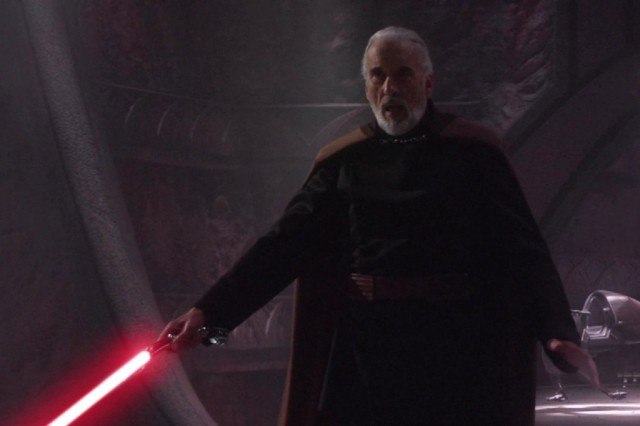 Speaking of unnecessary villains, none are more notable than Count Dooku. Dooku appeared out of nowhere in Attack of the Clones, billed as an ex-Jedi leading the Separatist rebellion against the Republic. This introduction came with a couple problems: First off, a powerful ex-Jedi-turned-Sith apparently trained by Yoda likely should have been mentioned somewhere in Episode I. Second, we’re supposed to see him as a credible enemy despite knowing virtually nothing about him or where he came from. His oddly sudden presence ended one movie later, when he was just as abruptly killed off in the first 15 minutes of Revenge of the Sith.

This one applies primarily to the original trilogy Stormtroopers, and not the clones we see in the prequels. The Stormtroopers we see in Episodes IV through VI number themselves among some of the most ineffective henchman in film history. In three movies, they hit all of one main character with a blaster bolt, and even then only managed to graze an arm in the process. However, their true low point came in Return of the Jedi, when troops who were allegedly some of the best the Empire had to offer found themselves beaten by a tribe of Muppet teddy bears with spears. For shame, Stormtroopers. For shame. 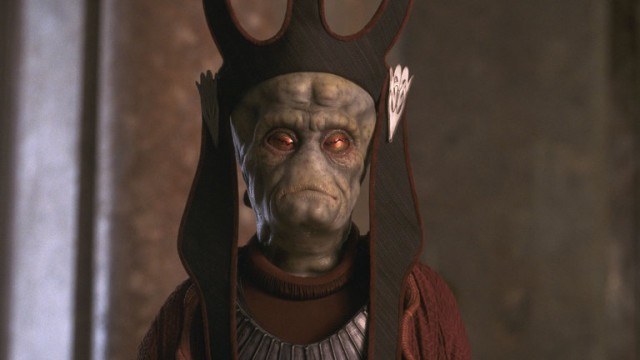 For anyone who doesn’t recognize Nute Gunray by name, perhaps you know him as the vaguely ethnic Trade Federation leader who attempted to seize control of Naboo in The Phantom Menace. His entire portrayal is off-putting at best and horribly offensive at worst. Why his character was given an Asian accent that sounded straight out of a ’50s Batman serial is beyond us, but Nute occupies the No. 2 spot on this list as a result.

Before you get upset, no, we don’t mean Darth Vader. We mean Anakin circa the last half of Revenge of the Sith, when a character we spent two movies getting to know was inexplicably tricked into becoming evil. You’d think that a moody, whiny 20-something would be far more palatable as a villain, but instead what we got was… well, see for yourself.

It’s nothing good, and it makes you really yearn for the decidedly more stoic Darth Vader we see in A New Hope. Thankfully, the days of this Anakin are officially behind us, now that The Force Awakens has been released.