‘Star Wars’ Rankings: The 10 Most Powerful Sith Lords in the Entire Saga

With the latest Star Wars film recently hitting theaters, we thought you should probably familiarize yourself with some of the Star Wars canon. We have compiled our list of the Stars Wars universe’s most powerful Sith lords in the galaxy. Here are our top 10 lords, both in the old expanded universe, and the new canonical stories from Disney.

Freedon Nadd was a Jedi Knight of the Old Republic turned Sith lord. His conscious decision to turn to the Dark Side left repercussions for centuries to come. Freedon Nadd eventually became a Dark Lord of the Sith, and upon his death, his tomb became a focal point of dark energy. This allowed him to pass on Sith power for generations to come.

Next: He made it so he could live forever.

At the age of 10, with a single thought, Darth Vitiate killed his father. After apprenticing for years, he was capable of killing off an entire planet. In the process, he also killed a lot of Sith lords and absorbed their power. With that power, he was able to become almost completely immortal. He ended up dying after a couple millennia.

Next: He leads a war against the entire galaxy. 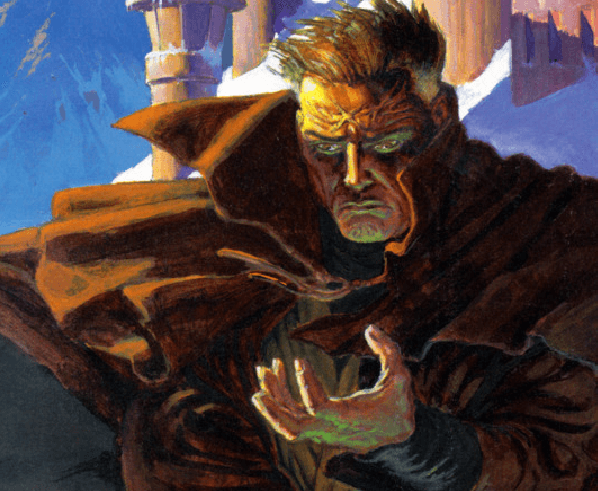 Droma was an Old Republic Jedi Knight who served honorably for some time. He is even credited with banishing Freedon Nadd’s spirit from its home planet of Onderon. Eventually, Droma would allow his emotions to get the best of him, and on a path of vengeance, he fell to the Dark Side. From there, he leads a war against the entire galaxy and eventually almost takes down the Old Republic.

Next: He literally haunted everyone. 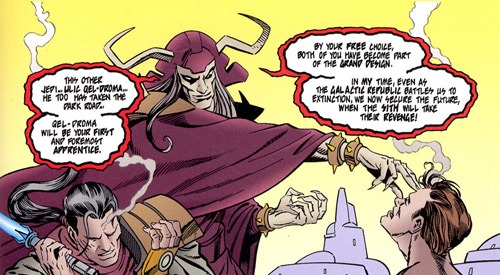 Ragnos was a particularly powerful Sith lord that ruled for over a hundred years during his life. After he died, his Force ghost determined the leadership of the Sith for millennia to come. He even chose Exar Kun and Ulic Qel Droma as Sith lord and apprentice, respectively, in the middle of a battle for power.

Next: You’ve done his voice.

Darth Vader, originally Anakin Skywalker and a Jedi, was set to become the most powerful Jedi of all time. He had the highest midi-chlorian count of any before him. Vader apprenticed under Darth Sidious, but never met his full potential as a Force user, with most of his body reduced to robotic parts and machinery after a near-fatal duel with his old master, Obi-Wan Kenobi. He was defeated by his own son, Luke Skywalker.

Next: He could create life.

Darth Plagueis was the wisest of all the Sith lords. His knowledge of midi-chlorians gave him the power to create life where he saw fit. That meant he could bring back those who had died. Darth Plagueis was also the master to Darth Sidious, and passed on much of his dark knowledge to Sidious. Sidious murdered Plagueis in his sleep, but not before he could find out the secret to eternal life.

Next: His influence lasted centuries and ultimately led to the collapse of the Jedi.

Darth Bane was a Sith lord who ruled a thousand years before the Clone Wars. He was the only one to survive the destruction of the Sith during the ensuing war between the Jedi and the Sith. Bane saw that the only thing that destroyed the Sith was the infighting between the Sith lords. He then created the rule of two, decreeing that there can only be two Sith at any given time: a master, and an apprentice.

The Sith would operate in the shadows and slowly take the Jedi down from the inside. That plan’s culmination was seen at the end of the Clone Wars, with the rise of Emperor Palpatine and his own formidable apprentice, Darth Vader.

Next: His role was pivotal to both the Jedi and Sith.

Revan was a star Jedi pupil in the Old Republic and studied under many masters. His thirst for knowledge was almost unmatched. His path toward the Dark Side started with a noble cause to aid in the Mandalorian Wars. He defied the Jedi Council’s wishes to not be involved and gathered supporters of his cause. He won battle after battle pushing the Mandalorians back to their home planet of Malanchor V, where he unleashed a super-weapon.

The weapon, known as a mass shadow generator, killed both friend and foe alike, destroying the entire planet. He later became so powerful as both a Jedi and a Sith that his mind fractured, becoming two separate entities. His role was pivotal for both sides of the Force throughout his life.

Next: He rocks a double-bladed lightsaber.

Exar Kun, Sith master to Ulric Qel Droma, led the battle against the Old Republic and Jedi in the Jedi-Sith wars. Exar Kun was the first Sith or Jedi to wield the double-bladed lightsaber (sorry, Darth Maul) and unveiled it when he broke Droma out of a Jedi Council sentencing, killing Supreme Chancellor Sidrona.

He was later killed by his own apprentice, Droma, but was able to separate his spirit from his physical form, where he stayed for a few millennia. In the old Expanded Universe (now no longer canonical), he later tried to corrupt Luke Skywalker’s apprentices, and even succeeded with one.

Next: The most powerful and cunning of them all.

Originally Senator Palpatine, and Darth Plagueis’ apprentice, Darth Sidious exacted the ancient plan of Darth Bane to slowly corrupt the Jedi from the inside, and ultimately bring them down. His power and swordsmanship are only matched by his political prowess and cunning. His death was later brought on by his own apprentice, Darth Vader, but he had reached full potential with his absolute control of the Dark Side. He ended up bringing down the entire Jedi and took control of the galaxy in one fell swoop, making him our pick for the most powerful Sith in the entire Star Wars saga.