‘Star Wars: Rebels’: What Fans Can Learn From This Show

When Disney purchased Lucasfilm in 2012, it marked the dawn of a new hope for Star Wars fans. While the original trilogy remains highly revered, the prequels had tarnished the series’ legacy in the eyes of many longtime fans. J.J. Abrams’s Star Wars: The Force Awakens — set 30 years after Return of the Jedi —  continued the story with a successful blending of the timeless storytelling and modern effects of the two trilogies, respectively. However, there’s one vital piece of the story that fans may be missing.

In 2014, Disney XD aired the series premiere of a new animated series titled Star Wars: Rebels, designed to be a replacement/companion to Cartoon Network’s popular Star Wars: The Clone Wars. Despite its place on a network aimed almost exclusively at younger viewers, the show — which chronicles the early days of the Rebel Alliance — is a far more sophisticated piece of storytelling than some may assume. Moreover, Lucasfilm itself has decreed both Rebels and The Clone Wars to be official additions to the stringent new canon of the Star Wars universe. If that doesn’t make fans reconsider checking out Star Wars: Rebels, here are a few more reasons why it’s must-see programming for fans of the films. 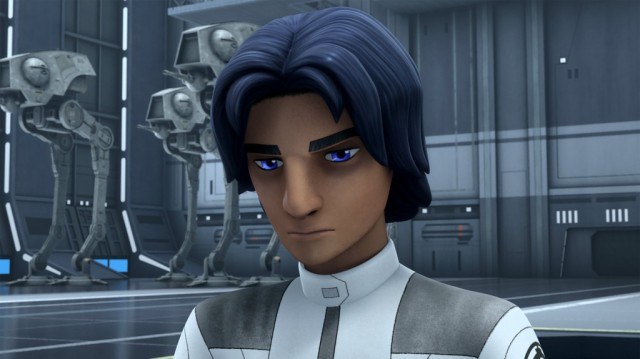 While a series focusing on the rise of the rebellion against the Empire could at first call to mind the controversial emphasis on galactic politics in the prequel trilogy, the show does an admirable job at demonstrating how the Rebel Alliance evolves. Rather than highlighting senators and other figures, Rebels follows the crew of a freighter starship known as the Ghost, the captain of which is a Jedi survivor named Kanan Jarrus (voiced by Freddie Prinze Jr.) who kept his lightsaber locked away following the events of Revenge of the Sith. When teenage con artist Ezra Bridger (Taylor Gray) crosses his path, Kanan takes it upon himself to train him in the ways of the Force. The pair and their team of allies — all of whom are memorable characters in their own right — regularly face off against Imperial forces and the Inquisitors, dark Force users sent by Darth Vader himself to extinguish any remaining Jedi across the galaxy.

In doing so, the show’s narrative directly bridges the gap between Revenge of the Sith and A New Hope, explaining the origins of some of the material in the original trilogy. Along the way, it even incorporates connections directly to The Clone Wars itself, acknowledging that both shows exist within the same universe as the films. Rumor even has it that Rebels will factor into the story of The Force Awakens. Veteran actor Max von Sydow is confirmed to appear in the film in an as-yet-unspecified role, and some fans are theorizing that he could be playing an aged version of Kanan Jarrus himself. If that’s the case, moviegoers who see the new film in theaters could be missing out on a crucial piece of the puzzle without having seen Rebels.

Even more enticingly, the show leaps at every opportunity to bring beloved characters from the films into the storyline. Actors James Earl Jones, Billy Dee Williams, Anthony Daniels, and Frank Oz have all reprised their original trilogy roles of Darth Vader, Lando Calrissian, C-3PO, and Yoda, respectively, on Rebels, and characters like Obi-Wan Kenobi, Emperor Palpatine, Bail Organa, and Grand Moff Tarkin have all appeared, adding new dimension to the story and directly referencing the films at times. For instance, the pilot of Rebels shows viewers the message Obi-Wan recorded to warn his fellow Jedi not to return to the temple following the beginning of The Great Jedi Purge. It’s that kind of attention to the rich Star Wars mythos that makes the series such a worthwhile endeavor for fans.

Considering that Star Wars: Rebels is only in its second season, now is the perfect time for fans eager to be in the know on the new Star Wars canon to hop aboard the series. Its tone hews remarkably close to the spirit of adventure featured in the films, with all the thrilling battles, exotic locales, and bizarre creatures that fans would expect. Best of all, the series’s narrative is dark and complex enough to please adult fans as well as bright, colorful, and enthusiastic enough to placate their children as well. Certainly, Rebels is an addition to the Star Wars saga that has exceeded expectations and proven to be just as well-constructed and substantive as the films themselves. So before you get in line for The Force Awakens, why not get up to speed? Lord Vader is awaiting your arrival. 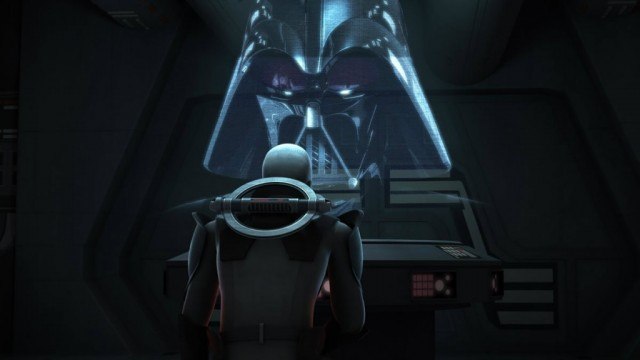