‘Star Wars’ Signals: Will ‘Episode VIII’ End With a Cliffhanger?

We were left with plenty of questions after the film, Star Wars: The Force Awakens. One such question involves Poe Dameron, and how he survived on Jakku following his escape from the First Order. The only explanation offered to us in the film involved Poe being thrown from the crash site, waking up, and eventually making his way back to the Resistance. Thanks to the newest LEGO Star Wars video game, LEGO Star Wars: The Force Awakens, that gap in time has now been filled in.

As part of a Level Pack DLC titled “Poe’s Quest for Survival,” we see the him meeting a scavenger named Naka Iit, who takes him to a remote village on Jakku. The village eventually becomes overrun by a roving gang called the Strus Clan. Poe helps in the fight against the gang, and after it’s all done, finally gets off the planet to resume his role as a Resistance fighter pilot. It’s worth noting that all the various LEGO Star Wars properties play fast and loose with the franchise’s canon, but this is as a good an explanation as any for Poe’s time stranded on Jakku.

2. Rumors surface that Episode VIII will end with a cliffhanger

It makes sense for any middle chapter in a trilogy to be open-ended by the time the credits role. That said, we’ve never been guaranteed a full-blown cliffhanger. Episode VIII may have guaranteed us just that though.

Franchise mainstay Warwick Davis recently stated in an interview that the saga is “moving into the territory of Episode VIII very soon as well, and much like Empire Strikes Back I’m sure it’s going to deliver some quite impactful story moments, and it’ll leave us with some cliffhangers as well, which resolve in Episode IX.” We obviously don’t know the exact specifics of what that cliffhanger will entail, although it’s interesting nonetheless to hear a cast member confirm it’s happening. 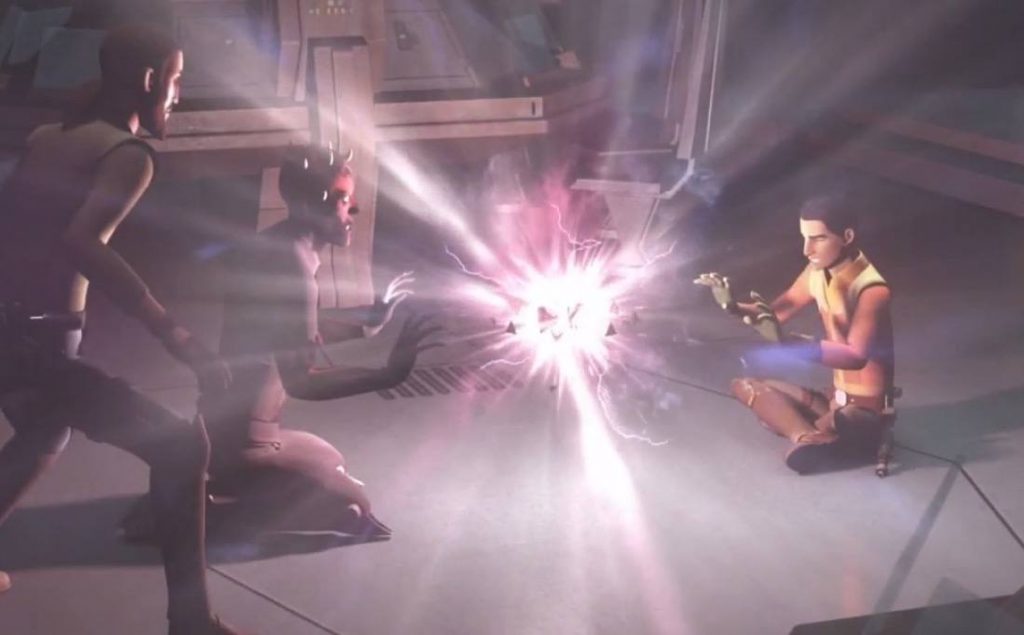 Star Wars Rebels has long teased at potential connections to the main trilogies. The animated series’ latest episode may have given us our strongest link yet, coming in the form of a Force vision for young Jedi-in-training, Ezra Bridger. Unlocking the secrets of Sith and Jedi holocrons, Ezra sought to find the key to destroying the Sith once and for all. While he didn’t quite get a solid picture, what he did see was telling: twin suns. As we know already, Luke Skywalker, who destroyed the Sith at the end of Return of the Jedi, grew up on Tatooine, a planet that just so happens to have two suns. Showrunner Dave Filoni has been predictably cagey about whether or not it was a direct reference to Luke, but it seems feasible all the same.

Details concerning Disneyland’s Star Wars addition have been few and far between in recent months. Construction has finally kicked into full gear now though, and with it comes a bunch of intriguing information on what we can expect. A source tells MiceChat that the experience will be “more akin to Renaissance Faire cosplay than a theme park land,” with a goal of creating a fully immersive environment for fans. The source also describes the Stormtrooper Escape Battle ride, talking about how you’ll “rush to your wireless and trackless vehicle and board and then disembark and re-board the vehicles on different levels of the massive ride building several times during the course of a long experience, all while under attack by Stormtroopers.”

If even a small portion of this ends up being true, we could be in for a spectacular theme park experience.