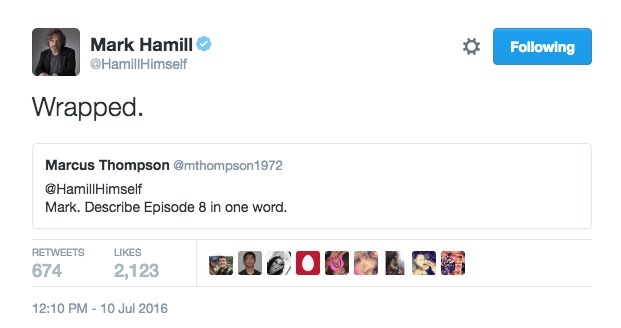 While most of us are buzzing about the impending Rogue One trailer, the Episode VIII train continues to run at full steam for Lucasfilm. The second installment in the new trilogy doesn’t release for another year and a half, but already the shooting schedule has come to a close. Mark Hamill managed to confirm as much in a one-word tweet (above), later leaking video from the wrap party featuring a team of dancing Stormtroopers (no really). There’s still work to be done in post-production, but it’s still encouraging to see the film operating on schedule, especially after its release date was pushed out a full seven months. 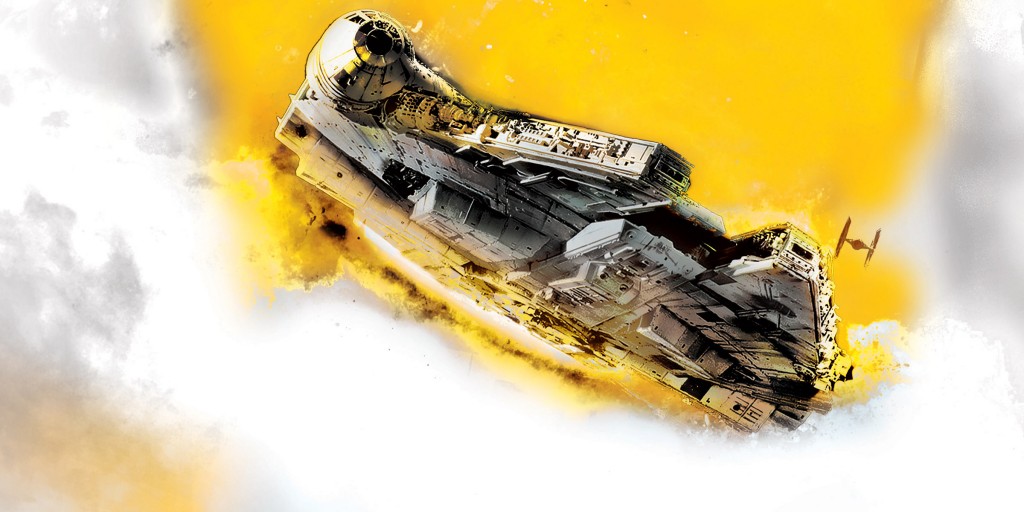 We’ve seen a steady stream of Star Wars novels get released over last year, each giving us a small slice of insight into Disney’s new canon. Even among all these books though, it’s Chuck Wendig’s Aftermath trilogy that ties in the most to the the post-Return of the Jedi story. The first installment released right before The Force Awakens, painting a picture of the galaxy right after the Empire’s defeat at the Battle of Endor. The next chapter in the trilogy, Life Debt, focuses on Han and Chewie, as they embark on a secret mission to liberate the Wookiee homeworld of Kashyyyk. The sum total: a book packed with enough Star Wars to keep us tided over until Rogue One. 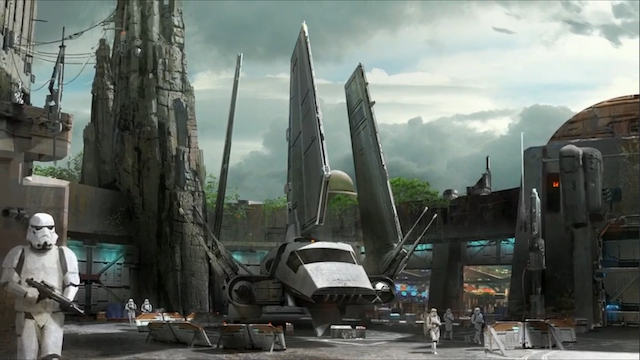 One of the biggest benefits to Star Wars joining the Disney family is its coming integration into the Disneyland theme parks. We’ve even gotten a fair share of details on the project as its come along in its early days, with the latest coming in the form of a promotional image at Disneyland itself. Per Yahoo:

Nestled amongst towering rock formations, trees and jungle-type shrubbery, the scene depicts a thriving port which contains a seemingly familiar architecture of markets, landing zones and buildings, along with some iconic additions including an Imperial Shuttle, a Blockade Runner and the Millennium Falcon, which is expected to be one of the main park rides.

If there was ever a more noble use of a theme park expansion, we challenge you to find it. More Star Wars Land please.

4. A Rey theory that might just be crazy enough to make sense 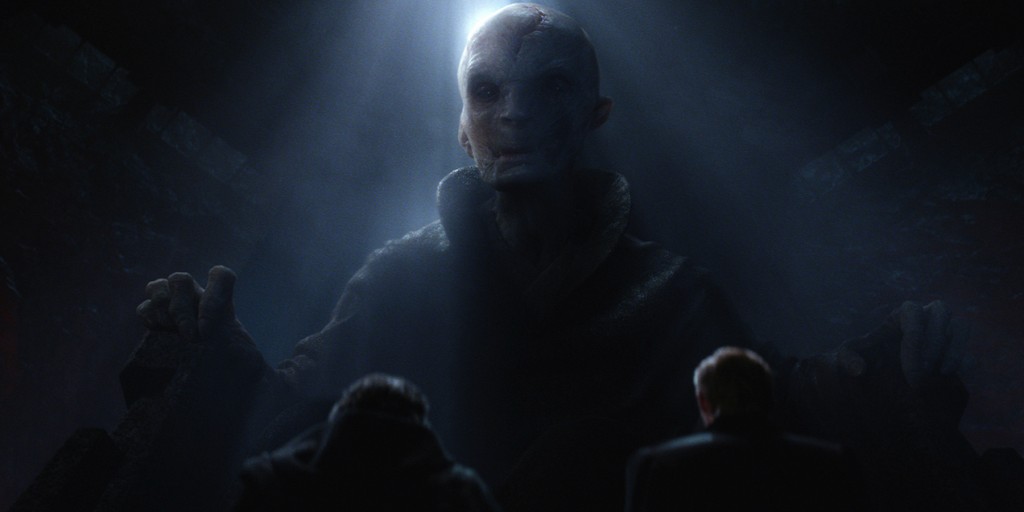 There’s been no shortage of theories related to Rey’s true identity leading into 2017’s release of Episode VIII. It’s all we have right now as fans, sans any concrete information from the Lucasfilm storytellers. The latest comes to us from Reddit (surprise!), and if you squint hard enough, it begins to actually make a whole lot of sense. The gist: Rey is a Force experiment created by Snoke, using the DNA of Luke Skywalker pulled from his severed hand circa Empire Strikes Back. A scientist sympathetic to her cause then fakes her death, and stashes her on Jakku to hide her from the First Order (hence the reason Snoke doesn’t seem to directly recognize who she is in The Force Awakens). For lack of a better answer, this checks out surprisingly well.