1. A fan-film imagines a future where the Empire never fell

Part of the beauty of Star Wars’s status as an iconic franchise is the art it inspires among its fanbase. It’s the realm of fan-films where we’ve really seen people’s work shine. Already we’ve gotten an incredible Darth Maul short, which is just one among many other truly stunning pieces of work from young filmmakers. The latest is Call of the Empire, a fan-film positing a post-Return of the Jedi world where the Empire never actually fell. It’s a tragically brief two and a half minutes, but with special effects and an impressive set design, it grabs your attention immediately. Check it out above and see for yourself; we guarantee you won’t regret it. 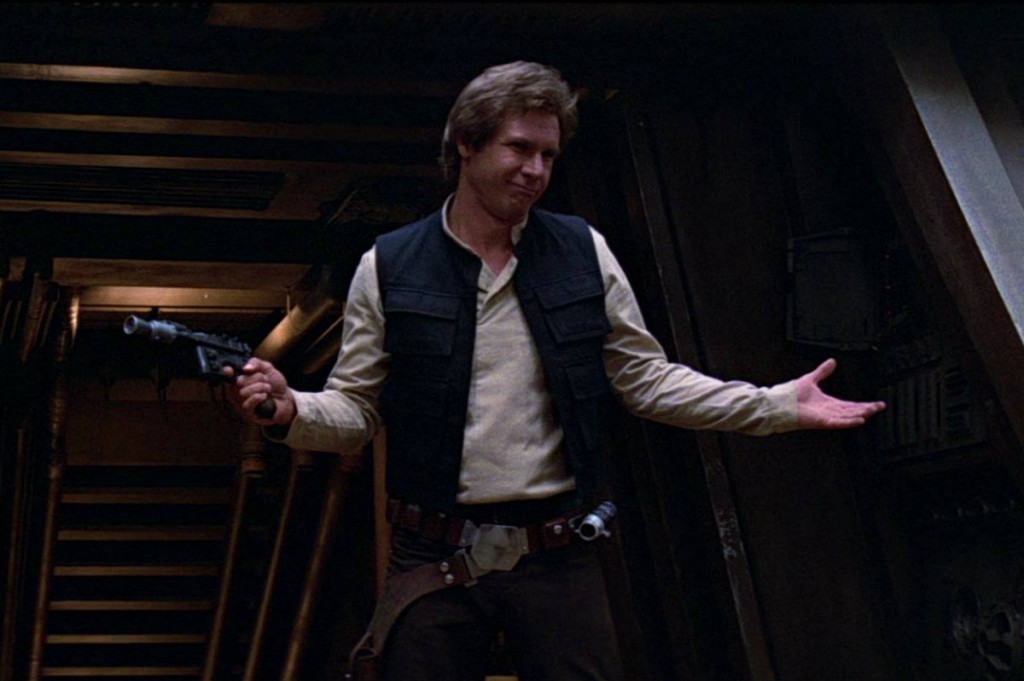 We all know Disney and Lucasfilm plan to make Star Wars movies in nigh infinite quantities, vowing to keep the franchise alive for as long as it remains profitable (read: pretty much forever). How they’ll manage to do that beyond the new trilogy has been hard to tell, although we’ve begun to see the studio testing the waters with the Star Wars Anthology Series that released Rogue One: A Star Wars Story. We’ve been promised two additional Star Wars Anthology Series projects, the second of which will star Alden Ehrenreich as a young Han Solo.

Even two years away from the Phil Lord and Chris Miller-led Han Solo origin story, we’re already beginning to hear rumblings of plans for a full-blown trilogy. NY Daily News cites sources on the inside that claim, “Disney has quietly signed the 26-year-old ‘Hail, Caesar!’ star to a three-picture deal,” referring to Ehrenreich’s recent casting as Han Solo. Their source goes on to note how they “feel that his character has the right potential to become a central figure in several movies.” Sans an official announcement, a three-picture deal can mean any number of things. That said, Star Wars is famous for nothing else if not its three-part storytelling.

3. A hilarious fake casting call for a young Han Solo

Not all Star Wars related news pertains to huge announcements and big movie deals. There’s also plenty of time to sit back and laugh, thanks to a sketch from Conan O’Brien that brings together a host of celebrities for a fake Han Solo casting call. In it, we see the likes of 50 Cent, Melissa McCarthy, Jeff Goldblum, and more, doing their best Harrison Ford impression on-camera. Alden Ehrenreich may already have the part, but he best watch his back with the righteous fury of Melissa McCarthy waiting in the wings.

There’s been no shortage of theories concerning the true identity of Rey in Star Wars: The Force Awakens. Some think she’s the reincarnation of Anakin Skywalker. Others still claim she’s the offspring of Jyn Erso in Rogue One. The latest theory comes to us from a lengthy YouTube video, breaking down all the striking similarities between Rey and the long-dead Emperor Palpatine. The basic gist: Rey’s Force-sensitivity and fighting style mirror that of Palpatine’s, while her position on the “bad guys” portion of Star Wars: The Force Awakens‘s poster implies a connection to the dark side. Hey, it’s not the craziest theory we’ve seen, and that’s really saying something.