There’s been plenty of guesswork surrounding Star Wars: The Force Awakens, rooted largely in the fact that J.J. Abrams and friends have been mum on details concerning even the most basic of story elements. This has left fans to comb over the various trailers and teasers released by Lucasfilm, looking for clues as to what we can expect. There’s certainly nothing wrong with this methodology, but let’s be honest: Deep down inside, you don’t want this spoiled for you.

That need to be surprised though extends mostly to avoiding actual footage, especially in the wake of Lucasfilm’s whopping five TV spots. Knowing that, there’s no harm in formulating theories in the meantime, based only on what seems to be most likely. Each and every one of these is based entirely on conjecture, and has the potential to be either completely right, or absolutely wrong come opening night. Here’s what’s circulating around as the predominant guesses.

1. Luke Skywalker is the real villain

The biggest question on every fan’s mind throughout the promotion cycle for The Force Awakens has been simple: Where is Luke Skywalker? He’s notably absent from the official poster for the movie, only barely makes an appearance in the initial teaser trailer, and we have no idea what he’s been up to since Return of the Jedi. Many believe that even his inclusion on the poster would spoil his role, and others still go as far as saying he’ll actually be our primary villain of the new trilogy.

We know from the downfall of his father Anakin that both good and evil exists within the Skywalker family, and there’s a strong possibility that Luke has gone down the path of Darth Vader in the decades following the Battle of Endor. It would certainly make for a “Luke, I am your father” type of twist, putting heroes like Han and Leia in a position where they’d have to battle a friend and brother.

2. Luke is going to be the Obi Wan Kenobi of the new trilogy 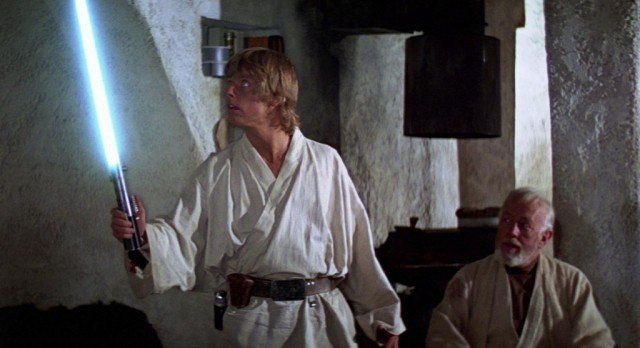 If Luke doesn’t end up being our villain, it would make sense if he filled the opposite role, as the mentor Obi Wan was to him in A New Hope. We’ve already seen Finn wielding Luke’s old lightsaber in promo images and the last trailer, so we know someone’s going to need some Jedi training. Who better to provide it than the only Jedi in the galaxy? Still though, it seems pretty clear that the new generation composed of Poe Dameron, Finn, and Rey will be the primary characters, so Luke could very well be sidelined the same way Obi Wan was.

3. Rey is Han and Leia’s daughter

The fact that Rey’s last name has remained a mystery hasn’t gone unnoticed, and it seems all too intentional. What we do know about her: She lives on Jakku alone, scavenges for parts in a crashed Star Destroyer, and seems generally competent and self-reliant. It would follow logically if she was the offspring of Han and Leia, hidden on Jakku from the New Order in the same way Luke was on Tatooine. We know that Han eventually arrives on Jakku in the Millennium Falcon, so perhaps he heard his daughter was in trouble and flew in to rescue her. The fact that we see what appears to be her village in flames only hammers home the point that the New Order is searching for her.

4. The Jedi are functionally extinct… still 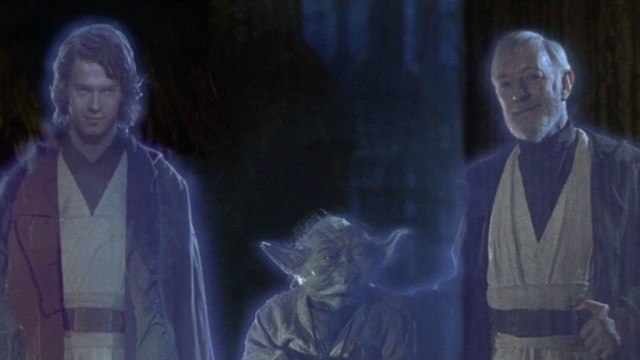 The assumption from most fans after Return of the Jedi was that Luke, as a newly minted Jedi, would seek to revive the defunct Order. The original expanded universe of novels seemed to agree, with Luke setting up an Academy, and even providing Force training to Leia along the way. Of course that expanded universe is no longer canonical, so that puts us back to square one. Knowing the damage the war between the Jedi and Sith caused to the galaxy, it seems likely that Luke chose to bury knowledge of the Force in an effort to end the bloody conflict for good. Of course, if the title of the movie tells us anything, he failed in that goal for better or worse.

This rumor has been all but confirmed by the rumor of Kylo Ren heading up an order of Darth Vader devotees, but it’s worth digging into further anyway. His surname comes from the Knights of Ren, with the assumption that their goal is to bring back the ways of the Dark Side. As part of that quest, Kylo collects artifacts from Vader/Anakin’s lifetime, as we saw with the charred helmet in the full-length trailers.

Early returns tell us that Anakin’s lightsaber that was passed down to Luke, and then lost on Cloud City after Luke lost his hand, will play a large role in The Force Awakens. If Kylo and the Knights of Ren are collecting Vader artifacts, you can bet that a wayward lightsaber would be the grandaddy of them all.

6. “Jar Jar Binks was a trained Force user, knowing Sith collaborator, and will play a central role in The Force Awakens“

This one comes straight from Reddit, posted as one of the more popular and outlandish theories to ever hit the Star Wars universe. The basic rundown of it goes as follows: Jar Jar’s slapstick demeanor was actually a cover for his identity as a trained Sith Lord, having actively aided Darth Sidious in his takeover of the Republic.

The full Reddit post gives a point-by-point breakdown that makes just enough sense to give pause. Its biggest claim revolves around George Lucas having intended it to be this way all along, and that he lost his nerve to follow through on the reveal when Jar Jar was so poorly received in The Phantom Menace. Lucas has even been quoted as saying Binks “ties the whole thing together,” so clearly he had bigger plans for the character than we ever got to see.