‘Star Wars: The Force Awakens’ DVD: Everything We Know

Without a doubt, Star Wars: The Force Awakens was easily the most anticipated movie to release in this decade, marking the triumphant return of the beloved sci-fi franchise. It follows logically that fans would be just excited for the DVD/digital release. This excitement is easy to see based on all the theorizing and rumors surrounding what the release will include, as we all keep clamoring for every bit of new Star Wars content we can possibly find.

Anyone who saw The Force Awakens in theaters can attest to just how many questions the movie has yet to answer. While we’ll have to wait until 2017’s release of Episode VIII for most of those answers, we can at least get some insight and context from the various promised bonus features set to be included in the DVD release. What those features will be exactly is mostly the stuff of leaks and rumors, but here’s what we could find so far to sate your curiosity.

The latest info on deleted scenes for The Force Awakens comes straight from the film’s editors, Mary Jo Markey and Maryann Brandon, telling The Independent, “there are maybe seven or eight” deleted scenes included in the upcoming DVD/Blu-ray. We know the specifics of three of those scenes: One shows Maz Kanata using the Force to collapse a tunnel onto a group of stormtroopers, another heavily features a snowspeeder chase on Starkiller Base, and the third will tack on some additional footage to the Rathtar sequence on Han’s freighter. As for the other four, we’ll have to wait and see.

DVD/Blu-ray releases are known for being treasure troves of bonus content, and The Force Awakens will be no exception to this. Per an official press release, the bonus features will include the following:

All this makes for hours upon hours of extra footage, interviews with the cast and crew, and a metric ton of brand new content for fans. The process to bringing The Force Awakens to life was an arduous one, and soon we’ll get some much-needed insight into the steps of that process.

3. When and where to get the DVD/Blu-ray/digital release 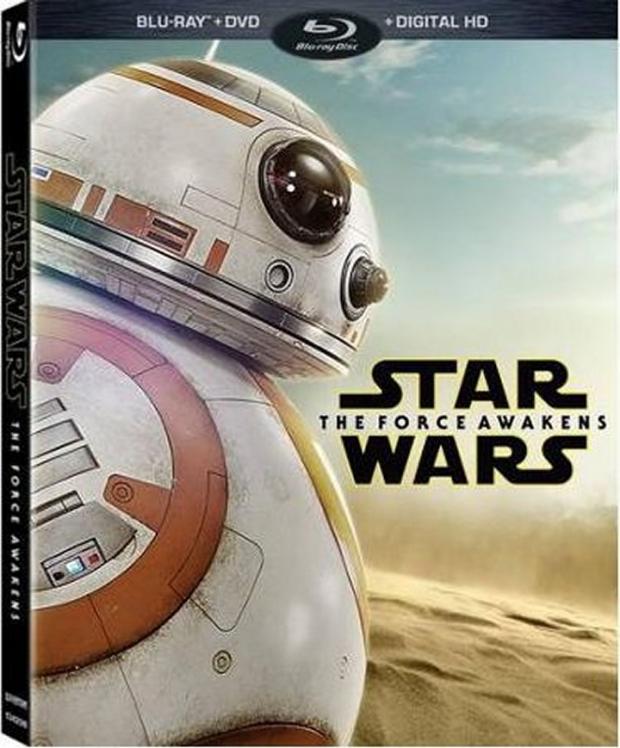 The exact release date is something that’s produced a couple conflicting reports. A Duracell Batteries poster has The Force Awakens coming to DVD/Blu-ray on April 18, while Amazon’s pre-order page lists April 5. We imagine an Amazon pre-order will bring the promised product by that date (since that’s essentially what you’re paying for, and Amazon is nothing if not dependable), and it’s worth noting the Duracell poster was spotted in the U.K., meaning the difference in release dates could simply be a difference of countries. [Update, 4/4/16: Per StarWars.com, the Blu-ray will be released on April 5.] For what it’s worth, you can pre-order now on Amazon for $19.99, with the price likely to go up once it officially comes out.