‘Star Wars: The Force Awakens’: Why Luke Skywalker Had to Go

With just days until the theatrical release of Star Wars: The Force Awakens, anticipation for the first film in the franchise in a decade — and the first one set after the original trilogy — is higher than ever before. As the film’s final trailer hit, advance ticket sales crashed leading purchasing platforms like Fandango and AMC Theatres, breaking records in the process. However, one fan-favorite character has been noticeably missing from the marketing campaign: Luke Skywalker, the farmboy-turned-Jedi who served as the hero and audience proxy throughout the first three films.

Director J.J. Abrams has stated that actor Mark Hamill — who has long been confirmed to be part of the film’s cast — was purposefully left out of the film’s pre-release marketing, admitting that the plot of The Force Awakens ultimately centers on the question of who Anakin and Padmé’s son has become since the end of Return of the Jedi. So, while fans may be frustrated at the absence of their favorite hero, there are several legitimate reasons why returning stars Harrison Ford and Carrie Fisher are featured on the poster and in the film’s trailers, with little sign of Hamill to be found. 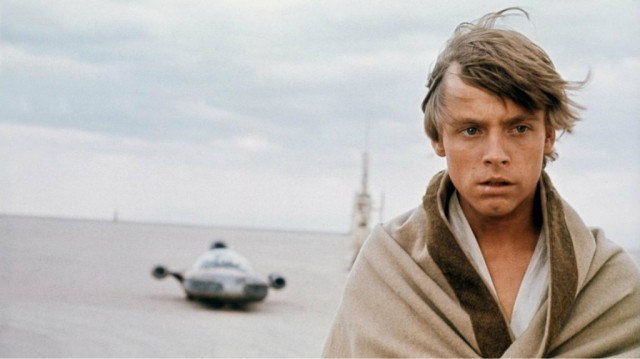 The first and most obvious explanation is simply to stir up speculation and discussion among the sizable Star Wars fan community. All of the conversations and theories about the film only serves to underscore the hype surrounding its release, leading to more awareness and the chance of even greater box office returns. With the widespread appeal of Star Wars, the series’ place in cinema history and now all the rampant guesswork and endless rumors surrounding it, it would be a miracle if the The Force Awakens doesn’t emerge as the highest-grossing film of all-time soon after it arrives in theaters. The mystery surrounding Luke is a key part of that.

During promotions for Star Trek Into Darkness, all involved adamantly denied the true identity of Benedict Cumberbatch’s Khan, ultimately in service of what amounted to a throwaway moment. This doesn’t appear to be the case in The Force Awakens, for which Luke’s true nature is a pivotal part of the story at hand. During his climactic confrontation with Darth Vader and Emperor Palpatine, Luke was teetering close to the edge of the dark side, and there’s a very real chance that his morality has become skewed in the 30+ years since the second Death Star was destroyed. 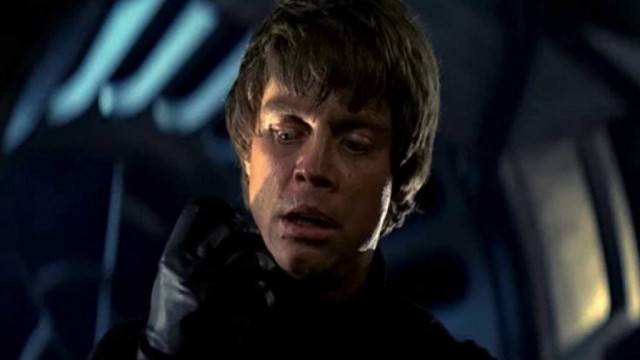 After all, his adolescence was cut tragically short by the murder of his aunt and uncle in A New Hope, and ever since then, he’s been overwhelmed by heated battles and death as part of the Rebel Alliance as well as revelations about his troubling family history. It’s safe to say that the concept of Luke’s development into a tortured soul rings remarkably true to what we know about the character’s backstory. Whether that means a self-imposed exile for fear that he will follow in his father’s corrupt footsteps or a full-blown 180-degree turn toward the dark side remains to be seen. In any case, the massive time jump between Return of the Jedi and The Force Awakens provides the perfect opportunity to fill in that open-ended history with any number of explanations.

In today’s spoiler-filled world, the fact that such a huge character — and his role in the film’s story arc — has remained unsullied is an impressive feat. Abrams and his team deserve a slow clap for pulling off the impossible and keeping most of The Force Awakens a closely guarded mystery. Aside from some brief character moments and a few glimpses at key action scenes, fans know essentially nothing about where the story is headed or how new additions like Rey (Daisy Ridley), Finn (John Boyega), and Kylo Ren (Adam Driver) fit into the larger Star Wars mythology. Imagine heading to the theater with no knowledge of how Mark Hamill’s Luke Skywalker will play into the film and actually being surprised when he reappears. Thanks to Abrams and the folks at Lucasfilm, it looks like that rapturous moment is about to become a reality.

Until then, let’s all keep trying to figure out if this is actually Luke Skywalker or another character entirely: 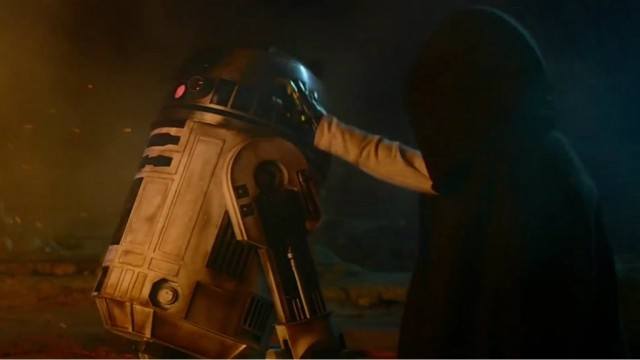