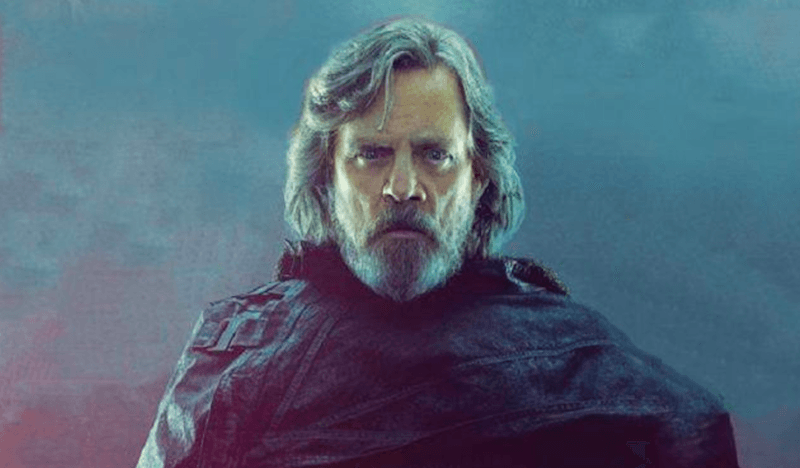 Star Wars star Mark Hamill might have just dropped a big spoiler about Luke’s fate in The Last Jedi. People have been speculating for months that Luke Skywalker — the protagonist and hero of the original trilogy — may be heading toward the dark side in director Rian Johnson’s vision. Disney and Lucasfilm have kept things as quiet as possible in the media, while Hamill has been as intentionally misleading as possible.

But recently, Hamill was a bit more forthcoming about whether there is a dark turn down the road for his character. Let’s take a quick look at what Hamill has said about Luke’s future, plus other ideas about characters moving to the dark side in The Last Jedi and why fans seem to think a dark twist is in store for Luke.

Next: Something terrible is coming for the Jedi.

‘It’s time for the Jedi to end’

The big, jaw-dropping moment in the original teaser trailer for The Last Jedi (above) was at the very end. Luke, standing at the opening of the Force Tree on Ahch-To, looks back to an unknown person — or ghost? — and says, “It’s time for the Jedi to end.” Goosebumps.

But what does he mean by that? Many fans initially took it to mean that Luke had turned to the dark side, but it’s not that simple. The line in the trailer could be taken extremely out of context, or it could’ve been two different lines pieced together to throw us off. Either way, there are some quality theories on what Luke could’ve meant by the Jedi needing to end that don’t leave him becoming a red-lightsaber-wielding Sith.

‘Darkness rises, and light to meet it’

In the most recent trailer for The Last Jedi, there is a moment where we can see Supreme Leader Snoke, from a distance, sitting in his throne room. His voice states, “Darkness rises, and light to meet it.” From the beginning of the Star Wars universe, it has always been about the Sith and the Jedi, the dark and the light. But lately, the notion that a character may not be fully one or the other has been explored.

Snoke doesn’t appear, at least yet, to be a Sith like Darth Vader or Emperor Palpatine. He appears to be something else, entirely. Could Snoke draw his power from both the light and the dark side, making him ultra-powerful? When Luke talks about it being time for the Jedi to end, is this what he means?

It’s no secret that the Jedi have missed a few things in their time. They were arrogant, lost their way as protectors of the peace, and even misinterpreted the Chosen One prophecy. What if their “light side only” doctrine is something that Luke has discovered is actually not in the teachings of the original Jedi Order? 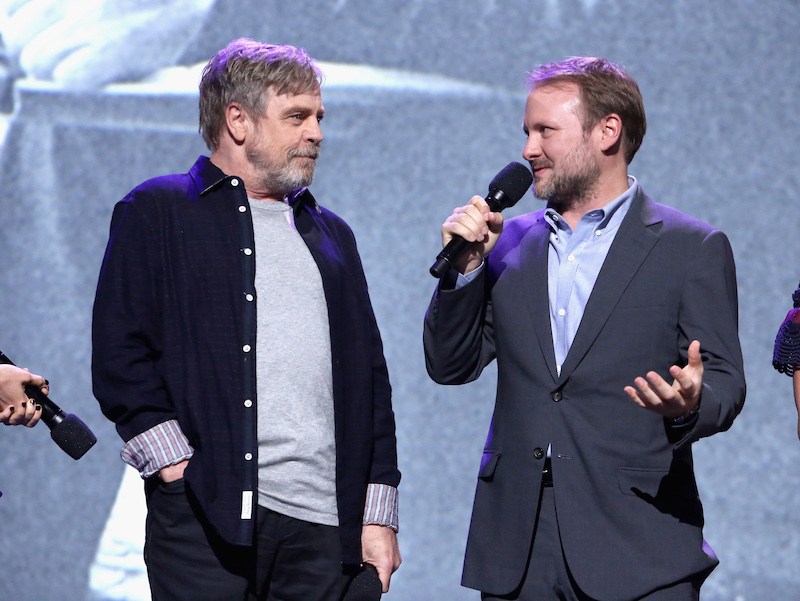 Hamill hasn’t been secretive about how much he has disagreed with Johnson about the direction they’ve taken his character. And that makes sense, really. Hamill has been known for Luke Skywalker for most of his adult life and has Star Wars to thank for his entire career. At the time of Star Wars: The Force Awakens, it had been over 30 years since Hamill had last played Luke. So it’s understandable that the actor had built up an idea about who, exactly, his character might be in his older years.

“I at one point had to say to Rian, ‘I pretty much fundamentally disagree with every choice you’ve made for this character. Now, having said that, I have gotten it off my chest, and my job now is to take what you’ve created and do my best to realize your vision,’” he said.

More recently, Hamill took it a step farther, even saying that he was not only disappointed but insulted. This doesn’t necessarily tell us anything about whether Luke turns to the dark side, but it’s interesting nonetheless. What could the new trilogy possibly be doing with Luke that would be so frustrating for the actor, himself?

What Hamill says about Luke going to the dark side 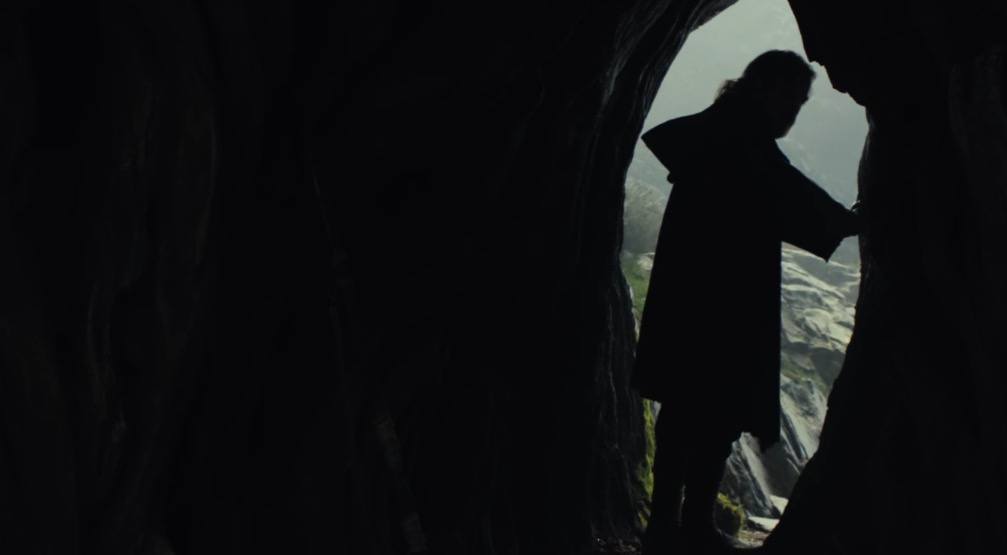 A glimpse of Luke in Star Wars: The Last Jedi | Lucasfilm

Hamill recently spoke with Disney Insider, and gave a few ideas as to what is going through Luke Skywalker’s head at the time of The Last Jedi.

“In Star Wars: The Force Awakens, Luke has lost confidence in his ability to make good choices,” said Hamill. “It haunts him to the core. But he hasn’t gone to the dark side. This isn’t an evil version of him. But it’s still an incarnation of the character I never expected. It has pulled me out of my comfort zone. It’s a real challenge.”

Screen Rant points out that it would be redundant for Luke to simply turn to the dark side, leaving the Jedi behind to become a Sith. His entire internal battle in Star Wars: Return of the Jedi was to avoid doing exactly that, as he walked a tightrope of not succumbing to the powers of the Emperor like his father, Anakin Skywalker, had done so many years prior.

But just because Luke doesn’t fully bathe himself in the dark side of the Force and become a Sith doesn’t mean there isn’t a little darkness on the inside.

Could Luke be a Gray Jedi? 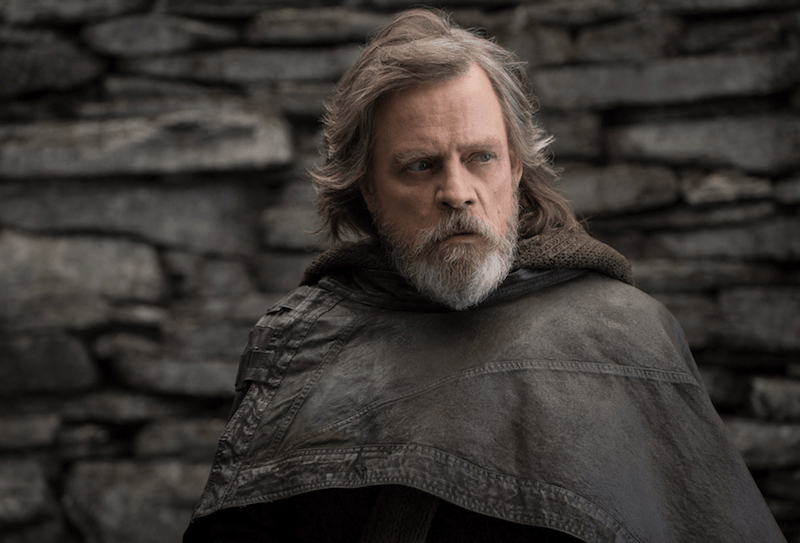 The original teaser trailer opens with Luke telling Rey to breathe. When the Jedi Master asks her what she sees, she says, “The light … the darkness … the balance.” The balance may be one of the big keys to unlocking the mystery Luke Skywalker and why the Jedi must end. And that leads us to the Gray Jedi.

Not as widely known as the Jedi and the Sith, the Gray Jedi were the Jedi who distanced themselves from the rules and regulations of the Jedi Order or walked the line between the light and the dark to get their power from the Force. Ahsoka Tano, Anakin’s apprentice in Star Wars: The Clone Wars, has been said to be an example of a Gray Jedi. Qui-Gon Jinn, Obi-Wan Kenobi’s master, was supposedly a Gray Jedi, as well.

Is this what is truly in store for Luke? We know that he goes to Ahch-To to hide and seek answers from the very first Jedi temple. What if he discovers that “the balance” between the light and the dark is really the key to it all? That would be why the Jedi need to end, in his eyes.

Hey you Dark Side theorists: Look who's looming at the back of the poster now! Another clue for you all… #TheWalrusWasPaul #WaitForVIII pic.twitter.com/ojizOaoYKu

Hamill took to his Twitter account to send out a screenshot of an international poster for the film, which features several characters on the good and bad side of the fight. But Rey is the one at the top, looking down over both sides.

Hamill’s tweet stated: “Hey you Dark Side theorists: Look who’s looming at the back of the poster now! Another clue for you all… #TheWalrusWasPaul #WaitForVIII”

We’ve seen in the trailers that Luke is terrified of the sheer power that Rey yields within the Force. He even mentions that he has seen the strength before, which we assume is a reference to Kylo Ren. Could the dark side be pulling at Rey? Or could the fact that she looks down over both the good guys and the bad guys on the poster mean she, too, may be a Gray Jedi?

In reality, it’s hard to take Hamill’s clues at face value, for one very big reason.

Hamill also had another recent hint that he sent out on his Twitter account. This time, it’s a picture of Luke from Star Wars: The Empire Strikes Back and Rey from The Force Awakens, both making a similarly scrunchy face.

There is one very key reference in both of his tweets, and it doesn’t have to do with the dark side, Luke, or Rey’s parentage. It has to do with Glass Onion, a Beatles song that features the line, “Well here’s another clue for you all, the walrus was Paul.” If you’re wondering exactly what this means in relation to Star Wars, here it is: John Lennon claimed to have written that line in the song simply to mess with people’s minds.

This is Hamill’s way of playing an elaborate joke on everyone. So will Luke or Rey turn to the dark side in The Last Jedi, or will one or both of them end up walking the line between the light and the dark? If you’re looking for clues, don’t take Hamill’s word for it.