10 Stars Who Had the Worst Super Bowl Halftime Shows 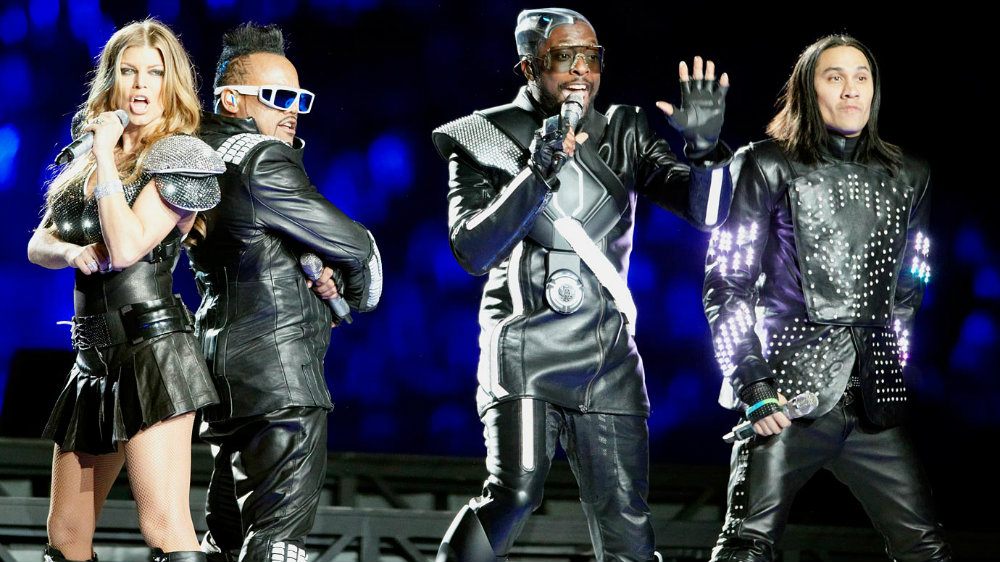 Over the course of a single year, many pop culture moments come and go. Some are thrilling moments that you’re talking about years later, and others are disappointing ones that you wish you could forget. In any case, the Super Bowl halftime show usually tends to lean pretty heavily in one category or the other. As one of the most watched television programs every year, the scope and sheer star power of the Super Bowl performances can either be a cornucopia of exciting appearances and high production values, or a hollow, shoddy mess. Sadly, on many occasions, the latter has been the case.

At the height of their popularity, New Kids on the Block headlined this halftime show. But just because they were well-known doesn’t mean that their musical style and core audience was a good fit for the Super Bowl. This awkward, uber-cheesy performance — heavy on the Disney — doesn’t really feel like the big game. In fact, most everyone looks pretty uncomfortable the whole time.

This Super Bowl performance leaned heavily on the country music scene, with Wynonna Judd, Clint Back, Travis Tritt, Tanya Tucker, and others taking the stage. The performance certainly has the scope of a Super Bowl halftime show, with tons of dancers involved. However, it is far from the most memorable or satisfying one, even with all the stars that appear.

In many halftime shows, the sponsor gets at least a hefty shout-out, but this one is basically an excuse for Disney to promote its theme parks. The entire premise is that the Vince Lombardi trophy has been stolen, Indiana Jones style. It falls to Tony Bennett and Patti LaBelle to awkwardly provide the music as Indy tries to steal it back. Ugh, really?

Despite the fact that John Belushi had passed away many years prior, Dan Aykroyd got the band back together for the disappointing film, Blues Brothers 2000. However, before that film, Aykroyd, John Goodman, and Jim Belushi, John’s brother, played the Super Bowl. Jim simply doesn’t have the stage presence of his late brother, and the entire production feels self-indulgent on so many levels.

Gloria Estefan, Stevie Wonder, and Big Bad Voodoo Daddy all take part in this Super Bowl halftime show, but the star power cannot save this poorly conceived “celebration of soul, salsa, and swing.” These artists all deserve far better.

Christina Aguilera and Enrique Iglesias duet in this forgettable halftime show, but Phil Collins — fresh from providing the music to Disney’s Tarzan — leads the performance. Perhaps the fact that the songs performed are more obscure than most years hurts how well the show has aged. In any case, not the best halftime show by a long shot.

The game itself was a standout at Super Bowl XLII, but Tom Petty’s performance did little to distinguish itself from the many halftime shows that have come before and since. Without much production value to speak of, Petty’s time onstage is fun enough but lacks the impact such a major event deserves.

Whenever an aging musical act takes the stage for a halftime show, there’s always the chance the resulting performance might be subpar. Such is the case here, as The Who belts out their decades-old hits for modern audiences, but we can’t help but think that this choice of performer alienated younger fans.

The Black Eyed Peas are already a pretty divisive group since their music is virtually absent in any substance. This painful halftime show proves that their dance-heavy tunes don’t stand up well to live performances. All four members seem terribly in over their heads here.

Madonna is an icon the likes of which has rarely existed in music, but this particular performance did little to showcase that. There’s simply too much going on, with too many guest stars. Why the hell is LMFAO on here anyway? They’re just stealing screen time from the Queen of Pop.