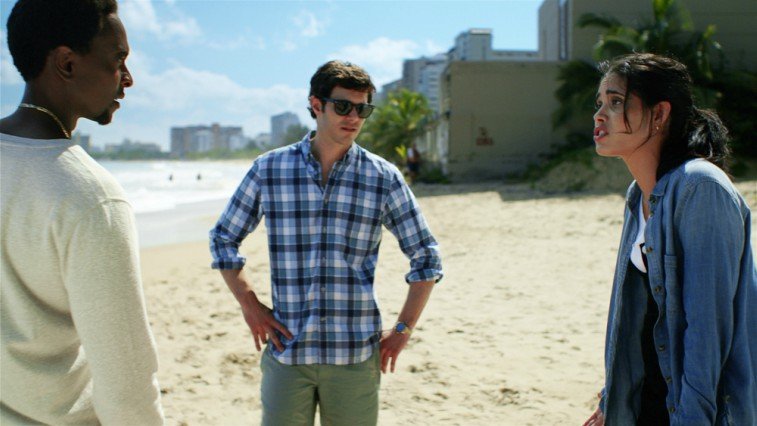 Season 3 of StartUp is coming up and it looks like the Araknet team will be under a lot of pressure.  NSA agent Rebecca Stroud (Mira Sorvino) wants access to the platform, which is being used for crime. Also, Izzy Morales has run away after her actions got her into hot water. So what will happen with Izzy now?

The Cheat Sheet caught up with Otmara Marrero at the Tribeca TV Festival on Sept. 21 to talk about her character. She hinted that Izzy’s loyalty will be tested this season and she might even decide to end Araknet.

Otmara Marrero talks about Izzy spying on the Araknet team

The NSA wants in on Araknet and that will put all of the characters in a hard position, especially Izzy. In the Season 3 trailer, we hear NSA agent Stroud tell Izzy she wants her to spy on the Araknet team for her. Marrero revealed what it was like for her character to be torn between her friends and this agent.

“It sucks because after what she did in Season 2 and how she ended things she fled,” Marrero told The Cheat Sheet. “She fled to obviously not get killed but also to try to kind of like a rebirth.”

Although Izzy fled, she still has some sense of loyalty to the group. “At the end of the day, these guys are my brothers on the show,” continued Marrero. “We had built a relationship. We built a business from the ground up and so to have to do that stuff to them after I had sent my sins to the priest. I’m ridding myself of these sins. It was a terrible position to be in.”

Izzy could want to end Araknet because of corruption

So will Izzy actually lead to the fall of Araknet? Or at least the end of zero surveillance of it? Marrero doesn’t give a clear answer, but she does further explain Izzy’s inner conflict.

We won’t know the answer to that question until the new season starts. Season 3 of StartUp premieres Nov. 1.