‘Suicide Squad’ Loses Tom Hardy: Who Will Replace Him? 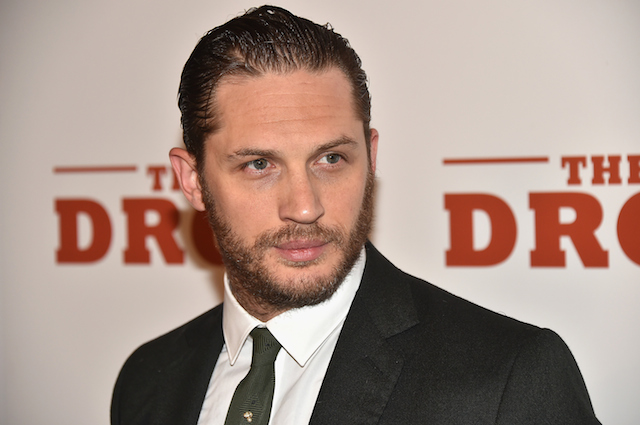 Suicide Squad has just lost one of its key members. Actor Tom Hardy has reportedly dropped out of the highly anticipated all-star comic book movie, currently scheduled for release next year.

Directed by David Ayer, the upcoming movie is based on the DC Comics series that follows a group of supervillains, who team up to take on high-risk black ops missions for the U.S. government. Hardy was set to star alongside an A-list ensemble cast, Will Smith, Margot Robbie, Jared Leto, Jai Courtney, and Cara Delevingne. The actor was set to play Rick Flagg, the leader of the group that also included Batman villains Deadshot (Smith), Joker (Leto), Harley Quinn (Robbie), as well as Boomerang (Courtney) and Enchantress (Delevigne). Viola Davis and Jesse Eisenberg are both also reportedly in talks for roles, with the former up for the part of Amanda Waller and the latter potentially reprising his role as Lex Luthor.

Per The Hollywood Reporter, Hardy was forced to leave the project due to scheduling conflicts. The actor is currently shooting Alejandro Gonzalez Inarritu’s upcoming western thriller, The Revenant, but filming is reportedly taking longer than originally expected and will now go over schedule into mid-March. After wrapping up The Revenant, Hardy is expected to start his international press tour in promotion of Mad Max: Fury Road (which is set to hit theaters in mid-May.) Unfortunately, that means Hardy will be busy with other commitments in mid-April – right at the same time that Suicide Squad is also scheduled to begin filming.

Now, the question remains: Who will replace him? While fans of Hardy may be disappointed by his departure, the studio has reportedly wasted no time finding another actor to take on the role. According to THR, Warner Bros. and Ayer have already begun courting Jake Gyllenhaal for the part. The actor is enjoying a career high, following his critically appraised and Golden Globe-nominated starring turn in Nightcrawler. Looking to bank on that momentum, the studio has reportedly already extended him an offer to take on the part.

While he may have the part if he wants it, it’s still unclear whether Gyllenhaal will actually take it. He may have some scheduling conflicts of his own. He is currently starring on Broadway in the theatrical production, Constellations. With the play set to run until mid-March (only a month before Suicide Squad is scheduled to shoot), it’s unclear if the actor will want to dive back into a prolonged filming schedule so soon. If he does end up taking on the role, however, it wouldn’t be the first time Gyllenhaal has worked with Ayer. The two previously collaborated on the well-received police thriller End of Watch.

Though Hardy won’t be appearing in Suicide Squad, he has plenty of other projects headed our way. The actor has four films due out over the course of the next year. In addition to The Revenant and Mad Max: Fury Road, he’s set to star in the Soviet-era drama Child 44 and the British crime thriller Legend. He will also star in a new FX drama, Taboo, scheduled to air in 2016.

Meanwhile, Gyllenhaal also has several films hitting the big screen in 2015. He’s starring in the comedy Accidental Love, due out in February, and the upcoming sports drama, Southpaw. He’s also appearing opposite Keira Knightley in the adventure thriller, Everest, out in September.

Suicide Squad is scheduled to hit theaters on August 5, 2016.