‘Suicide Squad’: Why the PG-13 Rating Isn’t a Big Deal

When news broke that director David Ayer (End of Watch, Fury) would be directing a big-screen version of DC Comics’s popular Suicide Squad, many fans naturally assumed that the film could very well wind up with an R rating. After all, Ayer had established a reputation for not shying away from street-level violence, and a team of notorious super-villains sounded like a good opportunity for him to let loose. Alas, producer Charles Roven revealed (per Collider) that Suicide Squad will be aiming instead for a hard PG-13, leading some fans to question whether the film will truly live up to expectations. However, despite this latest development, here’s why audiences could still be in for something special when Suicide Squad hits theaters this weekend.

The fact that the film centers on a group of dangerous criminals might initially lead one to think that graphic onscreen violence is necessary to depict the likes of Harley Quinn (Margot Robbie) and Killer Croc (Adewale Akinnyoye-Agbaje) appropriately unhinged and even frightening. However, moviegoers need only remember that another DC adaptation accomplished this very same feat with one of the most beloved and darkest comic book villains of all time. Heath Ledger’s Joker in The Dark Knight definitively captured the madness, anarchy and gleeful sadism of the character with nary a drop of blood in sight, and this wasn’t because director Christopher Nolan steered clear of the Joker’s murderous ways.

To the contrary, the character commits many murders throughout the course of the film. Yet, Nolan so artfully handles the violence that it’s presented in such a way that the actual brutality itself is never exposed. Rather, the camera cuts away just in the nick of time or leaves the death of characters like Mr. Lau (Chin Han) and the Chechen (Ritchie Coster) implied and open to the audience’s imagination, creating a far more effective film as a result. It isn’t hard to imagine Ayer embracing a similar technique with the cast of Suicide Squad, even Jared Leto’s psychotic new Joker.

Certainly, the studio’s decision to opt for a PG-13 rating is predicated on executives’ desire to maximize the film’s box office potential. Teens and children — not that Suicide Squad will likely be appropriate viewing for kids — are proven demographics for comic book-based films, and alienating a significant portion of the audience is the very opposite of smart marketing. Still, there is a silver lining here that fans may be forgetting. A PG-13 rating would create a sense of consistency between this film and other shared universe releases like Man of Steel and Batman v Superman: Dawn of Justice, but even more importantly, it gives Suicide Squad a far better chance to become a box office hit. 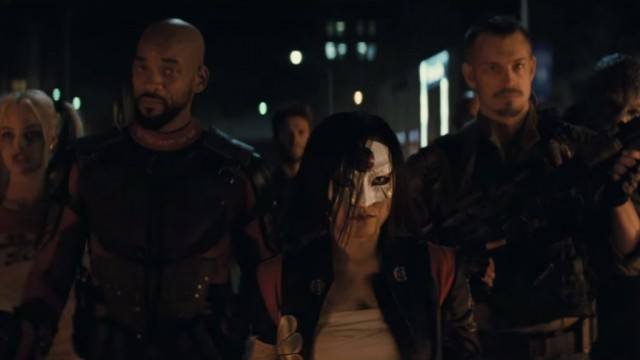 Remember how long it took for Fox to finally greenlight Deadpool? If Ayer’s film succeeds, it will only boost the collective confidence at Warner Bros. that riskier titles such as this are worth the investment. That would open the door for lesser-known fan-favorite DC titles to be added into the burgeoning film universe, just as Marvel Studios has been able to take chances with PG-13 fare like Guardians of the Galaxy and Ant-Man. Of course, the presence of stars like Will Smith — who himself could use a hit after the disappointing domestic grosses of Focus and After Earth — and How to Get Away with Murder star Viola Davis doesn’t hurt the film’s international box office chances, but to casual moviegoers, it’s safe to say that the name Suicide Squad has little to no marquee value.

With this release, DC Entertainment has a chance to prove to the industry that even darker comic book properties can be faithfully adapted without alienating mainstream audiences or limiting the studio’s return on investment. Aside from the Blade films, no other R-rated franchise based on a major publisher comic book title has managed to make it to three films.

Perhaps it’s time for fans to recognize that — when it comes mainstream characters, at least — a PG-13 rating is all but a guarantee from a business perspective (for the time being). That doesn’t necessarily have to be a slight against the source material or the finished film though, as history has shown us. So go ahead and let your anticipation get the best of you. We’re betting Ayer’s Suicide Squad will be just as amazing even without gratuitious bloodshed and a bevy of F-bombs.