‘Supergirl’: Everything We Know About CBS’s New Show

With Supergirl  set to join TV’s rapidly expanding list of superhero series this fall, CBS is slowly revealing more details about what fans can expect. From the show’s plotline to the growing cast of DC characters set to make an appearance, here’s everything we know about the show so far.

Supergirl stars Melissa Benoist as Superman’s (Kal-El) cousin, Kara Zor-El, who – after 12 years of keeping her powers a secret on Earth – decides to finally embrace her superhuman abilities and be the hero she was always meant to be.

Having escaped the doom planet Krypton and been raised on Earth by her foster family, the Danvers, Kara grew up in the shadow of her foster sister, Alex, (Chyler Leigh), and learned to conceal her powers from the rest of the world. Years later, at 24, she is working as a personal assistant to media mogul Cat Grant (Calista Flockhart), but longing for something more. Her days of keeping her abilities a secret finally come to an end when Hank Henshaw (David Harewood), head of a super-secret agency where her sister also works, enlists her to help them protect the citizens of National City from sinister threats. 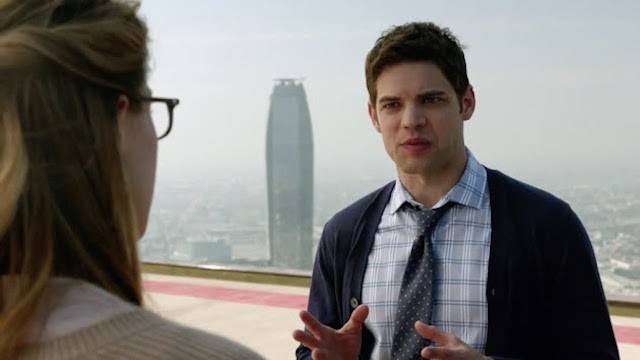 Several other DC Comics characters will join Benoist and the rest of the main cast. Jeremy Jordan will play Winn Schott (pictured above), Kara’s co-worker who has a crush on her and helps her make her signature costume. Mehcad Brooks will play Jimmy Olsen, a Daily Planet reporter who has just been hired as the art director in National City. Meanwhile, Laura Benanti portrays Alura Zor-El, Supergirl’s mother who is presumed dead (along with most of the other Kryptonians).

3. It’s from the same team behind Arrow and The Flash

Greg Berlanti, who developed and produced the CW’s hit superhero shows Arrow and The Flash and is also working on the upcoming DC Legends of Tomorrow, will serve as executive producer on Supergirl. He also co-wrote the pilot episode of the series.

He’s not the only comic book vet on the show’s creative team. Andrew Kreisberg, who helped Berlanti develop, write, and produce Arrow and The Flash, and Sarah Schecter, also a producer of Arrow and The Flash, will co-executive produce Supergirl alongside Ali Adler (The New Normal).

4. Lucy Lane and General Lane will make an appearance 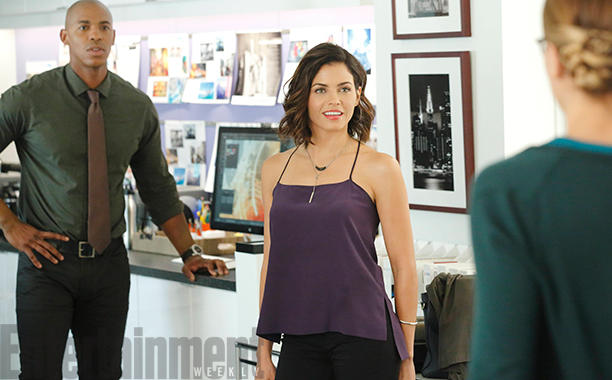 Jenna Dewan Tatum will play Lois Lane’s younger sister, Lucy (shown above), in a recurring role on the show. The character, who has been described as “strong, smart and successful in her own right,” has a history with Jimmy Olsen and reportedly comes to town to right a previous wrong.

“We hope to explore the history that Lucy has with James Olsen — or, as Lucy knows him, Jimmy Olsen,” Adler tells EW. “I think we’re going to bring in her father. She not only plays a romantic foil with whatever Kara and James are brewing, but people will also be surprised that she’s really a woman’s woman. She and Kara develop their own friendship, too. We’re not just bringing her in to purposefully create tension. She serves a larger story drive.”

She’s not the only member of the Lane family to join the show.Her father, General Lane, will also play an important. Glen Morshower has signed on to portray the character, who is described as a powerful military lifer and an overprotective dad. His arrival in National City stirs up trouble for Supergirl when he enlists her in a dangerous government initiative.

5. There are several villains 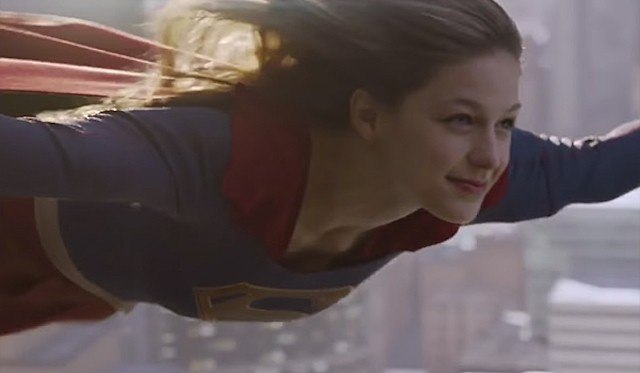 A slew of bad guys are already set to appear in season one. In the pilot, Supergirl will reportedly go head-to-head with Lumberjack, who shows up to fight Kara (after also fighting her cousin, Superman) to test her power level for an “unseen superior.” Later on, Supergirl will also face off against Vartox (played by Owain Yeoman), an alien villain who has been biding his time on Earth for the last 12 year.

Kara will face a larger, ongoing battle against The Commander (Farah Tahir). The Commander is a mysterious figure, but is described as “an alien military expert leading the forces aligned against Supergirl.”

Also set to show up? As revealed at this year’s Comic Con, Reactron and traditional Superman villain Livewire will appear on the show, to be played by Chris Browning and Brit Morgan, respectively. Meanwhile, Peter Facinelli has taken on the part of Maxwell Lord, a wealthy billionaire who is a rival to Kara’s boss Cat Grant and has a fascination with Supergirl herself. As comic fans know, the character is morally ambiguous and has played both a good and a bad guy in DC comics history, but seems like a pretty safe bet for a villain for this particular show.

The latest bad guy to join Supergirl is Red Tornado. Actor Iddo Goldberg has been cast in the role of the DC comic book character, which is described as the most advanced android the world has ever seen. Designed by scientist T.O. Morrow for the U.S. Army as the ultimate superweapon, he soon becomes sentient, posing a grave danger to National City — including the people Supergirl cares about most. Per Variety, Red Tornado also “has an affiliation with General Lane,” the father of Lois and Lucy Lane. The network recently gave viewers its first look at the villain, seen above.

Most recently, Transporter: The Series star Chris Vance has been tapped to play the DC Comics villain Non, a brutal Kryptonian military officer who is sinister, powerful and angry. The character is described as a former scientist in a league with the House of El and the antithesis of all the things Supergirl stands for. Per THR, Non will quickly become Supergirl’s greatest threat.

6. You won’t see much of Superman 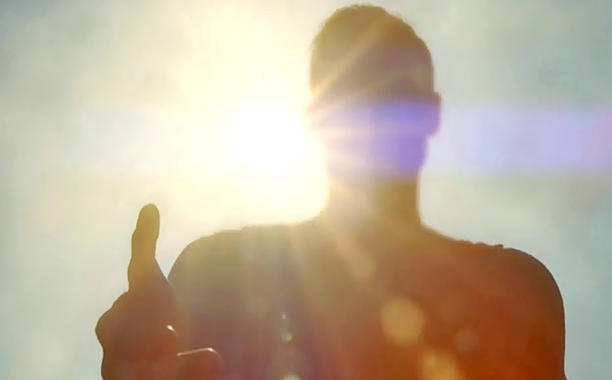 Superman will be referred to on the show, but fans shouldn’t expect him to be a major physical presence. “He will be a factor in her life, but you won’t see him on screen,” DC Comics’ Chief Creative Officer Geoff Johns told Variety. “He does play a part in her evolution in becoming Supergirl.”

Co-executive producer Adler said the show will use a similar approach as HBO’s Veep does with the commander-in-chief. As he told EW, “Our prototype is the way the president is seen on Veep…It’s certainly [inspired by] so much of what Julia-Louis Dreyfus’ character goes through. Ultimately, this is a show about Supergirl and we really want to see it through her lens.”

7. There won’t be a CW crossover anytime soon 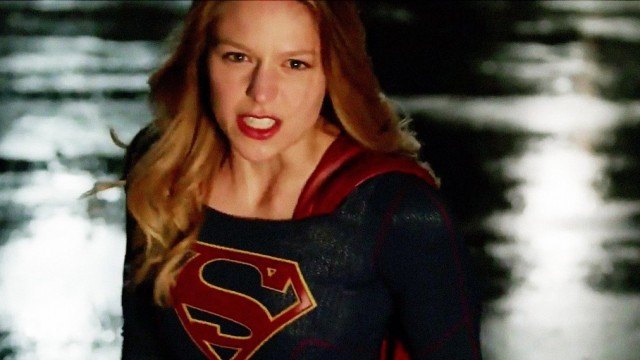 Though the show has the potential to cross over with The CW’s Arrow and The Flash, no plans are currently in the works. For now, it seems CBS intends to let Supergirl stand on its own. “That’s a different network so I think we’re going to keep Supergirl to ourself right now,” CBS hed Nina Tassler said of the possibility.

Berlanti backed up her statement in May, saying,”The network has said publicly at this point they’re going to keep her to themselves. I always approach the shows as a fan first, so I would love to see [a crossover]…I think in success, all things are possible. But there’s a lot that would have to happen before everybody might say yes to that.