‘Supergirl’: What to Know About Star Melissa Benoist 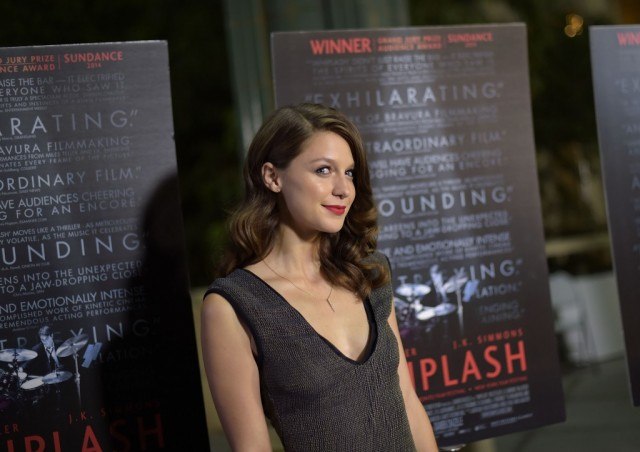 CBS has officially found its Supergirl. After months of speculation, the network has tapped actress Melissa Benoist to play the titular hero in its small screen version of the iconic DC Comics story.

The hourlong drama, produced by Greg Berlanti (Arrow, The Flash), centers on Kara Zor-El, Superman’s cousin, who was born on the planet Krypton but escaped amid its destruction years ago. After arriving on Earth, she was taken in by a foster family, the Danvers, who taught her to be careful about exposing her extraordinary abilities. Now at age 24, Kara is finally ready to start embracing her powers and use them to help the people of her city.

For Benoist, the highly anticipated Supergirl project will mark her first leading role on screen. The 26-year-old actress made her film debut in the 2008 Mariah Carey film, Tennessee, and has appeared in episodes of various shows, including Blue Bloods, Law & Order: SVU, The Good Wife, and Homeland. But it wasn’t until 2012 that she got her big break, playing Marley Rose on Fox’s Glee. Benoist joined the musical cast during season four, after many of the show’s original characters either moved to New York or left the show altogether, and reprised the role during the show’s fifth season as well.

Since then, she has continued to break out, nabbing a supporting role in last year’s critically acclaimed indie film Whiplash (an Oscar-nominated picture). Now, having a high-profile leading role in one of Hollywood’s most popular genres, the actress could soon become a household name.

Per Deadline, the project underwent a lengthy casting process, bringing in several on-the-rise actresses in the appropriate age range to test for the lead. Benoist edged out the likes of Vampire Diaries’ Claire Holt and Once Upon a Time’s Elizabeth Lail, both of whom were also reportedly considered for the part. The actress shared her excitement on her social media account, tweeting, “But seriously, sans emoji… I AM SO EXCITED! #Supergirl.”

Supergirl received a hefty series commitment from CBS back in September. The drama will be penned by Berlanti and Ali Adler (No Ordinary Family), both of whom will also exec-produce alongside Sarah Schechter of Berlanti Productions and Warner Bros. TV.

The show, which will mark the first superhero series on CBS in 25 years, comes after the other major networks have already jumped on the comic bandwagon. The CW has both of Berlanti’s other superhero-themed vehicles, Arrow and The Flash, both of which have already been renewed for their next season. Fox has found success with its Batman prequel Gotham — which premiered this past fall after receiving a series commitment, like Supergirl. NBC gave it a shot with their Hellblazer take Constantine, although the series will end after 13 episodes. Meanwhile, ABC has Agents of SHIELD and the recently premiered miniseries, Agent Carter. Netflix is also kicking off a slate of four new Marvel series in April with Daredevil.

The show is still working on rounding out the rest of its cast. Aside from her forthcoming turn as Supergirl, Benoist also has roles in two upcoming films: The indie comedy drama Danny Collins, and the latest Nicholas Sparks adaptation The Longest Ride, both scheduled to hit theaters this year.