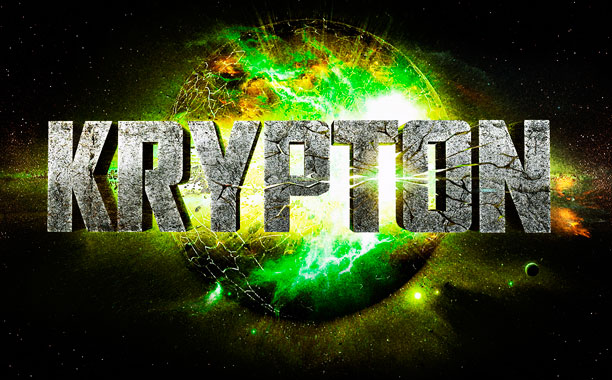 Another comic prequel series will soon hit the small screen. On the heels of the success of Fox’s Gotham, SyFy is now creating a show centered on the origin story of Superman.

Entitled Krypton, the developing series is set on the fictional planet of the same name, created by Jerry Siegel and Joe Shuster and first featured in a comic in 1983. The show takes place years before the Superman legend we know, when The House of El was shamed and ostracized. It will chronicle the story of The Man of Steel’s grandfather as he brings hope and equality to Krypton, turning a planet in disarray into one worthy of giving birth to one of the greatest and most well-known superheroes ever.

According to The Hollywood Reporter, the show hails from David S. Goyer, who is very familiar with the Superman story, having worked on both the 2013 comic book adaptation Man of Steel and the upcoming Batman v Superman film (due out in 2016). Goyer is set to executive produce the project alongside Ian Goldberg (Once Upon a Time, with Goldberg also writing a pilot script based on a story conceived by both of them.

The project comes just after Fox’s freshman series Gotham made a name for itself as one of the fall’s top-rated new shows. The Batman prequel had a strong debut and proves its staying power in subsequent weeks, spurring the network to increase its initial 16-episode order to a full 22 after only a few episodes.

SyFy is now looking to find its own hit with a similar premise. Whether it will be able to find quite the same success with the prequel format remains to be seen. Gotham only takes place about a decade before the Batman story as we know it, and Bruce Wayne himself is a small but significant part of the narrative. Krypton goes back much further and, as the synopsis implies, won’t feature the superhero himself. Still, the storyline of Superman’s birth planet isn’t as widely known, which could potentially be beneficial in drawing viewers’ interest.

If Krypton does make it to series, it will join the slew of DC Comics-inspired projects that are either already on TV or currently in development. Aside from Gotham, the CW has also found their own hits in Arrow and its fall entry The Flash and is working on iZombie. NBC also debuted Constantine, their take on Hellblazer, this past season — a project which Goyer also had a hand in, but has so far been garnering mixed reviews and disappointing ratings. As for what’s on the horizon CBS is currently working on casting their take on Supergirl. Meanwhile, TNT is developing drama pilot Titans, which follows a group of superheroes-to-be recruited from every corner of the DC universe, including Dick Grayson a.k.a Nightwing.

The show comes as SyFy is making a major push back to its sci-fi roots, taking on scripted originals more in the vein of its last true breakout show Battlestar Galactica. The channel has attempted to reach a broader audience in recent years, moving away from the genre just as other networks like AMC and HBO jumped on board with The Walking Dead and Game of Thrones. Now, it’s returning to form with a long roster of new dramas, including Dominion, Ascension, 12 Monkeys, and Olympus, as well as a slew of returning shows like Defiance, Haven, and Helix.