‘T2 Trainspotting’: Why the Sequel Is Better Than the Original

Before 1996, Danny Boyle was a little-known British TV director. Then along came Trainspotting, a movie that launched both his and Ewan McGregor’s respective careers, while giving audiences an unsettling (and often hard to watch) glimpse inside heroin addiction in Edinburgh, Scotland. The film became an instant cult classic from there, and for 20 years it was held up as the crowning work of Boyle’s career this side of Slumdog Millionaire.

Any time a sequel surfaces after 20 years, we’re left wondering: Is this something with true artistic merit, or simply an easy cash grab taking advantage of a built-in audience? In the case of T2 Trainspotting, it’s very much the former, and it’s not difficult to see how.

1. Picking up right where Trainspotting left off … 20 years later 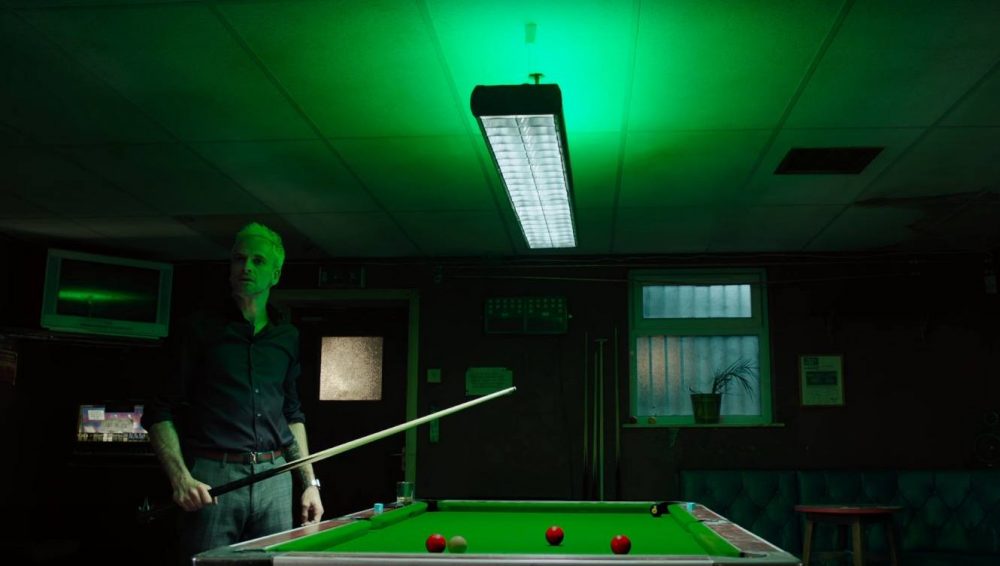 The ending of the first Trainspotting was relatively open-ended: Mark (Ewan McGregor) skips town with his friends’ money, leaving them behind in Edinburgh as he tries to build a new life for himself. T2 picks up after 20 years, with Mark blowing back into town to face the consequences of his thievery. And while his friends and family have aged over the years, Danny Boyle does a wonderfully subtle job of making us feel as though almost no time has passed at all.

2. Checking in on old friends 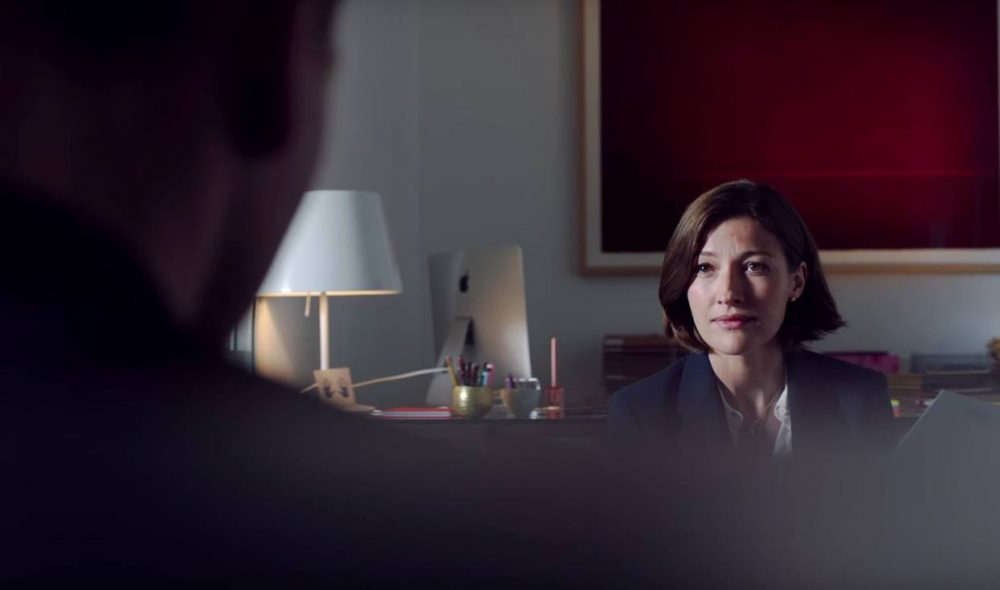 The beauty of the original Trainspotting wasn’t simply in the way we got to know a single core group of friends and addicts. Along the way, we got a peek into a collection of compelling side characters, each of whom brought something unique to the greater narrative.

T2 checks in with them, showing us how their lives have shaped up over the last two decades. Some have gone on to have successful careers for themselves. Others are worse off than where they started, and the sum total is an intriguing trip down memory lane. 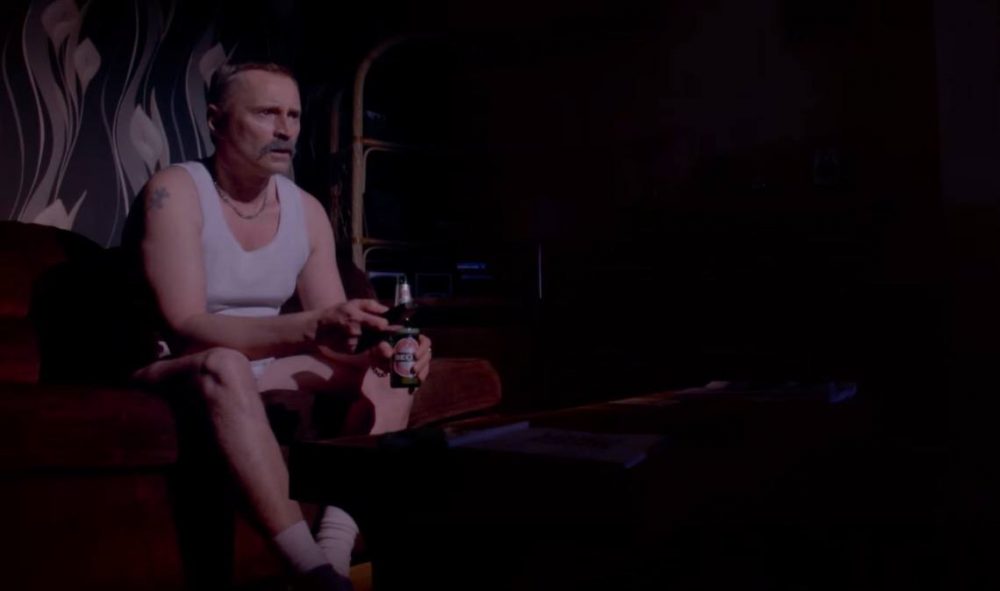 Both Trainspotting and T2 share one, singular trait: they don’t care about your feelings. Neither film is scared to give you an honest, and sometimes disgusting look inside the world of addiction, and how it ruins the lives of both addicts, and the people surrounding them. T2 improves on that too, infusing moments of true, raw emotion in between the brutal violence and heartrending tragedy.

4. Standing on its own two feet as a sequel 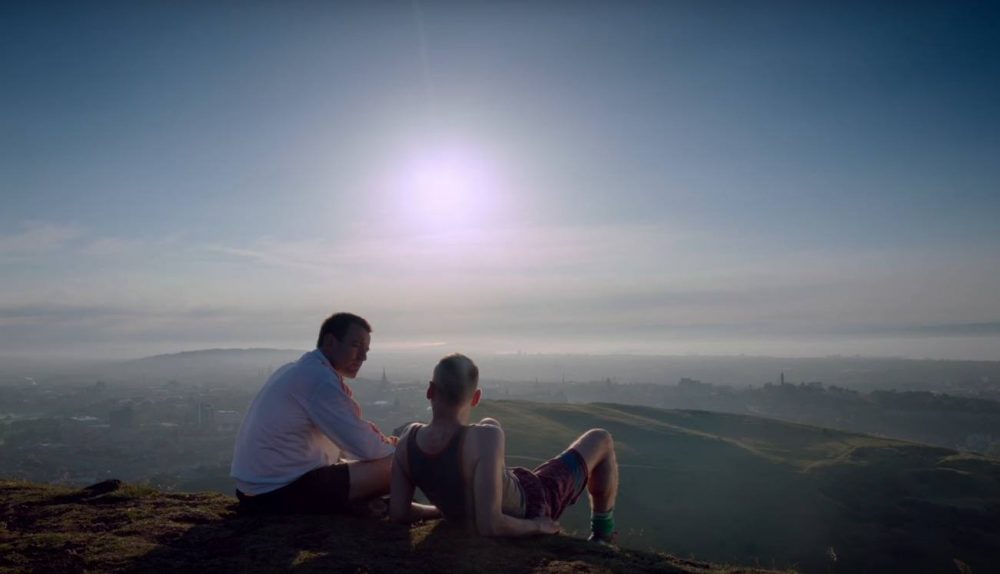 The fatal flaw of many sequels can be found in the way they try and make the same statement as the original film. That, in turn, leads to issues in justifying the existence of follow-up efforts, especially for movies that don’t attempt to tell us anything new.

T2 Trainspotting makes a concerted effort not only to build on its predecessor, but to make its own statement. The film largely deals in aging, how we have a tendency to glorify the past, and what truly being alive should be like. Whereas the first Trainspotting largely dealt in addiction and mid-’90s Edinburgh, T2 moves beyond that, showing us men who’ve entered into a confusing and lonely phase of their latter years. 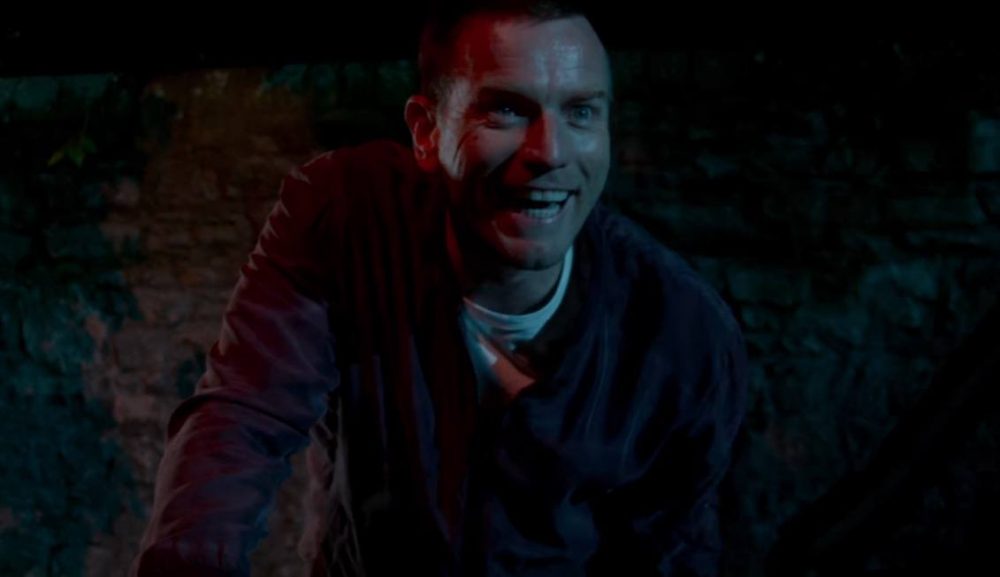 T2 succeeds as a sequel in more than one way. Most importantly though, it manages to reference its predecessor subtly enough that you never feel like you’re being beat over the head with an onslaught of inside jokes. Sometimes, it’s a poetic re-creation of a scene from the original Trainspotting. For other scenes, it’s an offhand reference that goes by so quickly you barely have time to register it’s happening before it’s over.

The result is an approach that builds on the considerable foundation of Trainspotting, while still providing fans with something new and exciting.

6. A visual language that only improves with age 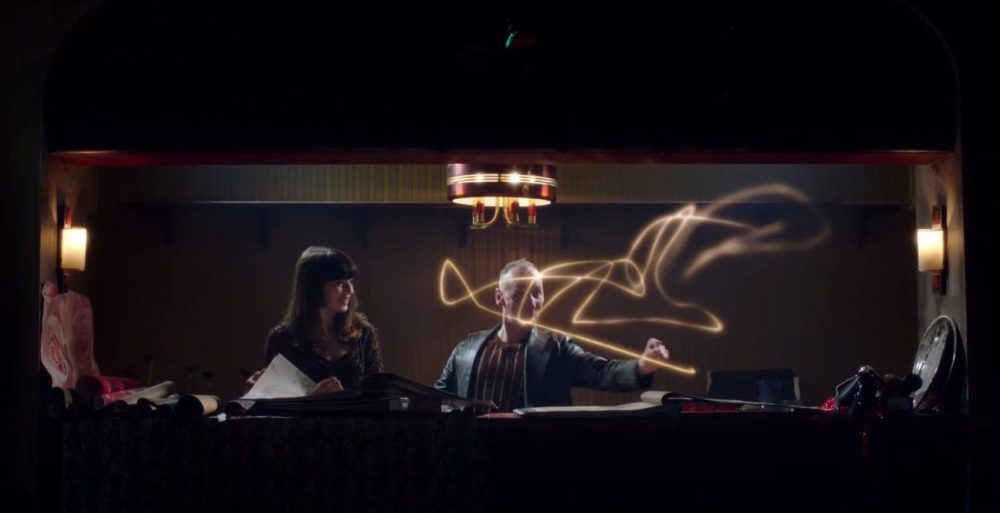 Trainspotting was a groundbreaking movie when it first released in 1996, employing a vivid, frenetic visual language to tell its equally-frenetic story. There’s little doubting that its aesthetic is distinctly mid-’90s though, as it’s largely a limitation of the special effects technology of the era.

T2 captures that same visual feel, but ups the ante entirely. Scene after scene gorgeously utilizes modern CGI to bring that 1990s aesthetic into the 21st century. If nothing else, it’s a beautiful movie to look at.

7. Developing each character’s arc two decades after the fact 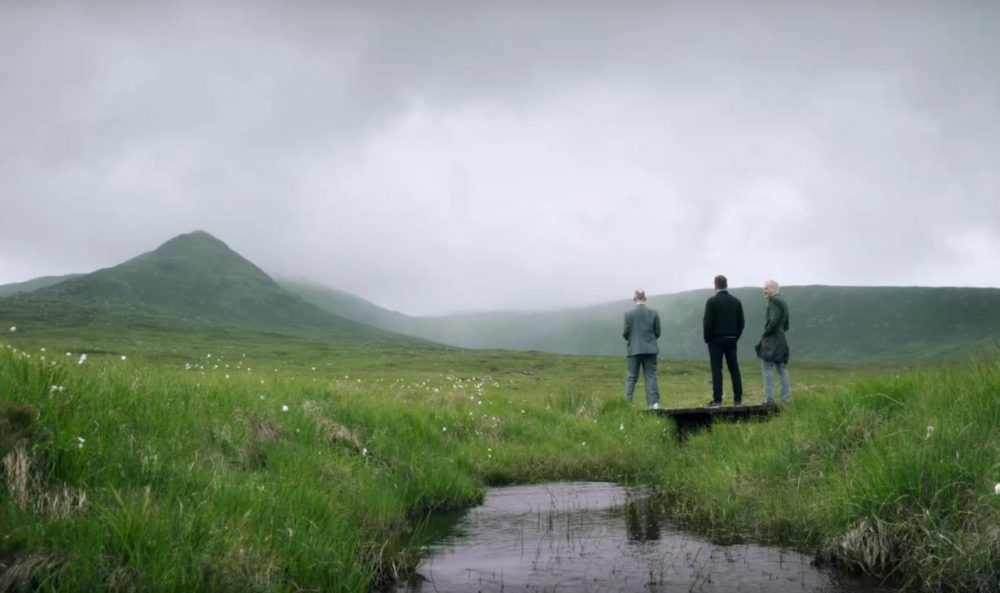 Trainspotting may have featured a wide variety of characters, but at its core, it’s about Mark Renton, and the way he perceives the world. T2 outstrips its predecessor in a big way by embracing its talented ensemble, and providing us with valuable insight into every character.

We see Begbie (Robert Carlyle) realizing the monster he’s become to his family, Sick Boy (Jonny Lee Miller) trying to find his place in the world, Spud (Ewen Bremner) constantly being punished for his kindness, and how the dynamic of all three directly effects Mark (McGregor). More than anything, it demonstrates just how much Danny Boyle has matured as a storyteller after 20 years.

8. Honoring those they lost 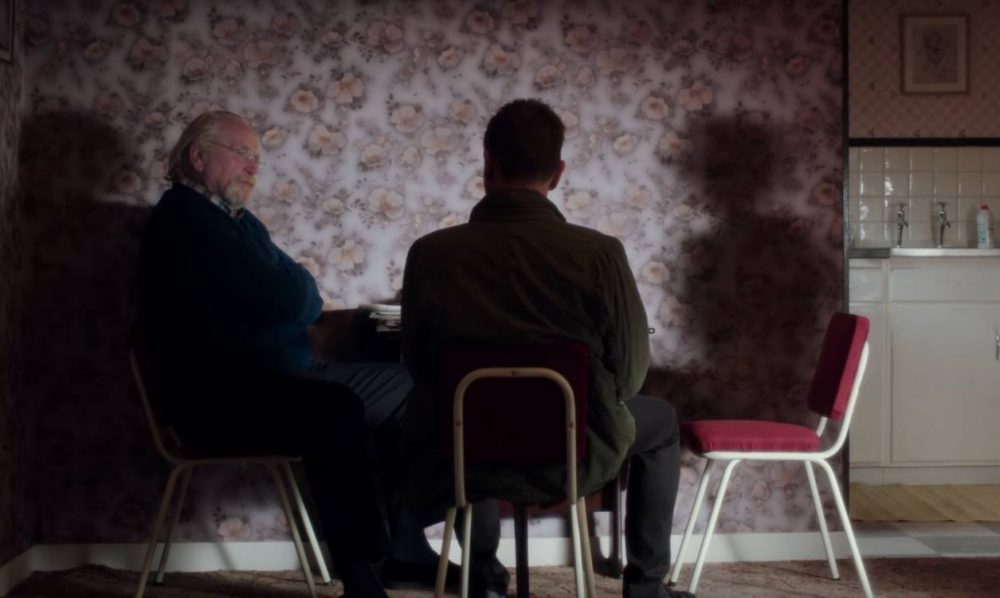 The core characters of T2 are men who carry extreme emotional baggage with them at all times, much of which is rooted in self-inflicted tragedy. We saw that in the first Trainspotting, when Mark inadvertently gets his friend Tommy hooked on heroin, and Tommy eventually dies as a result of his addiction. Each of the primary players carry a similar story of destruction in their wake, something that’s built on wonderfully in T2.

9. The one knock against the film is minor, but worth noting 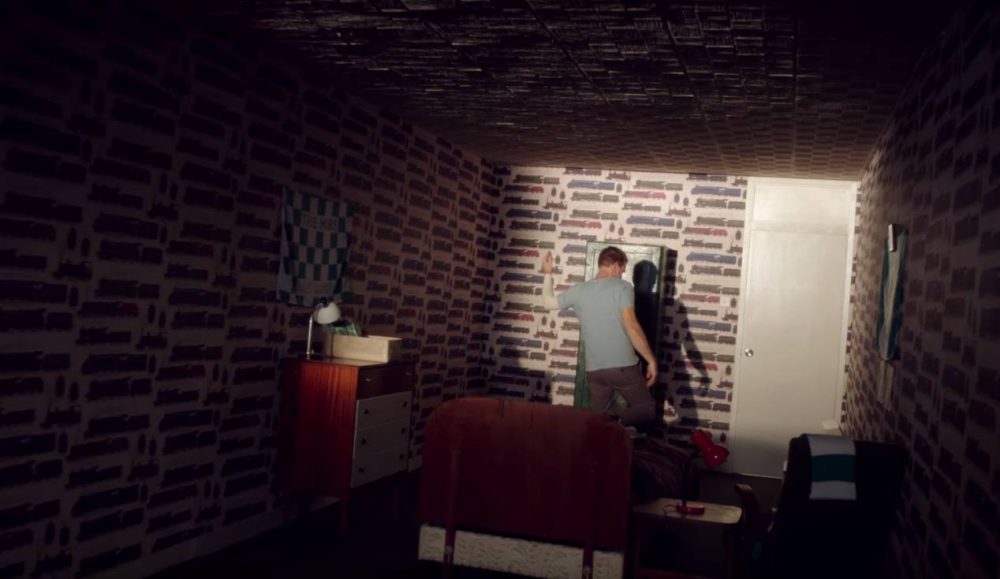 T2 is about as good as a sequel gets, but that doesn’t mean it’s without its flaws. Most significantly, the runtime pushes almost two hours, a stark difference from the tidy 93 minutes that made up the first Trainspotting. It leads to a fair bit of drag to the story about three-quarters of the way through the film, often stalling the momentum at key junctures. And yeah, it’s a small gripe, but no movie’s perfect.

10. T2 features an unbridled joy not felt in the original Trainspotting 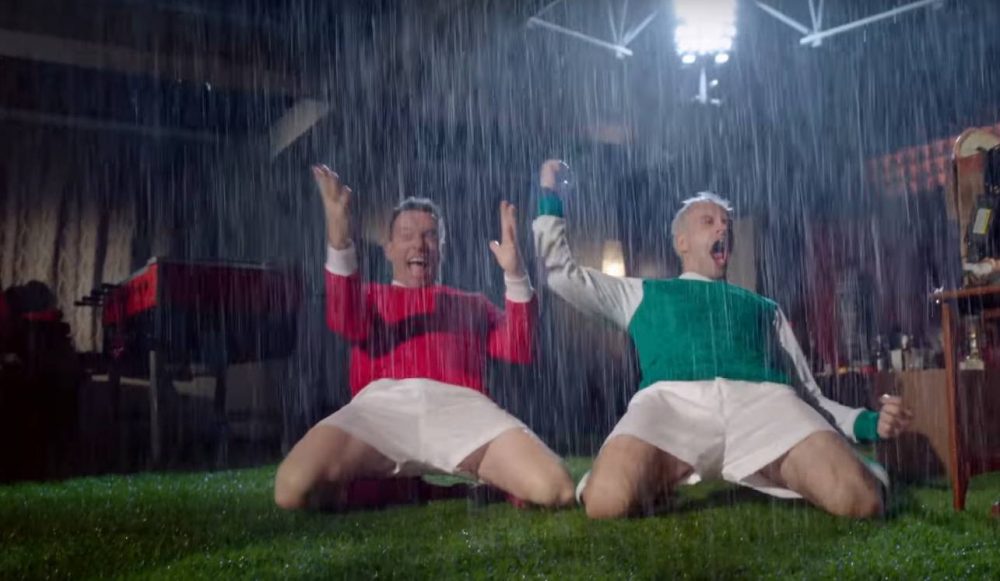 1996’s Trainspotting made a concerted effort to never allow you to feel happy for more than a few minutes before a sobering moment of death and destruction. T2 stands on its own by prominently featuring moments of sheer, unbridled joy, showing us that even while our main characters are generally terrible people, there’s still something left to love about life. The real artistry though is the way in which it never feels too warm and cuddly, with a subtle air of reality always hanging around Mark and his friends.

T2 Trainspotting is a rousing success of a sequel that does (almost) everything right. It justifies its own existence as a belated follow-up effort, continues to build out its collection of characters, and provides fans of the original with an exciting update on the visual style that made it such a cult classic back in 1996. Suffice it to say, this one is a must-see, both for people who grew up on Trainspotting, and those who are just now discovering it.