Despite rumors, Taylor Swift and Katy Perry will not perform a duet together at the MTV Video Music Awards, as reported by ET who interviewed VMA producer Garrett English. 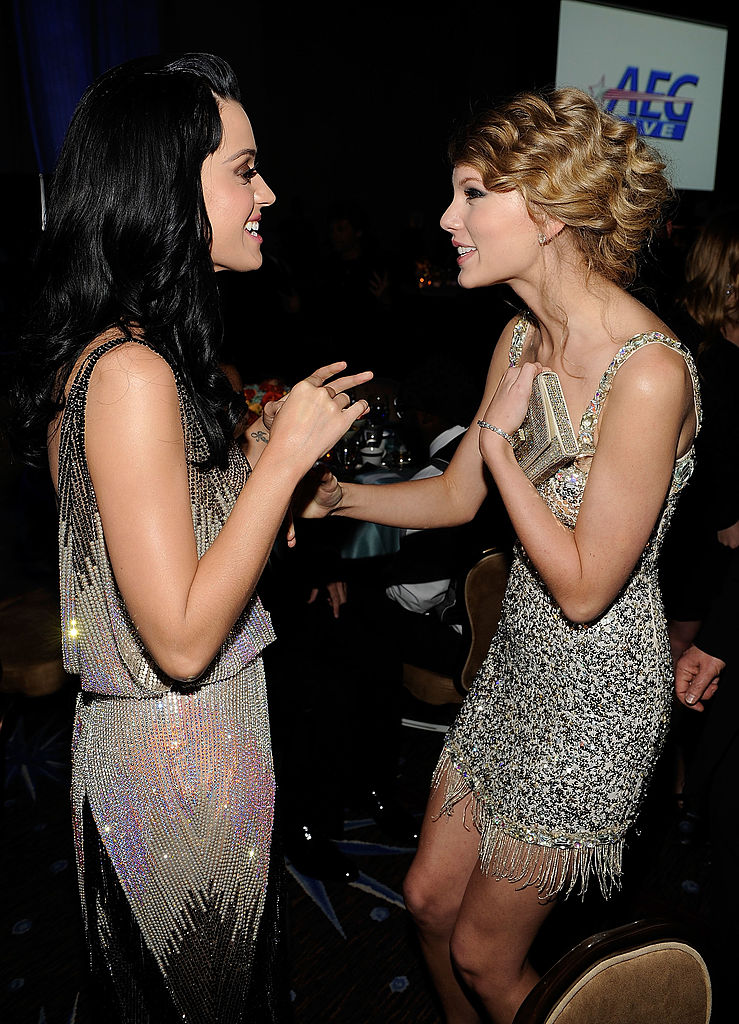 An ongoing feud between Perry and Swift has been reported heavily in the news over the past several years.

Perry is set to host the awards show airs on MTV Sunday, Aug. 27 at 8:00 EST. “There’s going to be a lot of costume changes and a lot of movement,” Garrett said regarding Perry’s hosting performance. “One of the things about the show is that the entire space is dynamic and I think Katy is really looking at trying to use that space in a really fun and exciting way.”

Sources told Us Weekly that Swift does plan to be at the VMAs. The singer just announced she will be releasing a new single and music video quite soon.

Nominees for VMA awards include rapper Kendrick Lamar who leads with eight nods, Perry, and The Weeknd. Performers at the event include Lamar, Miley Cyrus, Ed Sheeran, The Weeknd, Post Malone, Logic, Julia Michaels and Lorde.

Pink will perform her new song “What About Us” and also accept the night’s highest honor, the Michael Jackson Video Vanguard Award. The song is the latest official single taken from Pink’s upcoming seventh full-length album “Beautiful Trauma” which is expected on Oct. 13, according to her Instagram post.

I could not be more excited right now. My single comes out today "what About Us" and my new album "Beautiful Trauma" comes out October 13th. I'm certifiably, insanely proud of this album. It's been a while, and I'm grateful for all the years we've had. Looking forward to the next chapter with you.

MTV features a page where fans can vote for nominees in categories such as Best New Artist, Song of Summer, Video of the Year, Artist of the Year, Best Collaboration, Best Pop, Best Hip Hop, and more.