Taylor Swift Kicks Off Pop Domination With No. 1 ‘Shake it Off’ 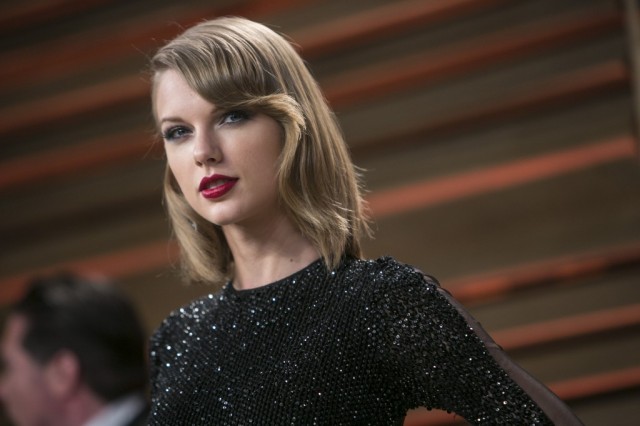 Taylor Swift’s latest single “Shake It Off” is off to a strong start, despite the controversy surrounding its debut. The lead song off Swift’s upcoming first official pop album, 1989, has rocketed to No. 1 on the Billboard Hot 100 Chart, ending MAGIC!’s six-week streak at the top.

The country-turned-pop singer announced her next album and latest single earlier this month during a Yahoo! live stream. During the same session, she also unveiled the coinciding music video for “Shake It Off,” which spurred accusations of cultural appropriation and gained a lot media attention in recent days. But it seems any negative attention hasn’t done any damage to the song’s sales. Per Billboard, the song arrives with 554,000 first-week downloads sold in the week ending August 24, making it the greatest weekly total this year.

This marks Swift’s second No. 1 on the Hot 100. Her first, “We Are Never Ever Getting Back Together,” was also the first single off her last album, Red. It remained at the top of the charts for three weeks. “Shake” is also Swift’s seventh No. 1 on the Digital Songs chart, which ties her with Britney Spears for the fourth-most top digital songs, following Rihanna (with 13), Katy Perry (with 10), and Eminem (with nine).

The single has gotten off to a record-breaking start at radio as well. It debuted at No. 9 on Billboard’s Adult pop songs radio airplay chart, making it the highest debut in history. It also soared to No. 12 on the Pop Songs chart, tying Mariah Carey’s 1993 hit “Dreamlover” for the best ever launch.

The success of the song isn’t surprising, given that Swift has continuously topped her previous sales with the announcement of each album. It also goes to show that many of her fans aren’t all too concerned with her genre crossover — likely because, while this might be her first “official pop album” (as she described it), Red also featured its share of songs with decidedly pop undertones, like the previously mentioned “We Are Never Ever Getting Back Together.”

Following Swift’s latest chart-topper is the latest buzzworthy single from another strong pop artist, Nicki Minaj. Her newest track, “Anaconda,” lands at No. 2, likely helped by the release of its much-discussed music video. The video shattered Vevo’s record for the most views in a 24-hour period (previously held by Miley Cyrus’ “Wrecking Ball”) with 19.3 million views. “Anaconda” marks Minaj’s highest ranking Hot 100 single yet, beating out her 2011 hit “Super Bass,” which peaked at No. 3.

Meghan Trainor’s “All About That Bass” falls one spot from its No. 2 peak, down to No. 3. Sam Smith’s “Stay With Me” also dips one spot, landing at No. 4. Rounding at the top 5 is “Rude,” the smash hit by Canadian reggae fusion band MAGIC! The song was overthrown by Swift’s “Shake It Off” after six straight weeks at the top of the Hot 100 chart.

Iggy Azalea’s “Black Widow” is the only song to rise from its place last week, reaching a new high of No. 6 following the live performance of the song on the MTV VMA’s. Ariana Grande follows with her single “Break Free” at No. 7. Sia’s “Chandelier” returns to its best rank at No. 8. Both Grande and Minaj appear on the chart again at No. 9, thanks to “Bang Bang,” their collaboration with Jessie J. Landing at the last spot in the final is last week’s No. 4 song, Nico & Vinz’s “Am I Wrong.”