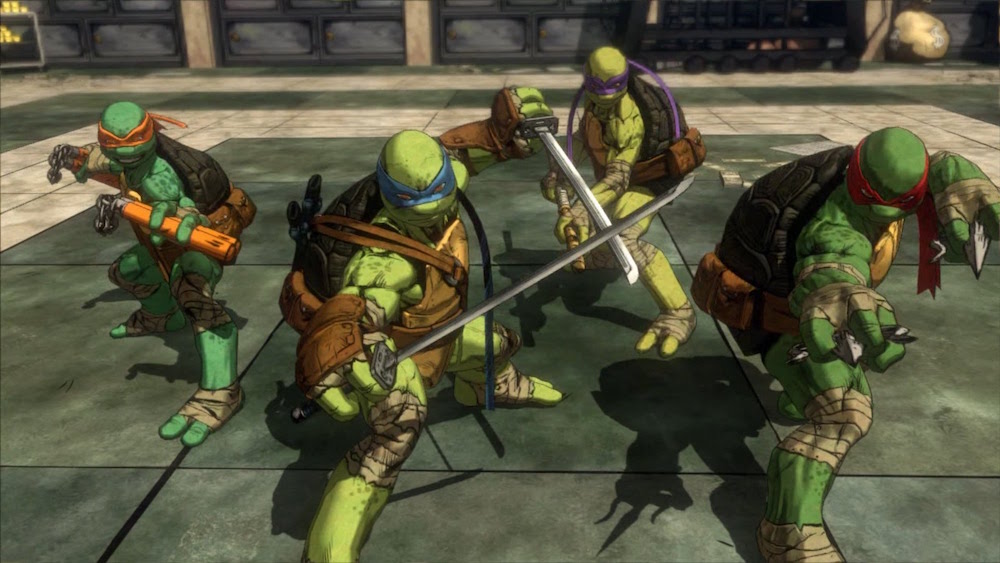 The Ninja Turtles gear up to fight in Mutants in Manhattan | Source: Platinum Games

It’s hard to believe the Teenage Mutant Ninja Turtles have been around for three decades now. Their enduring appeal says a lot about the power of a good brand, and about kids’ timeless love for pizza–munching vigilantes. Their latest video game incarnation is Teenage Mutant Ninja Turtles: Mutants in Manhattan, a brawler that isn’t based on the new movies, or related to the ongoing Nickelodeon cartoon. This is a new take on a beloved franchise.

But is it any good? Let’s grab a hot slice of New York style pizza and dive in. We’ll start with some good news, and then break your Turtle-loving heart with a whole bunch of bad news.

The presentation is solid

Mutants in Manhattan looks great, with cel-shaded graphics that make it seem like a living cartoon. It’s relatively funny, too. The cut scenes tell a story that’s punctuated with humor and solid turtle characterization. Donatello is the science guy, while Michelangelo exists to make jokes, often based on how much he craves pizza.

If there’s one thing developer Platinum Games excels at, it’s action. This game offers plenty of it, with a whole mess of attacks, dodges, parries, grinds, and special moves to keep things moving. You can even run up walls to fight the Foot Clan on rooftops.

It also puts all four turtles onscreen at all times, and you can switch between them with the press of a button. Each one has four unique special moves, so once you get the hang of it, combat flows with satisfying speed. 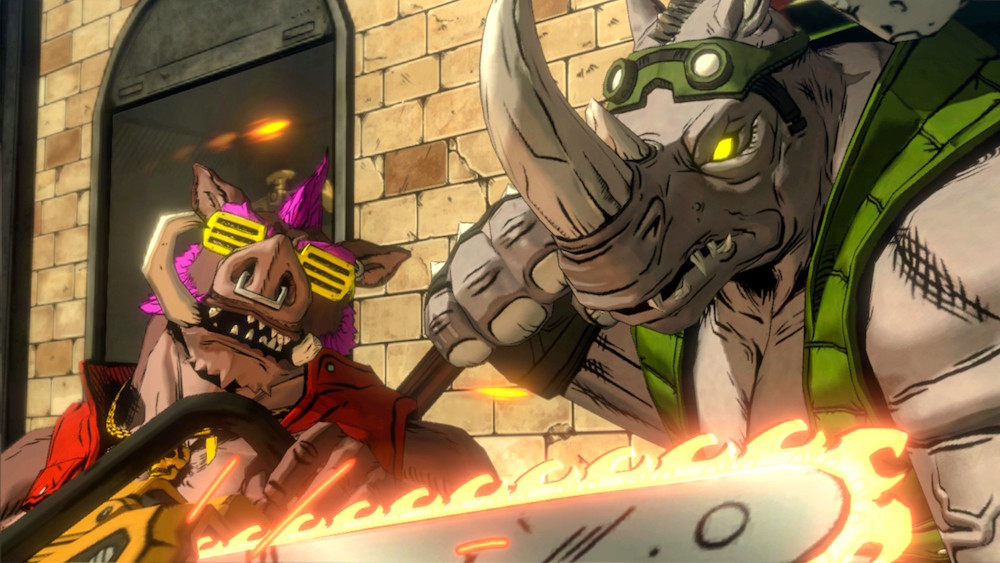 On the other hand, with all four turtles in on the action and the usually sizable groups of enemies of various types cluttering the screen and hurling attacks your way, things quickly become unmanageable. There’s just too much going on onscreen to have any idea what you should be doing — much less to dodge or parry incoming attacks.

All too often I’d lose sight of my character onscreen, which made avoiding attacks and strategic fighting impossible. In those instances I just spammed special attacks and hoped for the best.

Each turtle has four special “ninjutsu” slots. You can acquire new moves for each character and upgrade all of them as you progress. Seeing as you can switch between turtles at any time while you play, that means you always have 16 special moves available to you. This is way too much to remember, especially when Foot Clan enemies are crowding in on you and you can barely remember which turtle you’re controlling.

With so many ninjutsu moves thrown at you all at once, pumping points into them between levels feels like a major chore. And forget about purchasing new ones, because that would only confuse matters further.

The bosses in question are the likes of Bebop, Rocksteady, Krang, and a handful of other villains fans will recognize. They’re pretty much what you’d expect.

Although the bosses are occasionally enjoyable to fight, they can take a beating like nobody’s business. For some reason, each boss has seven health bars, which makes the fights overstay their welcome (and then some).

The game is short

For as long as the bosses take to beat, the overall game is short. On the normal difficulty setting, Mutants in Manhattan only takes about six hours to complete. Its online co-op mode might give it some replay value, but only a limited amount.

Speaking of co-op, one thing that might have made Mutants in Manhattan more fun to play would be local co-op. After all, even bad brawlers are better if you can play with someone sitting next to you.

Unfortunately, that’s not possible in Mutants in Manhattan, because the game’s multiplayer mode is online-only. Instead of handing a friend the second controller, your friend has to buy a copy of this deeply sub-par game, go home, sign in, and play it at the same time as you. That’s a shame.

There’s no nice way to say it: Mutants in Manhattan is a mess. It feels both overstuffed with upgrade systems, while still being barren of smart game design ideas. The content it has feels severely padded — and that’s just to make it a six-hour game. Whether you’re a Ninja Turtle fan or not, don’t waste your money on this one.