‘Teenage Mutant Ninja Turtles’: The Best (and Worst) Movies Ever Made

Last year’s Michael Bay-produced Teenage Mutant Ninja Turtles may have received a mixed response from fans. However, the film essentially reinvigorated the characters’ big-screen appeal, reining in nearly $500 million at the worldwide box office. Naturally, a sequel arrived this year, Teenage Mutant Ninja Turtles: Out of the Shadows, with Arrow star Stephen Amell as Casey Jones as well as Bebop and Rocksteady in their live-action debut. As the heroes on a half-shell are once again viable movie stars, we look at their previous theatrical releases to date. For the record, we’re not including made-for-TV films like the fan-favorite 2009 animated film Turtles Forever, which marked the 25th anniversary of the characters’ creation by Kevin Eastman and Peter Laird, or the latest release.

[Update, 8/15/16: Updated language to reflect that ‘Teenage Mutant Ninja Turtles: Out of the Shadows’ has now been released.] 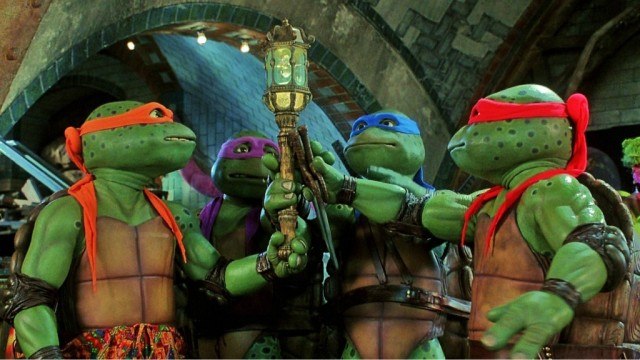 In the early 1990s, the turtles couldn’t have been more popular, but this conclusion to the initial trilogy of live-action films marked a steep decline in both storytelling quality and visual effects, as Jim Henson’s Creature Shop didn’t work on the turtles this time around. When April O’Neil (Paige Turco) delivers an old antique to the turtles, she accidentally travels back in time to 1600s Japan, leading our four heroes to head after her on a rescue mission. The film’s premise could have been loaded with promise, but the film is far more interested in overcooked melodrama and childish humor to work as either a compelling story or a fun, goofy ride (like its predecessor). Still, Elias Koteas’ return as Casey Jones from the first film is a welcome one, even if he doesn’t really have much to do but babysit a quartet of wayward samurai. 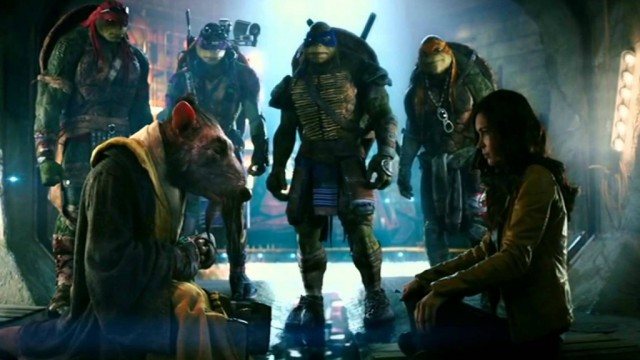 Long before director Jonathan Liebesman’s film hit theaters, fans were prepared to hate it. Reports that the film’s turtles would turn out to be aliens and that William Fichtner’s oily business tycoon Eric Sacks would be the new Shredder led to an uproar, but while neither is the case (at least, in the finished film), this reboot does still bear a disjointed plot that is clearly recycled from films like The Amazing Spider-Man and an empty lead performance from Megan Fox as April. Even worse, many of the biggest criticisms of Bay’s Transformers films migrated over to this franchise. Luckily, the film succeeds in bringing the turtles’ distinctive personalities — from Raphael’s outsider mentality to Michelangelo’s playfulness — to life and neatly sets up a world ripe with possibilities for future installments, even if this entry itself is a decidedly mixed bag. 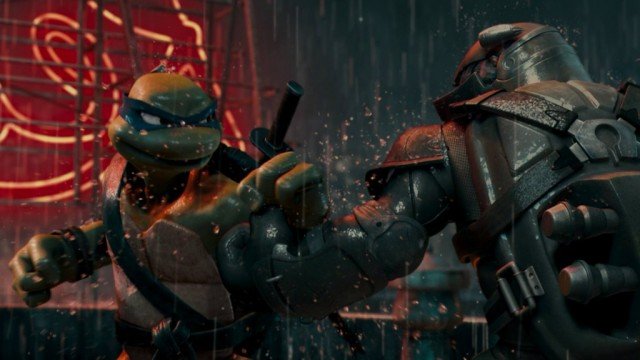 After 14 years away from the big screen, the turtles return in this computer-animated effort. Perhaps the film’s biggest failure is that its storyline centers on the turtles having found separate paths between films, with Leonardo on a self-imposed exile to become a better leader and Raphael fighting crime as a vigilante known as Nightwatcher. Despite a mediocre plot, the film’s animation is stellar to behold, especially during the epic Leo vs. Raph battle that occurs mid-film. Director Kevin Munroe has confirmed that this film follows the continuity of its three live-action predecessors, making this brotherly duel the turning point for a rivalry that has been building for years. Alas, the film was a box office disappointment and marked the last release by Warner Bros. before Viacom acquired the rights to the characters.

Whereas the turtles’ original film hewed closer to the dark tone of the comic book source material, this sequel fully embraced the goofy side of the wise-cracking characters, as depicted on their hugely successful animated series. Their arch-nemesis, the Shredder, inexplicably returns after his apparent death in the previous film, and the turtles face off against Tokka and Razar, a mutated wolf and snapping turtle transformed by the same ooze that created our heroes themselves. Undeniably cheesy (see: Vanilla Ice’s film debut and subsequent “Ninja Rap” sequence), the film has no illusions about the kind of film it’s trying to be, going to great lengths to please its young fanbase. The fact that the story at hand ties back to the turtles’ mysterious origin is simply a bonus on top of all the slapstick, family-friendly action and the pizza. Oh, my, the pizza. 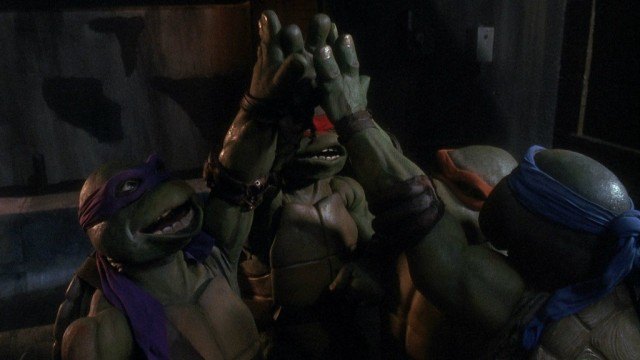 The first film to bring the foursome to life on the big screen still stands as the best. While staying true to the lightness that made the characters childhood favorites of a generation, this release grounds the turtles in much the same way that the previous year’s Batman brought a sense of weight to the Dark Knight’s comic book universe. Take, for instance, the fact that the Shredder’s Foot Clan is preying upon the vulnerabilities of New York City teens to run its operations. Luckily, our heroes — along with April (Judith Hoag) and Casey (Koteas) — stand in their way, and the film wisely highlights the significant role sensei/father figure Splinter plays in their lives, lending the adventure more emotional resonance than any subsequent films in the series. One of the highest-grossing films that year, Teenage Mutant Ninja Turtles remains the benchmark that all future entries in the franchise will be measured against.