Kanye West is working on new music, which means his shenanigans are at an all-time high. In November 2016, shortly after Donald Trump was elected President of the United States, and after West publicly met with him, the musician had a mental break on stage during his Saint Pablo tour.

After being hospitalized and treated for exhaustion, many folks chalked up West’s erratic behavior, including his apparent support of Trump as a side-effect of the stress that he was going through. Obviously, we were very wrong.

The Chicago native, who was once a major advocate for the black community is now a Trump supporter, and everyone is baffled. However, there is one reason the “Stronger” rapper won’t stop defending the president.

Brothers from another mother

During Hurricane Katrina, West boldly said on a live telethon, “George Bush doesn’t care about black people.” Apparently, now that he has been fully immersed in celebrity culture, West no longer understands the plight of black Americans, and he thinks of Trump of his brother.

He tweeted, “You don’t have to agree with trump but the mob can’t make me not love him. We are both dragon energy. He is my brother. I love everyone. I don’t agree with everything anyone does. That’s what makes us individuals. And we have the right to independent thought.”

Next: That ridiculous red hat

Fans were quick to call out this photo. | Kanye West via Twitter

During Trump’s campaign and during the Charlottesville riots where white mobs killed a woman and attacked people of color, many wore Trump’s signature red, “Make America Great Again” hats. Apparently, West has forgotten about the attacks on people of color by Trump and his followers. 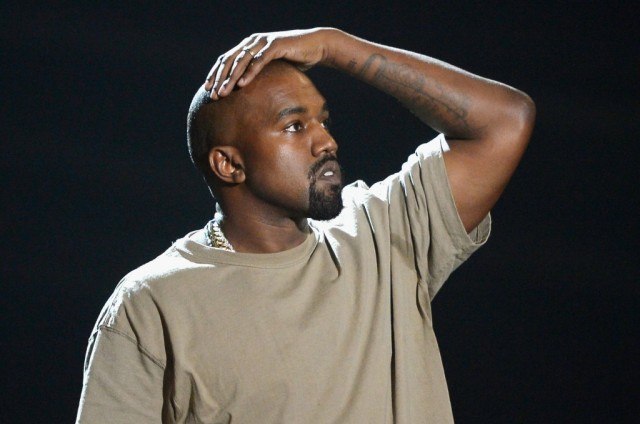 Kanye West’s recent actions have made him appear privileged and out-of-touch with reality. | Kevork Djansezian/Getty Images

Well before he married Kim Kardashian, West was starting to lose touch with reality. He was no longer affected by the trials and tribulations of what it means to be a regular black person trying to make it in America. His wealth and privilege kept him in a bubble.

Kanye has the space to dismiss racism. His life will arguably never be threatened by the police. He is not suffering wage discrimination….[and] will not be racially profiled at Starbucks or LA Fitness. He will never worry about getting laid off from a job because of a despicable tax bill. Kanye lives a privileged life, therefore, Trumpism benefits his materialistic and narcissistic world.

Next: A nightmarish bromance

It may be that West relates to President Trump because they are essentially the same person. Like the POTUS, West only cares about himself.

As Clane expressed in his CNN Op-ed,

Kanye needs awards. Trump needs ratings. They both whine about the media but create their own media firestorms. They are obsessed with adulation and become enraged if anyone disagrees with their so-called genius. Their birthdays are six days apart — they are two peas in a pop culture pod. Let’s call the duo TrumpYe.

Honestly, if the duo were competing in the narcissism awards, we wouldn’t know who to bet on.

Next: The 1 reason West is obsessing over Trump.

This new friendship might be going too far. | Drew Angerer/Getty Images

Despite everything, West’s support of Trump could have a deeper meaning. The rapper has been vocal in the past about running for the presidency in 2020. Trump’s win proved that celebrities with no political experience could win.

In August 2016, West appeared on Annie Mac’s Radio One show and said, “When I talk about the idea of being president, I’m not saying I have any political views. I just have a view on humanity, on people, on the truth.”

It makes sense then that West would attempt to cozy up to a man who proved he could say literally anything and still become president.

Was this all a publicity stunt? | Jewel Samad/Getty Images

As one would expect, West’s bromance with Trump and his lust to be accepted by white Republicans haven’t earned him any respect amongst members of the black community, who widely supported Hillary Clinton nor his fellow musicians. In his single  “Ye vs. The People” featuring T.I., who has been an avid critic of Trump, West raps, “I know Obama was Heaven sent, but ever since Trump won, it proved that I could be president.”

T.I. retorts, “This s**t is stubborn, selfish, bullheaded, even for you.”F*** who you choose as your political party, you representin’ dudes just seem crude and cold-hearted.”

We want the old Kanye!

Leave Kim Kardashian out of this

Even West’s wife, Kim Kardashian, seems to think that her husband has fallen off the deep end. Kardashian was an outspoken supporter of Clinton in the 2016 election.

West tweeted, “My wife just called me, and she wanted me to make this clear to everyone. I don’t agree with everything Trump does. I don’t agree 100% with anyone but myself.”

Can Kanye be canceled already? Kardashian needs to pack up her babies and exit swiftly.