When it comes to couples who seemingly have it all, Chip and Joanna Gaines are it. From their hugely successful HGTV show that catapulted them to fame to their amazing business ventures that continue to amaze the Waco, Texas, community, there’s a reason fans can’t get enough of the Gaines’. And now with five children and their announcement that they may be returning to our TV screens, we’re all more excited than ever.

Chip and Joanna seem perfect — but they weren’t always as rock solid as they are now. There was actually a time when Joanna threatened to leave Chip. Here’s what happened.

How the two first met These two have a love story for the ages. Chip has recalled in interviews the moment he knew he wanted to date Joanna — and it all started in an automotive shop. He saw a photo of Joanna in a family photo behind the counter of her father’s Firestone Tire store. And from that moment, he claims, “I knew I’d marry her one day just by the picture on the wall.”

After that photo, Chip started frequenting the shop in hopes of meeting Joanna — and his persistence finally paid off. The two met in the waiting area when she was working and “hit it off immediately,” Joanna said. From there, they started dating — and though it took Joanna a few months to completely warm up to Chip, the couple then got married in 2003.

Chip’s business ventures caused a rift in their relationship We can’t think of a time when Chip and Joanna weren’t successful, but we know from past stories that they had to hustle hard for their business accomplishments. When these two were both in their 20s, Chip mentioned in his memoir, Capital Gaines: Smart Things I Learned Doing Stupid Stuff, that he was “knee-deep in three different businesses,” Today reports. His crew had many Mexican workers he really resonated with — but the language barrier was affecting the business. To up his communication skills, Chip decided to enroll in a three-month Spanish immersion program. The only problem was that the course took place in Mexico.

Chip and Joanna were dating for just six months at the time, but Chip trusted Joanna to take care of the needs of his three businesses. Though she was still working at her father’s shop at the time, she agreed. Unfortunately, Chip wrote, “Although her talent for bookkeeping was unmatched, I had sorely underprepared her for the events that were about to unfold.”

Why Joanna threatened to leave

According to Today, Joanna was feeling the pressure of running Chip’s businesses and helping her father with his shop within the first two weeks of Chip being gone. Joanna had allegedly been dealing with angry employees, bounced checks, and other business hardships when she gave Chip a call. According to Chip, she yelled at him on the phone telling him his business was a joke. “All these people are coming to my dad’s shop demanding to be paid, and there’s no money! Lucky for you, your dad is bailing your sorry butt out,” Joanna told him.

Joanna was seriously angry when she called — and she even threatened to leave Chip unless he returned home immediately. “You have three days to get back to Texas or this relationship is over,” she said. Clearly, her words made an impact, as he quickly came back home and promptly apologized to both Joanna and her father.

How the couple are doing now 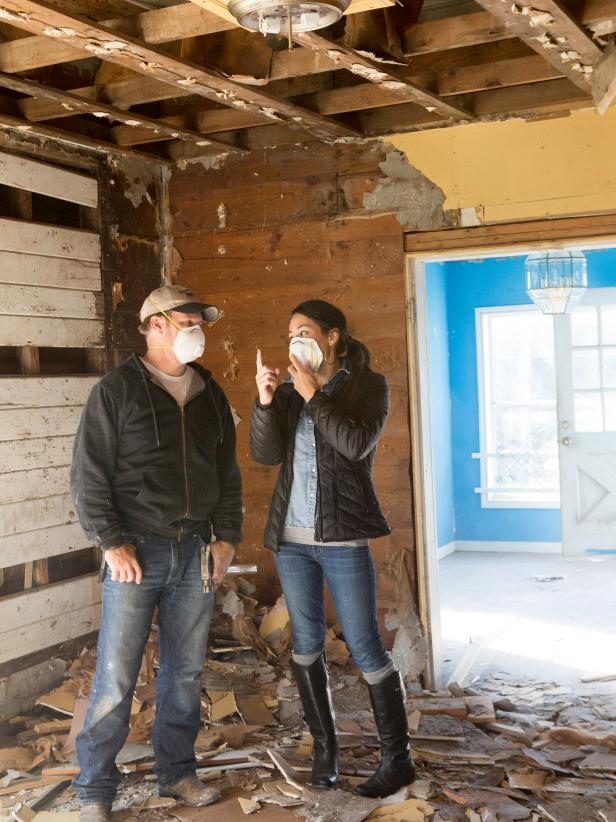 It sounds like this may have been one of the biggest riffs between the couple, but since then, they’re seemingly stronger than ever. And though they’re busy with five children, multiple businesses, and TV shows, they do have one secret to keeping their marriage strong — and that’s their weekly date night. The couple has said they try to go on a date once per week to get some one-on-one time with each other.

Though rumors in the past have said Chip and Joanna’s marriage may be in trouble, there’s never been any truth there. As Chip tweeted, “Won’t ever happen .. you can take that to the bank!”