Since the invention of the motion picture, every decade has been able to claim at least a few good movies. Some have offered up more than others. And some stand out far above the rest as a golden age of cinema. We all know that the 1970s were great as far as music is concerned. But it was also a high-point for filmmaking. Many of the most celebrated directors of modern movie-making — including Steven Spielberg — got their start during the ’70s. And no matter the genre, many of the most well-regarded films of all time were released between 1970 and 1979.

Coming on the heels of the 1960s, the ’70s saw a series of less flashy but still crucial changes to culture and society. So it makes perfect sense that many of the best films of the decade showcased a wide range of perspectives and commentaries on the world. And the movies of the 1970s frequently reflected the confusion, anxiety, and hope of an uncertain future.

Though it’s hard to narrow down a list of ’70s films when there are so many to choose from, the following movies represent the pinnacle of work done by some of the decade’s best directors, writers, and performers. Here are the 10 best films of the 1970s. 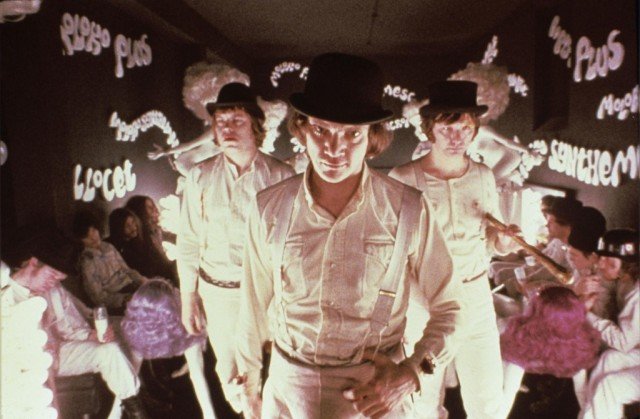 It doesn’t paint a pretty picture of society, but it’s one of the most visually memorable films of the ’70s. It makes a statement, but its dialogue is at times indecipherable. A Clockwork Orange was well received by critics but created an intense backlash when it hit theaters in 1971, thanks to its visceral, violent sequences and dystopian themes. But Stanley Kubrick’s adaptation of Anthony Burgess’s 1962 novel is, in retrospect, a gripping and timely examination of teenage delinquency, morality, and the psychological impact of living in modern society. Malcolm McDowell is mesmerizing as Alex DeLarge, leader of the Droogs. And Kubrick’s unmatched ability to blend innovative camerawork, detailed and imaginative scenery, and brutal violence makes A Clockwork Orange as unforgettable as it is unsettling.

It’s a film against which all other mob movies must be judged. And it’s regarded around the world as one of the best movies ever made. The Godfather instantaneously distinguished Francis Ford Coppola as one of the most talented filmmakers in Hollywood. It won Marlon Brando a Best Actor Academy Award for his portrayal of Vito Corleone, the soft-spoken head of one of New York’s most notorious organized crime families. It also made Al Pacino, who stars as military veteran-turned-mob boss Michael Corleone, a household name. From its deliberate pacing and to its daringly introspective examination of the emotional and physical fall-out of the world of organized crime, The Godfather isn’t just a gangster movie. It’s a subtle and masterful meditation on the importance of family, identity, and what it means to be an American. 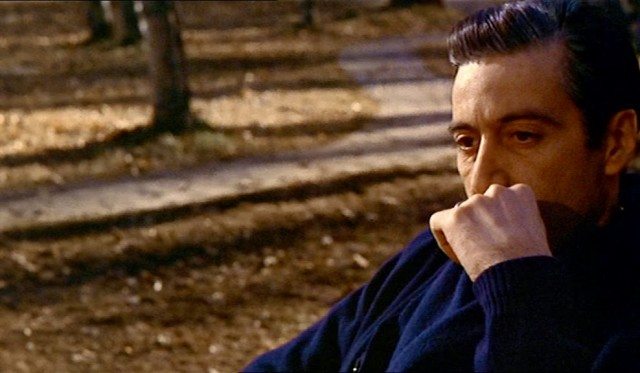 The Godfather Part II is so good, it feels almost criminal to introduce it as a sequel. But it is, in every way, a continuation of Francis Ford Coppola’s masterful first chapter in the history of the Corleone family. And it carries on its legacy, both thematically and tonally, while still telling a uniquely gripping story about power, loss and identity. Like The Godfather, Part II tells the story of a Corleone man’s rise to power. But while The Godfather focuses on Michael’s (Al Pacino) reluctance to join the family business, Part II parallels his rise within the ranks with his father Vito’s (Robert DeNiro) own journey, from a young, poor immigrant to a wealthy, magnanimous criminal leader. But The Godfather Part II is, more than anything, an intimate look at the way wealth and power can corrupt and destroy. Beloved by critics and audiences, it became the first sequel to win a Best Picture Academy Award.

Some film critics have argued that 1974 is the best year for movies ever. And when you take a film like Chinatown into account, it’s easy to understand why. Roman Polanski’s noir thriller is a rare blend of expertly crafted dramatic tension and aesthetics. It calls back to the great mystery films of the 1930s, but Chinatown‘s composite parts help set it apart from other genre pieces. With a brilliant script from Robert Towne, subtle commentary on class and power, and career-defining performances from Jack Nicholson and Faye Dunaway, it’s a film that is both evocative and endlessly entertaining. 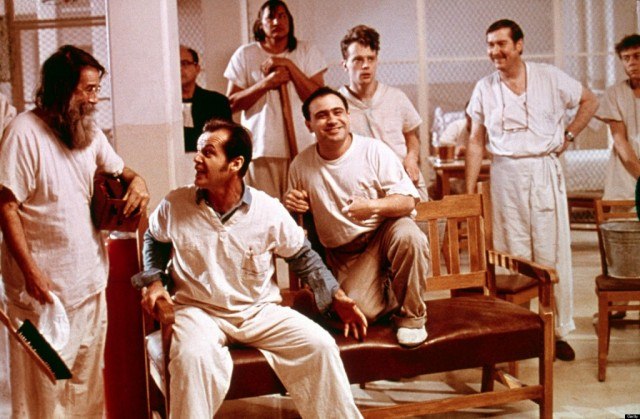 One Flew Over the Cuckoo’s Nest | Source: United Artists

In a decade that dealt with the fallout of immense social and political upheaval, it’s not surprising that a common theme in cinema was the fragility of the human psyche. And there may be no film that tackled that topic better than Miloš Forman’s edgy comedy-drama, One Flew Over the Cuckoo’s Nest. Based on Ken Kesey’s classic novel of the same name, the film puts the viewer in the middle of a mental institution. And in doing so, it forces us to really question what sanity is. Screenwriters Lawrence Hauben and Bo Goldman found a way to delicately balance the film’s comedy and tragedy, and Forman drives unforgettable performances from the film’s entire ensemble, particularly Jack Nicholson, Brad Dourif, Will Sampson and Louise Fletcher. And it serves as an entertaining and significant examination of mental illness that still feels timely today. One Flew Over the Cuckoo’s Nest is one of just three films to win the big five Academy Awards — Best Picture, Best Actor, Best Actress, Best Director, and Best Screenplay. 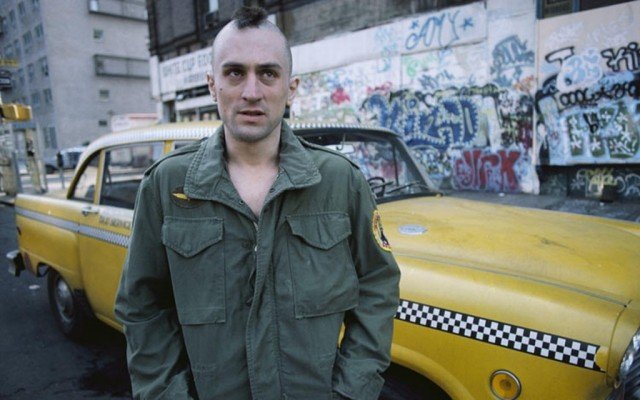 Roger Ebert called Martin Scorsese’s Taxi Driver “a hell.” And he meant it as a compliment. Indeed, this neo-noir psychological thriller about an antisocial war veteran is a visceral and often disturbing experience. It’s also one of the most apt and unforgettable examinations of a character’s inner psychology ever displayed on film. Robert DeNiro disappears into the role of Travis Bickle. By letting us see the world the way Bickle experiences it, Scorsese and DeNiro make a man that is equal parts violent, obsessive, and unhinged someone that we can empathize with. Taxi Driver is a chilling rumination on the way society can swallow a person whole — one that you don’t want to live through but can’t help but keep watching.

It’s a sports drama so powerful, its message has the ability to shift and resonate throughout generations. And though predictable in its tale of an underdog rising to the occasion, Rocky stands as proof that even the most formulaic story can be made exceptional with the right team in place. As the writer and star, the weight of this boxing film’s power rests almost entirely on Sylvester Stallone’s shoulders. But by telling Rocky Balboa’s story with realism and grit, he also helped to elevate and revitalize the entire sports film genre. Acclaimed by critics and adored by fans, Rocky spawned an enormously successful franchise and still stands as one of Hollywood’s most enjoyable celebrations of the human spirit. 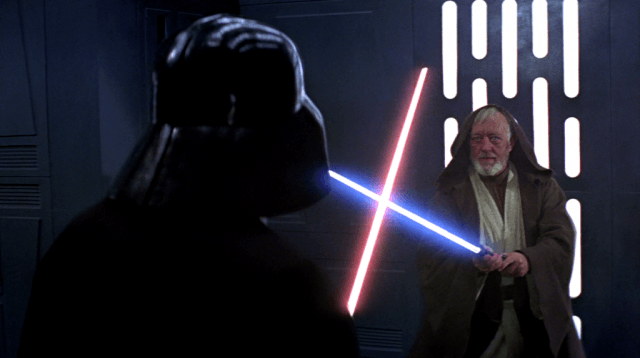 Is there a film franchise that’s done more to ignite imagination? You’d be hard pressed to find it. From the first moment we see the words “A long time ago in a galaxy far, far away…” on the title screen in Star Wars Episode IV: A New Hope, we’re transported to a world that doesn’t feel so very far away at all. Plenty of criticism has been lobbed at George Lucas over the years for how various elements of the Star Wars films have played out. Still, no one can deny the immense power that the first installment had in terms of revolutionizing the fantasy genre and exciting generations of film fans. It’s lauded for its timeless score, breathtaking action sequences, and revolutionary use of special effects. But at the heart of A New Hope is a timeless story of good and evil — and these elements combined make it one of the most influential films not only of the 1970s, but of all time. 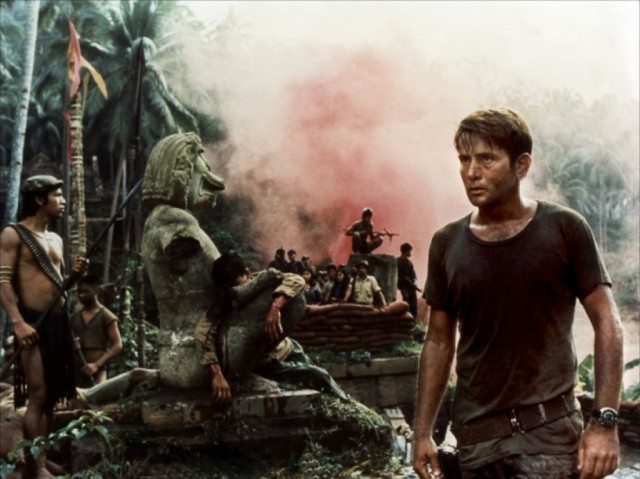 It’s fitting that one of the best films of the 1970s is about the war that helped define the first half of the decade. Francis Ford Coppola’s loose adaptation of Joseph Conrad’s controversial novel Heart of Darkness is a daring, difficult, and disruptive film. And Apocalypse Now — which follows Captain Willard (Martin Sheen) as he guides a team of Vietnam War soldiers through the jungles in search of rogue Colonel Kurtz (Marlon Brando) — doesn’t even attempt to tie together its narrative threads or answer some of the questions that it answers. So in many ways, it stands as not only a reflection on the war, but a statement about the way it upended not only the lives of its soldiers, but their psyches. Buoyed by scenery that is lush, explosive and desolate and a brave, emotionally bare performance from Sheen, Apocalypse Now is a messy and imperfect film. And that’s a large part of what makes it so spectacular. 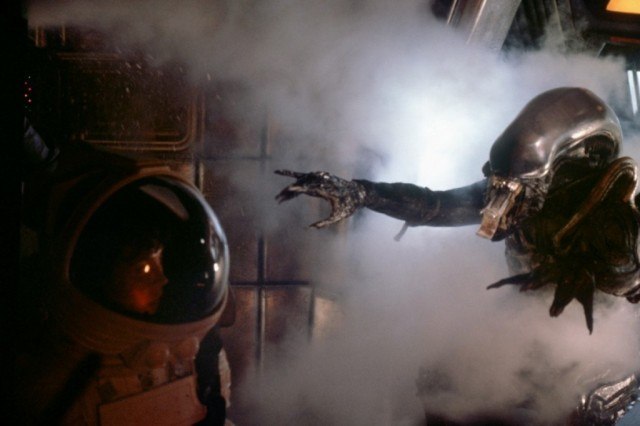 Of all of the great films of the 1970s, Alien is certainly one that best stands the test of time. So it’s ironic that when it was initially released, critical response was mixed at best. Ridley Scott’s sci-fi horror — about a team of scientists trapped aboard a spacecraft with killer extra terrestrials — may have first seemed like just another box office thriller. But both its production value and its bleak themes of isolation, paranoia and fear of the unknown make Alien stand out against other films in both genres. It also stands as one of the first action films to truly elevate a female heroine — Ellen Ripley, played by the remarkable Sigourney Weaver. Thanks to the film’s state-of-the-art special effects and impact on multiple genres, critics have since reassessed it as a groundbreaking film and modern classic.