The 2016 Sundance Film Festival is currently in full swing and filmgoers unable to make it to Utah for film’s most important festival are eagerly waiting to hear what this year’s breakout Sundance hits will be. Founded in 1978 by Sterling Van Wagenen, the head of Robert Redford’s company Wildwood, the Sundance Film Festival we know now had its first festival in 1984 and has grown exponentially every year since.

But the biggest question, as it is every year, is what will be the film to blast out of the Sundance Film Festival into mainstream cinemas. Last year featured several important films, including Me and Earl and the Dying Girl, Dope, and Slow West. In 2014, Whiplash was the big winner to hit the ground running after the festival ended; the year before, it was Fruitvale Station.

This year, it looks like The Birth of a Nation, a film about a slave rebellion led by Nat Turner, could become the next in a long line of Sundance breakout hits. But with the possibility of surprise hits as the festival continues, it’s too early to crown any film as the top breakout candidate. For now, let’s take a look at some of the biggest hits in the festival’s history to get a sense of what winning at the Sundance Film Festival means. Here are the 10 best breakout films from the Sundance Film Festival.

Starting off the list is the mega-breakout hit of the 2012 Sundance Film Festival, Beasts of the Southern Wild, directed by Benh Zeitlin. After garnering absolutely electric buzz at the festival en route to a dramatic Grand Jury Prize, the film would go on to win the Camera d’Or award at the 2012 Cannes Film Festival before being released in theaters. With a box office gross of $21 million on a budget of only $1.8 million, the film rode the buzz all the way to the Academy Awards where it was nominated for Best Picture, Best Director, Best Adapted Screenplay, and Best Actress (Quvenzhané Wallis). At only nine years old, Wallis became the youngest Best Actress nominee in history.

But what set Beasts of the Southern Wild apart was its explosion into popular culture — something 2013’s Fruitvale Station nearly accomplished, but ultimately fizzled out. From Barack and Michelle Obama’s public endorsement of the film to Zeitlin’s nomination as Best Director, Beasts of the Southern Wild was one of the Sundance Film Festival’s greatest runaway hits in years.

Robert Rodriguez’s debut action film, El Mariachi, arrived at the Sundance Film Festival in 1993 where it went on to win the Audience Award in the dramatic category and launch the career of Rodriguez. Most notable about the film is the great lengths to which Rodriguez went about making the film, which included raising almost half of the film’s $7,000 budget through experimental clinical testing, cutting costs whenever possible, and using mostly non-actors. The story behind the film is chronicled in Rodriguez’s book, Rebel Without a Crew: Or How a 23-Year-Old Filmmaker with $7,000 Became a Hollywood Player.

The film would eventually go on to earn $2 million on a budget of only $7,000 while giving him the opportunity to direct the higher budget Desperado two years later. After Rodriguez first burst onto the scene in 1992, his ability to work on smaller budgets while working as a one-man-band has given him consistent work in the two decades since.

The British documentary, Man on Wire, turned heads when it was released in 2008 because of its thrilling and unconventional structure, which told the story of Philippe Petit’s 1974 high-wire walk between the Twin Towers in the style of a heist film. Competing in the World Cinema Documentary section of the 2008 Sundance Film Festival, Man on Wire went on to win both the Audience Award and the Grand Jury Prize.

Man on Wire would later go on to earn a strong $5.2 million at the box office on a budget of $1.9 million en route to the Academy Award for Best Documentary and the Alexander Korda Award for Best British Film at the BAFTA Awards. And if you check out Rotten Tomatoes, you’ll see that Man on Wire has a perfect 100 percent Fresh score after 151 reviews. 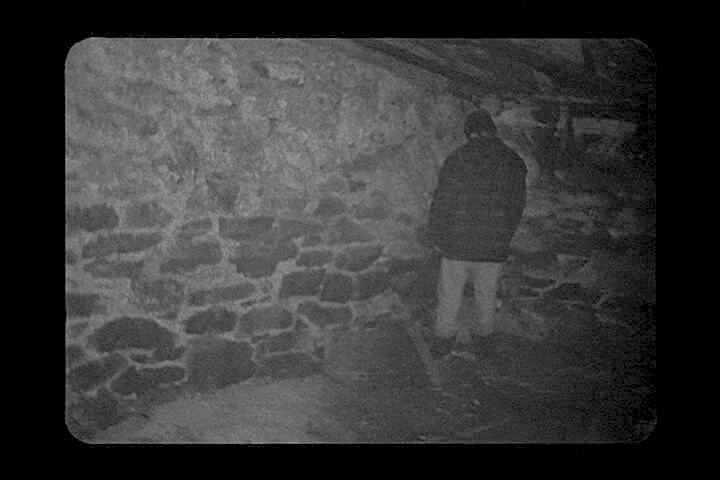 The film that gave rise to the found-footage horror genre, The Blair Witch Project was already garnering significant attention before it even got to Sundance in 1999. In what would become one of the highest grossing films ever to appear at Sundance, The Blair Witch Project would go on to become a box office phenomenon due to its expertly crafted marketing campaign that painted the film as a true documentary — a campaign that is still among the most studied in the age of viral marketing campaigns.

With a budget pegged anywhere between $25,000 and $750,000 when additional changes and post-production is included, the film ultimately went on to gross $248.6 million at the global box office.

Considered by many to be one of the greatest documentaries ever made, Hoop Dreams established Steve James as one of the most talented documentary filmmakers around when the film debuted in 1994. When the film reached the Sundance Film Festival, Hoop Dreams won both the documentary Audience Award and was nominated for the documentary Grand Jury Prize. Following two African-American high school school students for five years as they pursue their dreams of becoming professional basketball players, Hoop Dreams is notable for achieving critical and commercial popularity — this being despite the documentary genre’s usual lack of commercial appeal and the film’s 171-minute run-time.

For a director who’s become known as the go-to, big budget Hollywood director, it’s easy to forget that Christopher Nolan owes his success to the independent scene. After his ultra-low-budget thriller Following debuted at Sundance’s sister festival, Slamdance, Nolan was able to get enough funding to make the neo-noir classic Memento. After premiering at the 2000 Venice Film Festival and having a strong festival tour, it’s festival run ended at Sundance, where it won the Waldo Salt Screenwriting Award and was nominated for the dramatic Grand Jury Prize.

Despite the film’s popularity on the festival circuit, studio’s were convinced that the film’s reverse-ordered narrative made the film an impossible sell to film-goers. Only after fellow independent guru Steven Soderberg personally championed the film did the film finally get distribution, where the film quickly gained popularity due to word of mouth. By the time the Academy Awards rolled around, Memento had been nominated for Best Original Screenplay and Best Film Editing.

Love him or hate him, Kevin Smith has established himself as one of the leading independent film voices since his 1994 debut film, Clerks. At the 1994 Sundance Film Festival, Clerks would go on to win the Filmmakers Trophy and was nominated for the Grand Jury Prize in the dramatic category. And at the Cannes Film Festival, Smith would take home both the Award of the Youth award and the Mercedes-Benz Award.

Shot for $27,575 in black and white, and filmed in the convenience and video store where Smith worked at the time, Clerks went on to earn $3.1 million at the box office after Miramax picked up the rights to the film.

The debut film by the Coen brothers, Blood Simple would go on to win the Sundance Film Festival’s Grand Jury Prize Dramatic in 1985 — the festival’s second year in existence. For a festival that has become synonymous with discovering talent, it seems fitting that in only its second year it would award the top dramatic prize to the directing pair that would later achieve consistent independent success throughout the next three decades en route to mainstream commercial success and Academy Awards.

A moderate success at the box office, Blood Simple would go on to earn $4.2 million at the box office on a $1.5 million budget while establishing the strong working relationship between the Coen brothers and Frances McDormand.

Among the most influential films of the independent film movement in the early 1990s, director Steven Soderberg’s Sex, Lies & Videotape was one of the first examples of an independent film achieving both critical and commercial success. Before even reaching Sundance, Soderberg would become the youngest ever Palm d’Or winner at the Cannes Film Festival at age twenty-six before taking Sundance by storm and winning the Audience Award.

Soderberg would later go on to be nominated for an Academy Award for the Sex, Lies & Videotape screenplay, and in 2006 the film was selected for preservation by the United States National Film Registry as being deemed “culturally, historically, or aesthetically significant.” In the years since his striking debut, Soderberg has made a name for himself oscillating between commercial filmmaking and independent filmmaking. And in 2006, Roger Ebert would call Soderberg “the poster boy of the Sundance generation.”

The film that launched the career of director Quentin Tarantino, Reservoir Dogs is considered one of the most influential films in the history of independent cinema. After a moderately successful release in Britain, Reservoir Dogs debuted at the 1992 Sundance Film Festival where it would go on to be nominated for the Grand Jury Prize. Despite not winning an award outright, Tarantino’s violent, kinetic debut is said to have left audience members and critics with the distinct sense that they had just seen something very, very important.

“I don’t think people were ready,”  New York Daily News film critic Jami Bernard said about the initial screening. ”They didn’t know what to make of it. It’s like the first silent movie when audiences saw the train coming toward the camera and scattered.”

Bernard was referring to the legendary film story in which audiences members in France were said to have braced themselves in fear as a moving train moved towards them in the 1895 film L’Arrivée d’un Train en Gare de la Ciotat — one of the earliest silent films. That comparison in and of itself should tell you exactly how revolutionary Reservoir Dogs felt at the time and why some critics were dumbfounded with the film.

Of course, the rest is history. Reservoir Dogs would go on to earn $14 million at the box office on a budget of $1.5 million while putting Tarantino on the international film map as one of the most critically acclaimed living filmmakers. And only two years later Tarantino would release what many believe to be his magnum opus: Pulp Fiction.