The Most Obvious Movie Product Placements Of All Time

Movies are pretty expensive to make, so it makes sense that studios would try to find outside sources of funding. That funding can sometimes come through deals with companies that want their product featured in a movie in exchange for money, or help with promotion. This can be tastefully done, but depending on the money that is given, or who is making the decisions, things can quickly get out of hand.

Here are 10 product placements in movies that are particularly obvious to the audience. What makes them so blatant? Well, some of them show the product on screen so many times that it becomes glaringly obvious that the movie is promoting it. Others don’t even hide their agenda and will completely stop the plot to make some weird commercial. Others actually make the plot somehow revolve around the product itself.

So what films are the biggest offenders when it comes to these practices? The following ten movies have the most obvious movie product placements of all time.

1. Reese’s Pieces in E.T. the Extra-Terrestrial 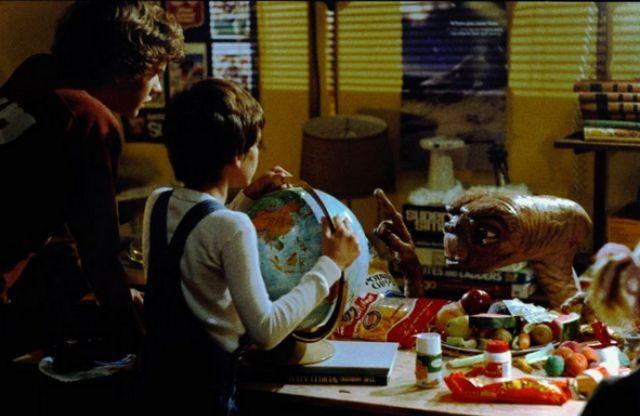 In the movie, E.T. drops some Reese’s Pieces before Elliott and it’s taken as a sign that he’s friendly. Elliott then uses the candy to lure the alien further into this home. It’s no accident that this was the type of candy that was used. Hershey’s spent $1 million to help promote the movie if they could use E.T. in their ads. The plan worked and within two weeks after its release Hershey’s sales tripled, according to PEOPLE.

2. FedEx in Cast Away 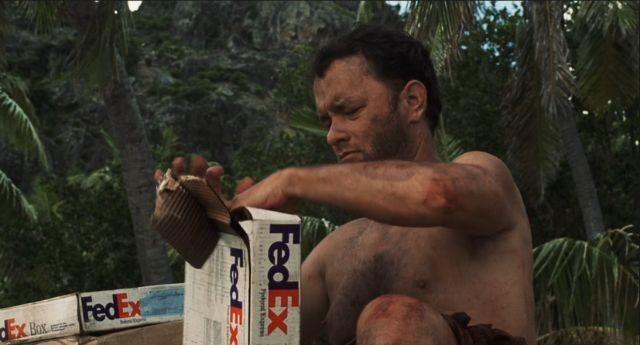 The brand is pretty inescapable in this movie. Tom Hanks plays a FedEx manager, and after being stranded on a deserted island he comes across several washed up FedEx boxes. The CEO of the company even has a cameo in the movie. The weird thing about all of this is that the company didn’t pay a dime for the product placement. They were actually hesitant since it would make their brand affiliated with something as negative as a plane crash. But they went with it!

3. Legos in The Lego Movie

Everyone pretty much agrees that this movie was fun and entertaining. But that doesn’t mean it isn’t a product placement. The Lego Group put their money behind the film to boost the visibility of their toys in a day and age where kids are more likely to be playing video games. It was a success since the movie earned $69 million on its opening weekend and increased the company’s  toy sales by 11 percent according to International Business Times. The success has inspired other companies like Pez Candy to go forth with their own movies, so be prepared for more of this type of product placement. 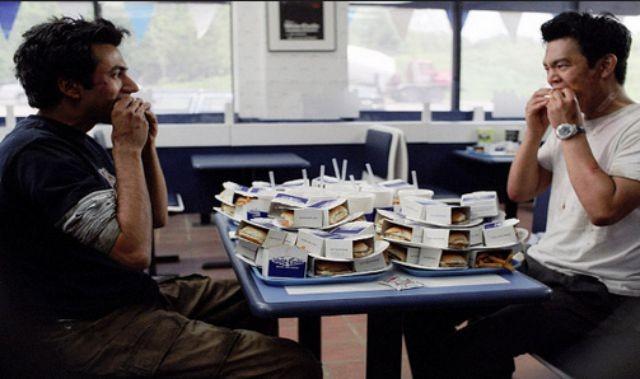 Before The Lego Movie, there was this comedy that was just as bold to have a title and plot revolve around the product it was pushing. Harold and Kumar get high and see an advertisement for the fast food joint. They then make it their mission to go there to eat. In exchange for being the focus of this movie, the restaurant promoted it through collectible cups, radio ads, and signage. However, they didn’t actually pay any money for the deal. 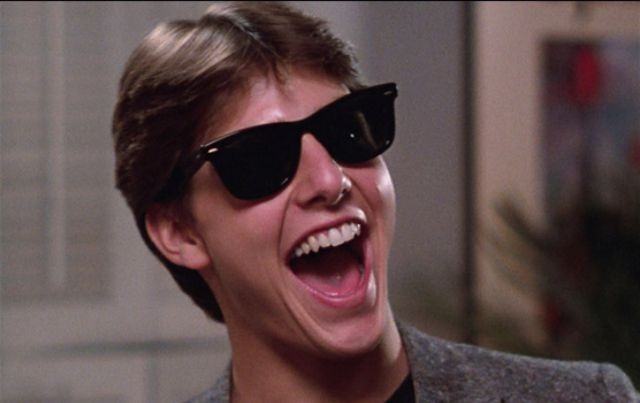 What does a cool Chicago teenager wear? The answer: Ray-Ban sunglasses. This movie made sure to get that message across by not only having Tom Cruise wear them several times in the movie, but by also having him wear them on the movie’s poster. According to Priceonomics, the obvious product placement worked. Ray-Ban’s sales were boosted and it sold 360,000 pairs of the Wayfarer model seen in the movie. 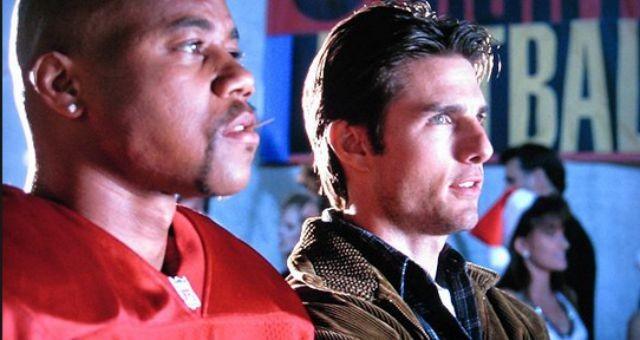 Cuba Gooding Jr.’s character Rod Tidwell just wants to be in a Reebok commercial! However, the company keeps dodging him, and therefore doesn’t come across very well in the movie. The plan was to have a fake Reebok commercial play at the end of the movie which ends with the words, “Rod Tidwell, we didn’t notice you for four seasons. We’re sorry.” But that scene was actually cut, even after the company invested $1.5 million in the movie. Reebok sued and ended up settling out of court. You can find the cut scene on YouTube. 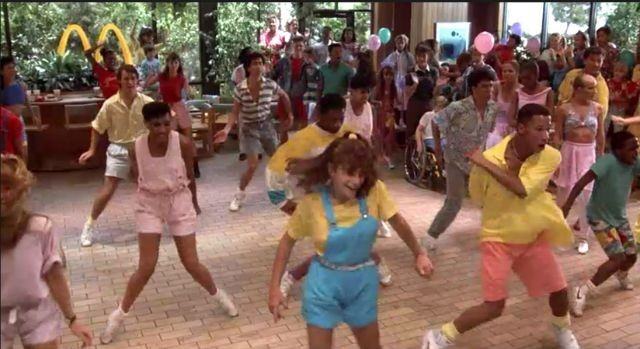 Source: Mac and Me Joint Venture

This movie took the story of E.T. and mashed it up with a McDonald’s commercial. This movie is a notorious example of out-of-control product placement, thanks to its five minute dance sequence in the fast food restaurant, but also because the story isn’t good enough to excuse the product pushing at all. On the bright side, part of the profits (which weren’t much) from the movie went to the Ronald McDonald Houses charity, according to Los Angeles Times. 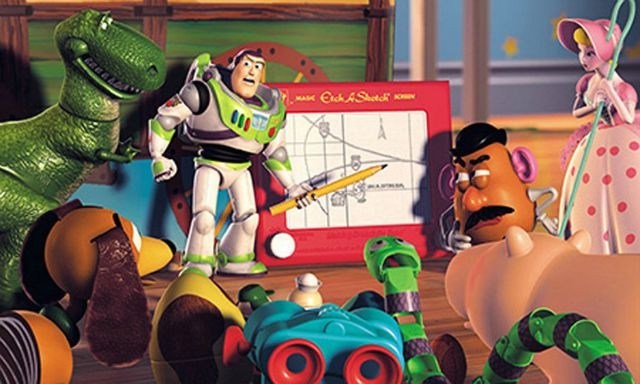 The toys in Toy Story 2 can be seen in multiple scenes with an Etch-A-Sketch that can write messages, draw maps for plans, or draw pictures to communicate with other toys. Incorporating the already existing toy in this movie helped boost the company’s  sales and stock price after Toy Story 2. They also didn’t pay a dime for it! According to Enquirer,  sales went up by 20% after the sequel.

9. Google in The Internship 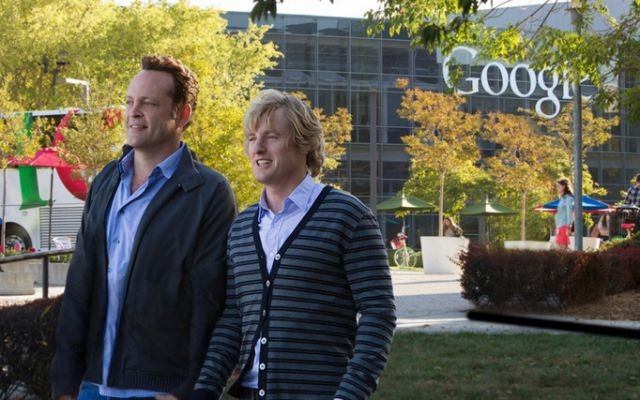 This movie took two middle-age salesmen and put them in a workplace dominated by younger people for comedy. Google didn’t pay to be the main focus of the movie, but it did get creative control over how it was perceived, according to Contently. Due to this, Google is portrayed in a strictly positive way.

10. Nike and Pepsi in Back to the Future II 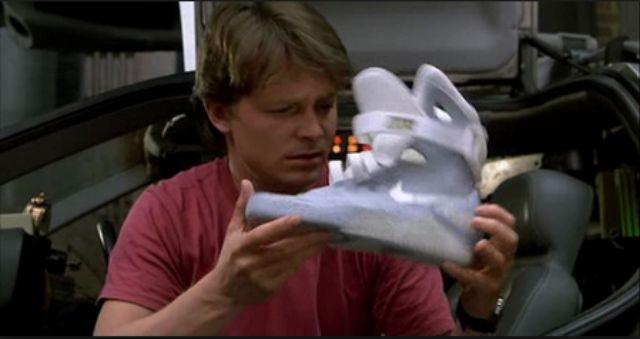 There are at least two major product placements in this film. In a scene in Back to the Future II, Marty McFly is sent to the future where he tries on a pair of Nike shoes. Instead of having laces they tighten up by themselves. Around the time of the movie’s release, Nike offered a very similar looking pair of shoes called Hyperdunks for a limited time.

The other product was Pepsi. In another scene in a futuristic restaurant, “Pepsi” logos are prominently plastered all over the place. McFly also tells the restaurant worker that, “All I want is a Pepsi.” That’s not the only shout out Pepsi got from this franchise. The soda company was featured multiple times throughout the series. Michael J. Fox also signed a deal to appear in Pepsi commercials.