Spoiler warning for all of Season 3 of the The 100 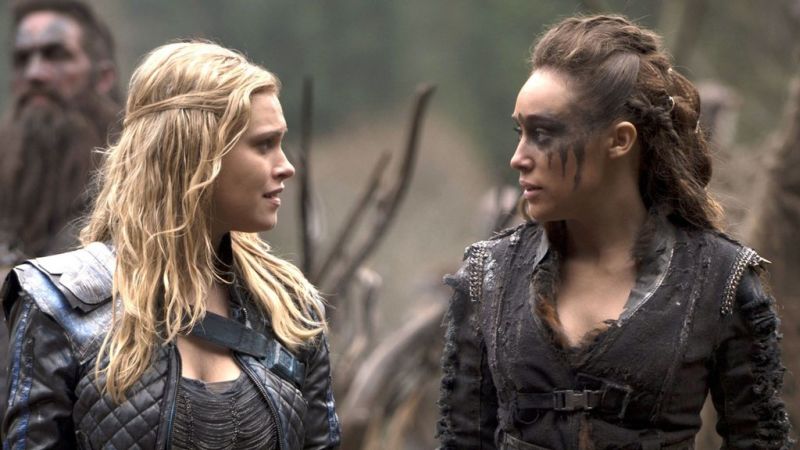 There are few networks featuring anything near the power of CW’s lineup. Shows like Arrow and The Flash put it on the map as a premier home for fans of sci-fi and action/adventure, and since then it’s only continued to grow. The series that truly demonstrated its mettle though didn’t involve superheroes. Instead, it was the post-apocalyptic adaptation, The 100. The show is now going strong into its third season, and each week it gains more and more hype as one of the best TV series this side of Game of Thrones. This hype came to a head with a recent death, throwing the fandom into complete disarray.

Those of you who’ve kept up with The 100 likely know what we’re referring to: The tragic and sudden death of Lexa in “Thirteen” a few weeks back. Many have pointed to Lexa’s demise as the continuation of a disturbing trend involving TV’s systematic killing of LBGT characters. To categorize that death out of context though is to ignore a whole lot of nuance. Yes, various sci-fi series have a startling propensity for letting their LBGT die off. But it’s also not part of some carefully constructed prejudice from television writers.

We see examples of this criticism in various reviews, many of which bring up some valid points. io9 notes that “for a show that’s all about playing with tropes and expectations, killing this gay girl was just lazy.” Over on The Mary Sue, they cite a major complaint from fans, namely that Lexa’s death was “harmful considering that many young people who watch The 100 watch because of its positive portrayal of LGBTQ+ characters.” At the same time, they go on to note they still “don’t see this as an instance of LGBTQ+-specific tropes,” and they’re absolutely right.

The relationship between our main character Clarke and the Grounder commander Lexa was an important one for one, significant reason: It was an LBGT relationship that didn’t call attention to itself as anything out of the ordinary. If anything, it was treated in a way that normalized an otherwise controversial story thread, and The 100 stuck by this all the way to Lexa’s bitter end. Her death was one that was treated in the same way any character’s has been on the series. It moved the story along to the next logical place, while serving the dual purpose of continuing Clarke’s own complex arc.

Knowing all this, The Mary Sue offers perhaps the most compelling argument yet: “The more women you put on a show, the less you have to worry about each one being The Perfect Representation of Womanhood. The same goes for LGBTQ+ characters.” Lexa’s death doesn’t have to be an example of a show killing off an LGBT characters. Rather, it’s another death on a show unafraid to kill off anyone at any given point. It clearly demonstrates the stakes of The 100‘s brutal universe, driving the point home that no one character can truly be considered safe.

The 100 has been subject to a lot of criticism in its third season. At times, it’s been difficult to see where the story is headed, as it’s burned through plots at an unprecedented rate in the show’s history. We’ve seen illogical shifts in character motivations, and upheavals that haven’t felt earned. The moment where Lexa takes a bullet for Clarke though made for one of the more powerful and compelling moments of the entire season. The story The 100 is telling is one that has it brushing up against the “Prestige Television” tier of entertainment, and if anything, this particular death continued its journey in that direction.