No matter what any number of Buzzfeed articles might tell you, the ’90s weren’t exactly a renaissance. Like any decade, pop culture in the ’90s was characterized by astounding highs and profoundly depressing lows. With our bias toward nostalgia, it’s easy to idealize the past and remember nothing but the best. To counteract all that nostalgia, our list of the best movies made in the 1990s also includes five contenders for the decade’s worst films. 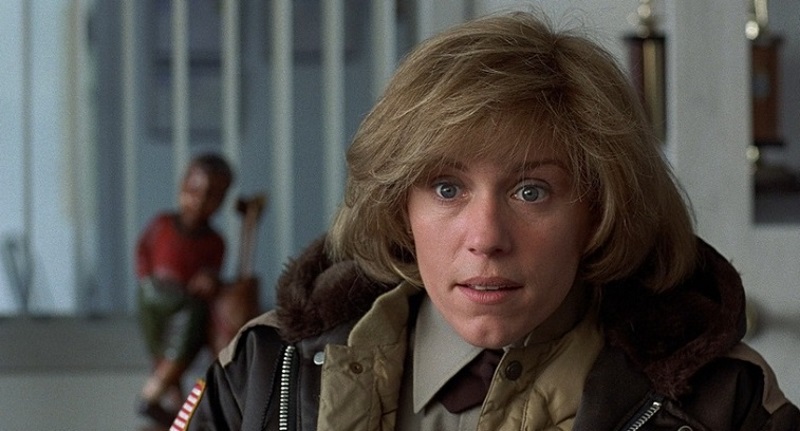 For the first third, Fargo seems as though it’s going to be nothing more than a “true” crime tale about horrible yet inept people doing horrible, inept things, but then Frances McDormand enters the proceedings as pregnant cop Marge Gunderson, a beacon of honest Midwestern decency. She’s a mundane sort of hero fighting a mundane sort of evil in William H. Macy’s desperate Jerry Lundegaard, as well as hired goons Carl (motor-mouthed Steve Buscemi) and Gaear (a chillingly unfeeling Peter Stormare), but the film’s icy cinematography, abbreviated violence and epic score turn the film into a haunting, thought-provoking allegory — and that’s all while being funny enough to rival any of the Coens’ more straightforward comedies. 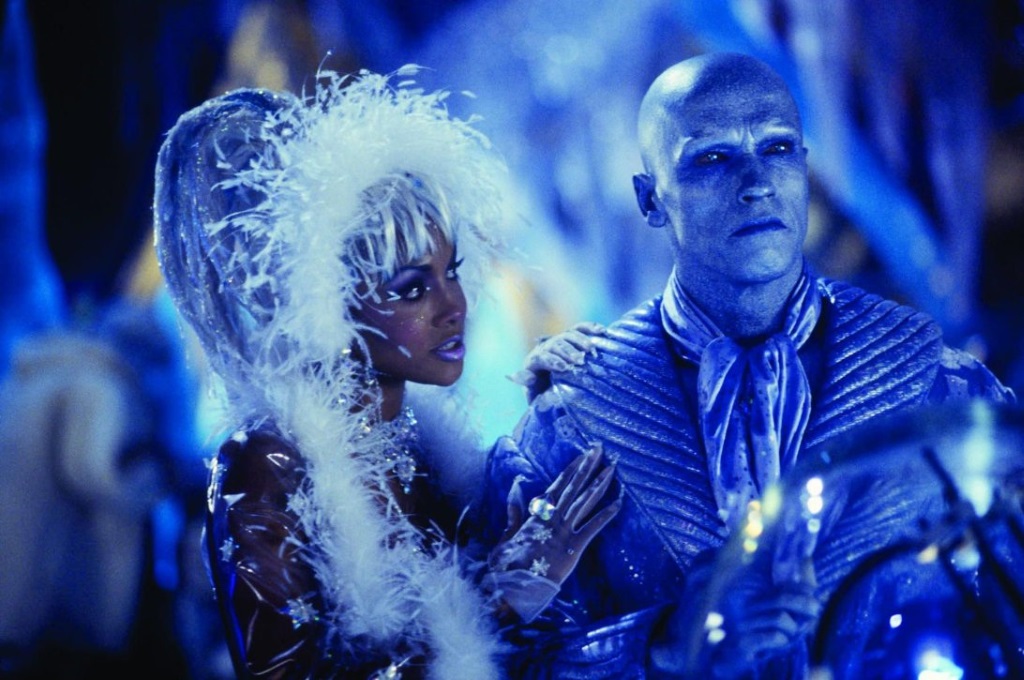 Tim Burton gave Batman a new level of legitimacy at the tail-end of the ’80s, but by 1997, director Joel Schumacher had already managed to piss all that good will away by taking the caped crusader in a direction somehow even campier than the infamous 60s TV version. A massive critical and commercial bomb, Batman & Robin is a shallow Saturday morning cartoon of a film wherein the characters exist only as action figures trading embarrassing quips, living within a Gotham made of enormous statues and neon vomit. Chris O’Donnell’s Robin is unbearably whiny, George Clooney is an empty vessel in a stiff suit, and the villains are beyond embarrassing, ruining three comic book icons (Bane, Poison Ivy, and Mr. Freeze) in one fell swoop.

The crowning achievement of both star Bill Murray and director Harold Ramis, Groundhog Day strikes an impossible balance between comedic romp and heady philosophical exercise by stranding a self-centered weather reporter in a version of purgatory wherein he must relive the worst day of his life over and over again, for no apparent reason. Murray mostly retired his irascible comic persona after this film, which brings his signature deadpan jerk to his logical endpoint by forcing him to change, and in doing so, striking on something universal about what it means to improve yourself and to find the joy within the same mundane routine.

Troll 2 is one of those movies that is so ineptly made it’s almost impossible to resist. A family of actors too bad to even pose for a stock photo takes a vacation to the country town of Nilbog, where every citizen is secretly a vegetarian goblin — no, not a troll, since this sequel has literally nothing to do with the original — trying to feed the main characters fluorescent green food to turn them into plants suitable for consumption. Split between a family-oriented thriller and a raunchy homoerotic horror film, Troll 2 appeals to no one, except those curious enough to see just how bad it can really be.

Slacker has become something of a historical document, capturing the bohemian ambitions of freethinking Gen-Xers as well as the oddball atmosphere of Austin at the dawn of the 1990s. The plotless film is truly unique, as the camera glides between one-sided conversations at will, always aware of the entire world of delusional yet admirable dreamers happening in the background of every scene. Richard Linklater’s debut film displays his amazing knack for dialogue that documents but doesn’t judge, handily switching between poignant philosophical musings and hilariously whacked-out nonsense. Every line is so well-observed that it makes what’s essentially a low-budget experimental art film into a source of unending entertainment.

The Mario brothers aren’t brothers, but rather father and son. Bowser isn’t a dinosaur tyrant, but rather a sleazy corporate type played by Dennis Hopper. Mushroom Kingdom isn’t a colorful land but rather a dreary dystopian world wherein humans descended from dinosaurs instead of monkeys. Not only is Super Mario Bros. a betrayal of its iconic source material, it’s a miserable slog of a film that never even approaches anything fun or logical. 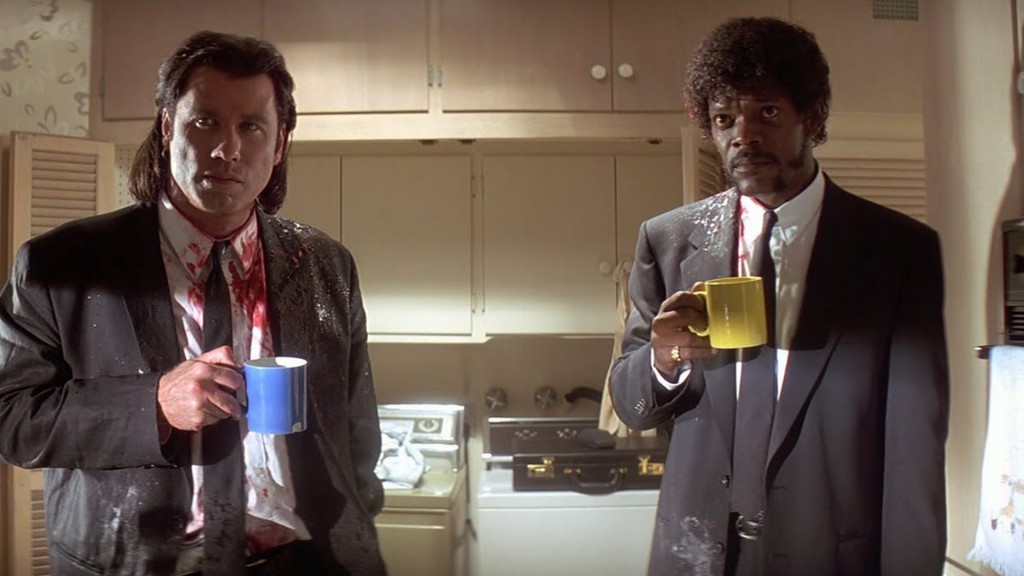 Almost a prerequisite on any best-of-the-90s list, Quentin Tarantino’s second directorial effort reinvented the cinematic language using a non-chronological pastiche of familiar tropes from B-movies and forgotten television series. The patchwork of influences demonstrated how movies could be about other movies while still having substance of their own (something many Tarantino imitators neglected to realize), using a patchwork of influences to create something new, a world of witty musings and violent outbursts that keeps you equally on your toes for the next laugh and the next death.

Pauly Shore and Stephen Baldwin are supposed to be lovably dimwitted scamps in the vein of Bill & Ted, but thanks to the dire script and a pair of deeply off-putting performances, they come across as intolerable bros no one in their right mind would choose to spend 90 minutes with. The movie traps them in an experimental greenhouse but still caters to their every need, rewarding their awfulness with attractive, patient girlfriends and media stardom when they ought to be left for dead inside that bio-dome.

Jim Carrey mostly refrains from his usual shtick in this satire of the then-new reality television craze that works just as well as a philosophical text or a dystopian sci-fi. The titular Truman unknowingly plays the part of America’s sweetheart, existing within a giant set dressed up like an island paradise wherein every one is in on the ruse except for him. Australian director Peter Weir uses bright colors and surreal imagery to make Norman Rockwell scenes look like nightmares for the first half of the film, while the second half plays like a triumph of Truman’s desire to understand the world around him in spite of the vengeful, pretentious god/producer Christoph (one of Ed Harris’s best roles) that wants to keep him imprisoned.

Like their boy band counterparts, the Spice Girls were never much more than a record company cash-in, turning “girl power” into a meaningless catchphrase through mindless repetition and lousy pop melodies. Their songs might have been occasionally catchy, but their movie is nothing but the worst of the Spice Girls. There’s the forced chemistry, the awkward cameos, the self-congratulating, the ridiculous fashions, the weirdly sexualized Baby Spice — all of it adrift in a plotless film with no stakes, no laughs, and no reason to care.