The 6 Best TV Shows You Can Watch On Sunday Nights

Television has no shortage of compelling and critically acclaimed shows these days and it’s only getting increasingly hard to pick which ones are worth tuning into. With awesome sounding new shows premiering practically every month and your old favorites still on the air, it seems like there’s just not enough time to catch up. Luckily, we’re here to help you narrow down the overabundance of options.

Sundays are one of the biggest nights for TV, with a great mix of prestige drama and can’t-miss comedies. But you don’t have to attempt to tune into every show to figure out which best suits your taste. These six shows – including everything from a zombie series to a political satire- are some of the best of the night. Pick the ones that most appeal to you, sit back, and enjoy.

AMC’s zombie drama has the highest total viewership of any series in cable television history, with even its fourth and fifth seasons averaging the most viewer in the key 18-49 key demo of all cable or broadcast television show. That’s quite a feat, but not a surprise, given the sterling reputation the series has established over it’s five-season run. Upon premiering in 2010, the show earned high praise for putting a new, intelligent spin on the overloaded zombie genre. It’s only continued to excel since then, thanks to consistently thrilling action, compelling characters, and (obviously) plenty of gore. In addition to an upcoming sixth season, the show has also inspired a companion series Fear the Walking Dead.

Throughout its time on air, HBO’s Game of Thrones has attracted record numbers of viewers for the premium cable network and established a broad and highly active international fan base. It’s not hard to see why, given that the show still manages to consistently shock, horrify and, at times, anger its audiences, even five seasons in. The fantasy drama has remained a steady hit (even after receiving backlash for a controversial rape scene in its most recent season) and continues to go full-throttle, never pulling back on the bloody action and unexpected thrills. With a sixth season in the works, Game of Thrones will continue to have a huge impact on both television and all of pop culture.

The HBO crime miniseries quickly established itself as one of the strongest programs on television when it first premiered in January 2014. The first season, starring Matthew McConaughey and Woody Harrelson, garnered universal critical acclaim, as well as a slew of award season nominations (including an Emmy win for director Cary Fukunaga and a Critics Choice award for McConaughey). Since its end, both fans and critics have been eagerly awaiting the beginning of its next season. The highly anticipated second season of the show, which will star Vince Vaughn, Colin Farrell, and Rachel McAdams, is set to premiere on June 21.

Since debuting in 2011, the political drama series, starring Claire Danes, has garnered continuous critical acclaim and plenty of award season attention. Now heading into it’s fifth season, the series has remained as engaging and sharp a CIA thriller as ever. Newer episodes have continued to garner a positive critical reception, with the fourth and most recent season scoring an 82% positive fresh rating on Rotten Tomatoes and earning high praise for displaying renewed energy. The fifth season will be filmed entirely in Berlin, Germany and is currently scheduled to premiere in September. 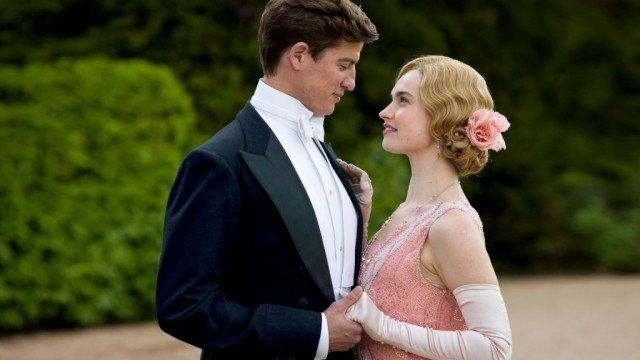 The highly lauded British period drama will come to a close with its upcoming sixth season, but you can bet its influence will linger on. As evidenced by its fifth and most recent season, the Golden Globe and Emmy-winning series not only looks beautiful, but it’s managed to keep both its storylines and characters just as strong and vibrant. The show has also had a clear and sizable impact on TV culture, spawning various (less successful) copycats. It’s sixth and final eight-episode season will air in November 2015, with its annual Christmas special (set in the year of 1925) serving as the series finale. 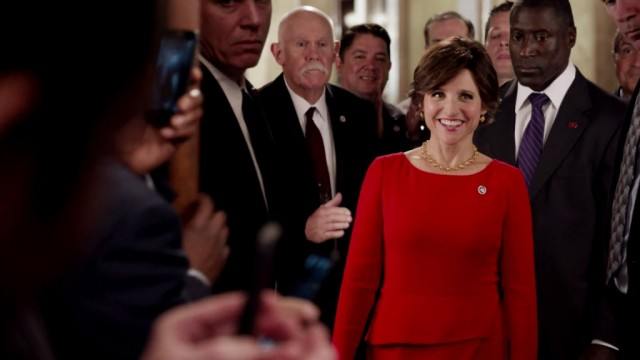 Sunday nights may be best known for its plethora of prestige dramas, but there is one comedy that stands out in the pack: HBO’s political satire, Veep. Star Julia Louis-Dreyfus has won three consecutive Primetime Emmy Awards (and a bunch of other awards) for her portrayal of Vice President-turned-President Selina Meyers – and for good reason. The actress has continued to knock it out of the ballpark over the course of the show’s four seasons. Her performance has helped the show establish a distinct and unparalleled voice – one that manages to be witty, charming, and scathing all at once. Combined with a superb ensemble cast (Tony Hale’s Gary and Matt Walsh’s Mike McLintock will make you laugh until you cry) and you have one of the best comedies on television.