If you’re a fan of World Wrestling Entertainment (WWE), then you know who Vince McMahon is, or at least his faux persona. We all know the world of WWE is a hybrid of real wrestling and performance art. Yet, McMahon straddles that line in how he presents himself to the public.

Based on his past faux feud with President Trump, you can see similarities between the two on their philosophies of life and how to put on a show at work.

McMahon continues to pop up in the news from time to time, so what memorable GIFs and memes are out there?

The most memorable Vince McMahon reactions 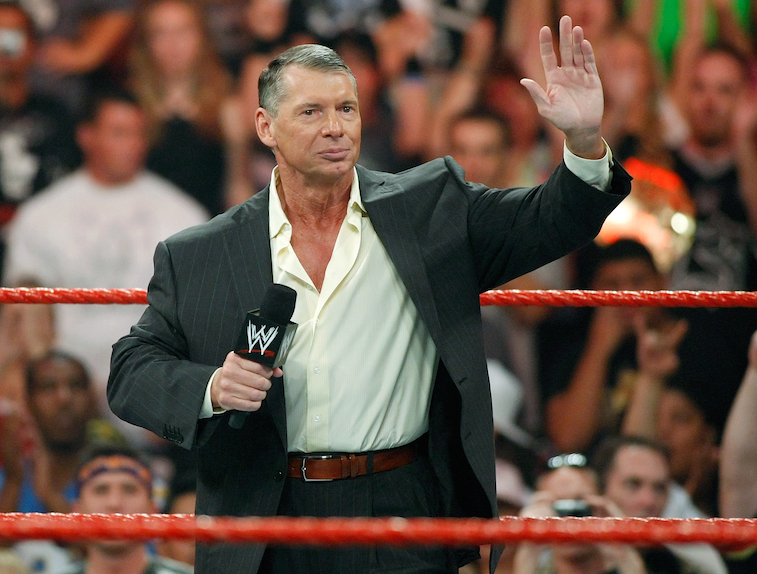 One thing McMahon is known for is his facial expressions during particular WWE stunts. Many different GIFs and memes have been created using these reactions, including one of the most notorious ones with Donald Trump.

Latter was an incident where Donald Trump shaved McMahon’s head after losing a bet. It’s made the rounds as a GIF and meme more often than any other. However, it’s far from the only McMahon reaction shot.

Some of the most classic reaction GIFs over the years include one where he’s sitting in a chair giving his trademarked befuddled look. Many added their own memes to these like depicting McMahon reacting to ordering food before his “babe” comes home.

Another is a video GIF of McMahon tugging on his ear while reacting to something with bulging eyes and gaping mouth.

There isn’t any doubting that McMahon has some strange quirks, just like his friend, Donald Trump. What’s real and what’s performance art is still up for debate.

An unusual persona of McMahon is his famous strut/walk. A GIF of him striding into the WWE arena has become very popular, even if it’s a very odd one. No doubt you’ve seen this and wondered if it was McMahon’s head digitally inserted onto another person’s body.

Now known as the “Power Walk”, it’s hilarious to look at more than once and seems more a satire on power than flaunting power.

While this walk is famous, it’s not the only bodily move McMahon made before the cameras. He’s been caught numerous times at his WWE events doing dance moves or other physical movements meant to taunt a supposed opponent.

Let’s not forget McMahon’s “Threat Dance” you’d frequently see on GIF and meme websites. These dance moves are actions even Donald Trump wouldn’t do in front of a camera. With McMahon, though, it’s truly about putting on the most entertaining show he can drum up.

He’s known for loving dancing, something you can see in numerous GIFs through a Google image search. If you ever wanted to see Vince McMahon swing his hips, you’ll find a lot of these GIFs, sometimes dancing with WWE girls and sometimes not.

Other times he’s been seen with WWE characters surrounding him while he goes into something resembling a wild belly dance. This GIF is arguably the funniest of them all since it shows McMahon completely uninhibited.

Being beat up by Donald Trump

If we had to choose the funniest and most outrageous of any Vince McMahon GIF, it would have to be the time Donald Trump pummeled McMahon to the ground at a Wrestlemania 23 event.

Admittedly, Donald Trump did a good job of mimicking the moves of professional wrestlers. Whether he could do that now at his age or weight level is debatable.

Since McMahon and Trump are good friends, it’s likely they don’t do this anymore. Then again, we still don’t really know what’s going on behind the White House doors on any given day.