‘The Bachelorette’ Season 14: You Won’t Believe Which Contestant Used to Date a Celebrity

Season 14 of The Bachelorette has an interesting lineup of men for Becca Kufrin. The show typically tries to get at least one athlete, but this time around, they got multiple in different fields. This makes it a little bit harder to figure out who will be the frontrunner of the season. Not only are there a few names that might be known, but one also has a famous ex (page 5)!

So what was that celebrity relationship like and why did it end? Here are seven things to know from the athletes that are on this season, including which one of them has a famous ex-girlfriend.

1. Christon Staples specialized in slam dunking for the Globetrotters 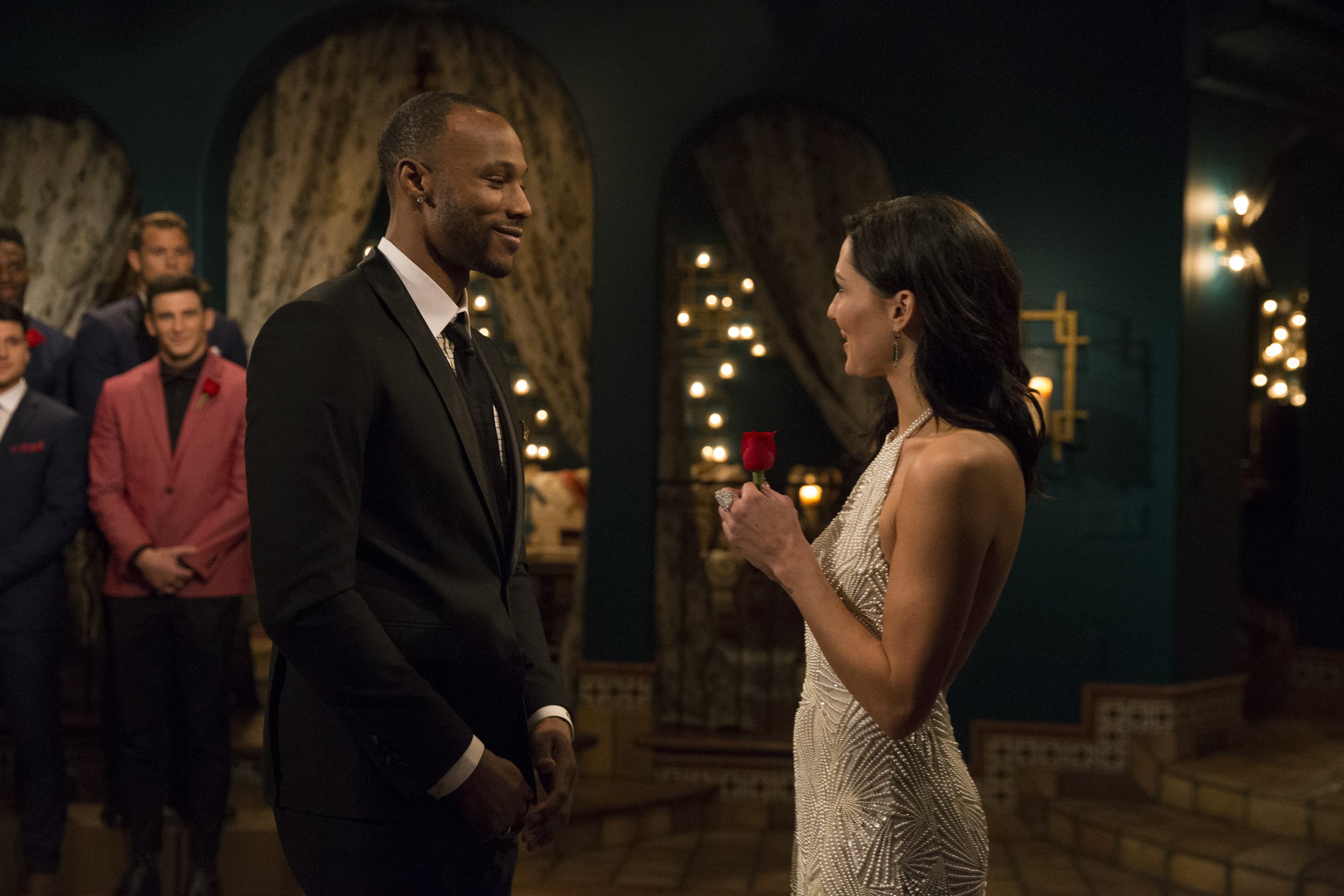 This athlete is competing to win Becca Kufrin’s heart. | ABC

One of the athletes to go on the show this season is Christon Staples. He specialized in slam dunking as a Harlem Globetrotter and won a Dunk Contest for charity in 2016. He showed that off skill in the first episode.

She wrote about the experience for People with “I had some of the most interesting interactions throughout the night. Christon really had my heart racing when he dunked over me. I mean I’m 5’7 and with heels I may as well be 6 feet tall, that guy can really get air!”

Chances are that won’t be his only shot at showing off his moves this season. There will probably be a basketball competition as well.

Next: This is another athlete trying to win over Kufrin this season.

2. Clay Harbor is a tight end 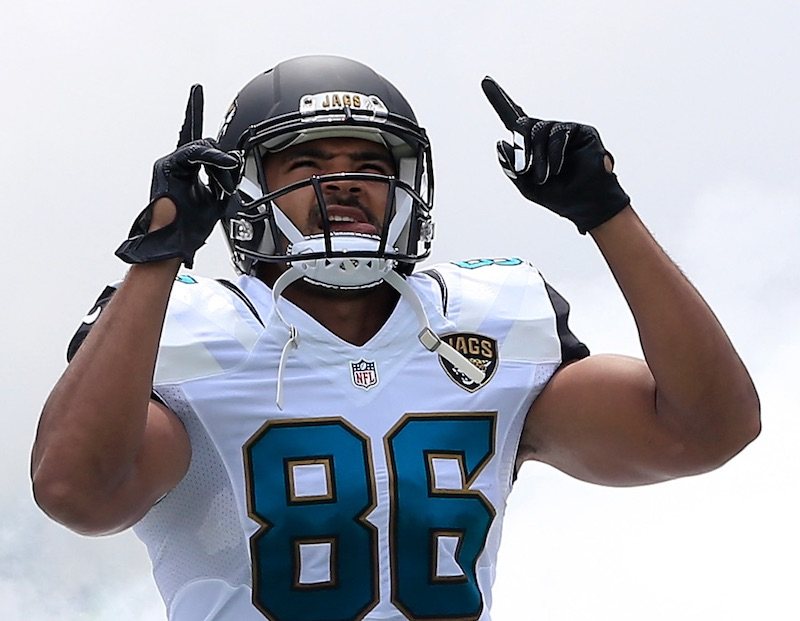 The athlete previously was on various NFL teams, including the Philadelphia Eagles, the Jacksonville Jaguars, the New England Patriots, and the Detroit Lions. His current team is the New Orleans Saints. But he is currently on the reserve list because he had an injury.

Next: This is how he reportedly got on the show.

3. Harbor may have actually applied for the show 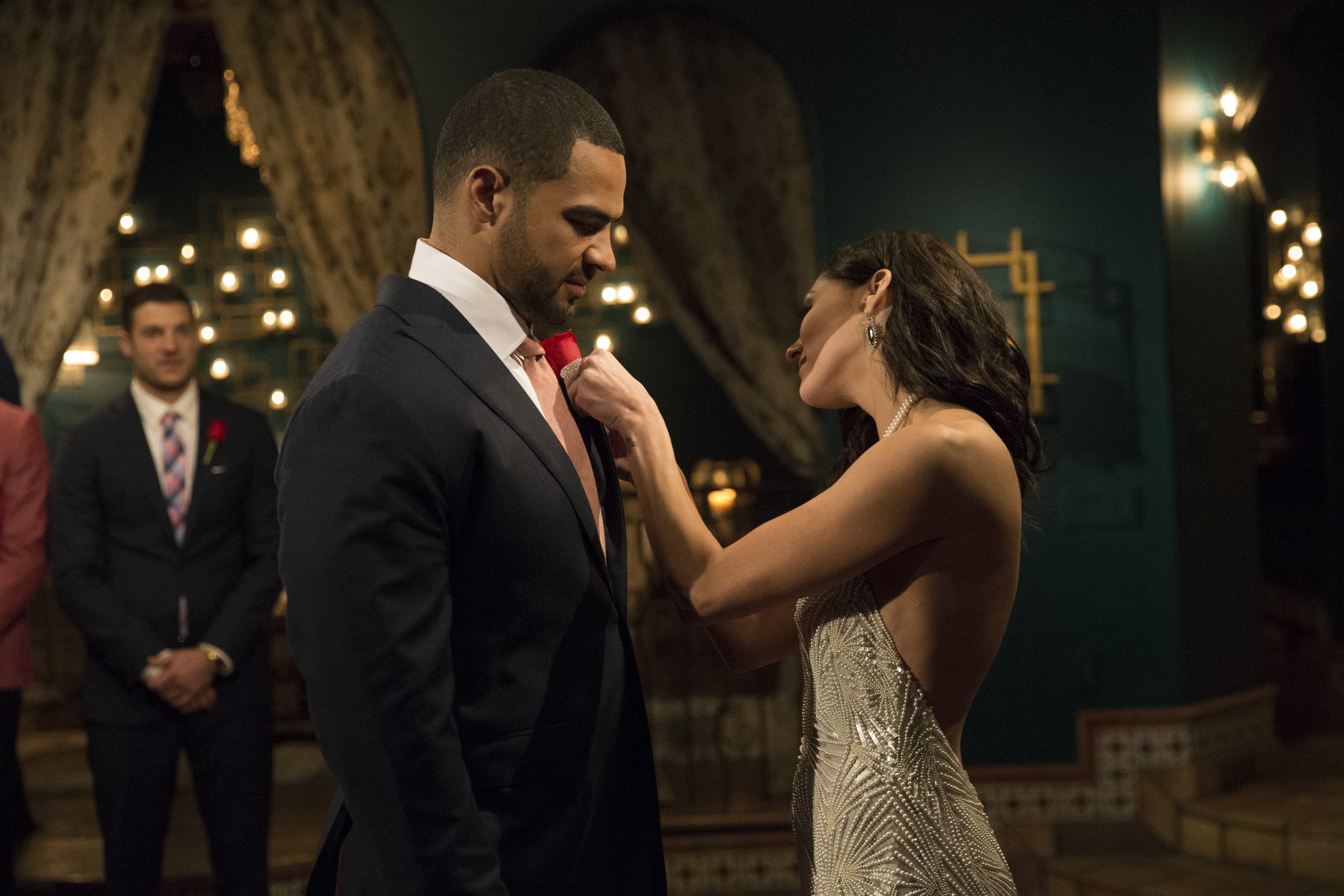 Did he apply for the show? | ABC

It’s obvious that the show seeks out athletes given its history. But a source told Us Weekly, “Casting didn’t seek him out — he applied for the show.” It seems like the football player is pretty nice so far but he isn’t the only one with NFL experience in the running for Kufrin’s heart.

Next: Here is the third athlete competing this season. 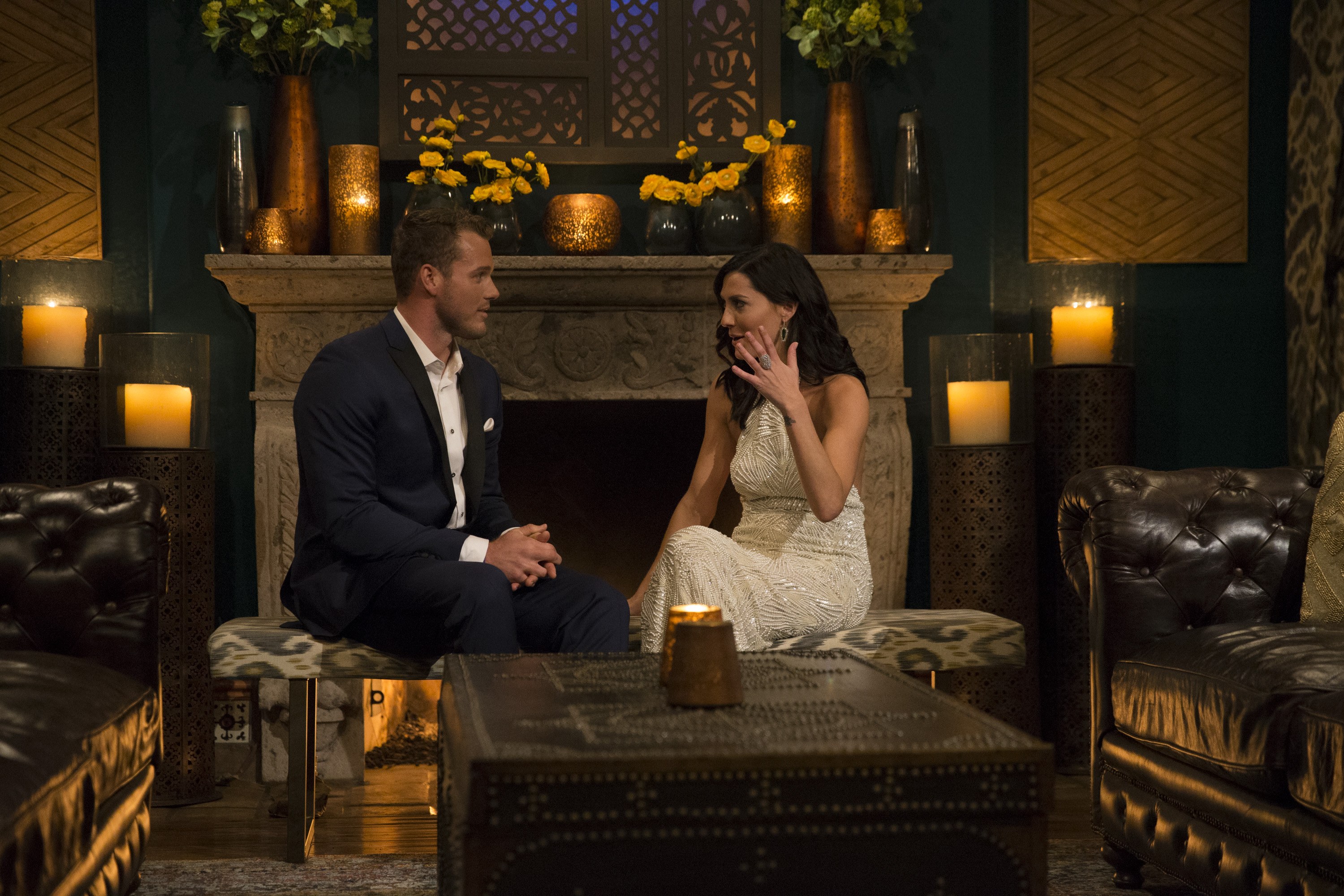 Colton Underwood is another former NFL player now competing on the Bachelorette. | ABC

Harbor is not only competing against other men for Kufrin’s heart, but also against other men who know a thing or two about the NFL. Colton Underwood also played on two teams, but stopped when it became too dangerous.

But perhaps even more intriguing than his career is his past dating life. He previously made headlines for having a famous ex.

Next: This is who he dated. 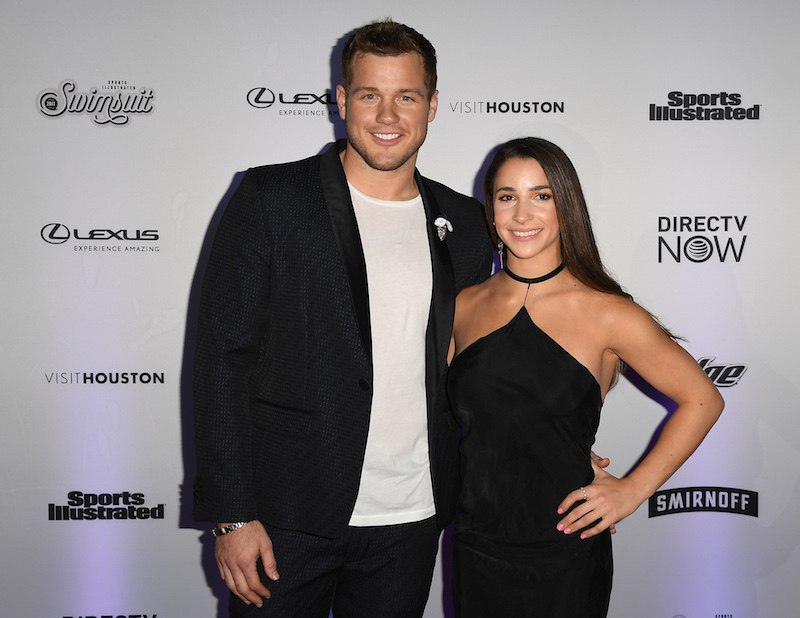 The athlete asked Aly Raisman out on social media to go on a double date with his teammate Andrew East and gymnast Shawn Johnson for the MTV Video Music Awards. The two continued to see each other and kept it private for five months, according to New York Daily News.

Next: This is what they did when their relationship became public.

6. They went to public events together 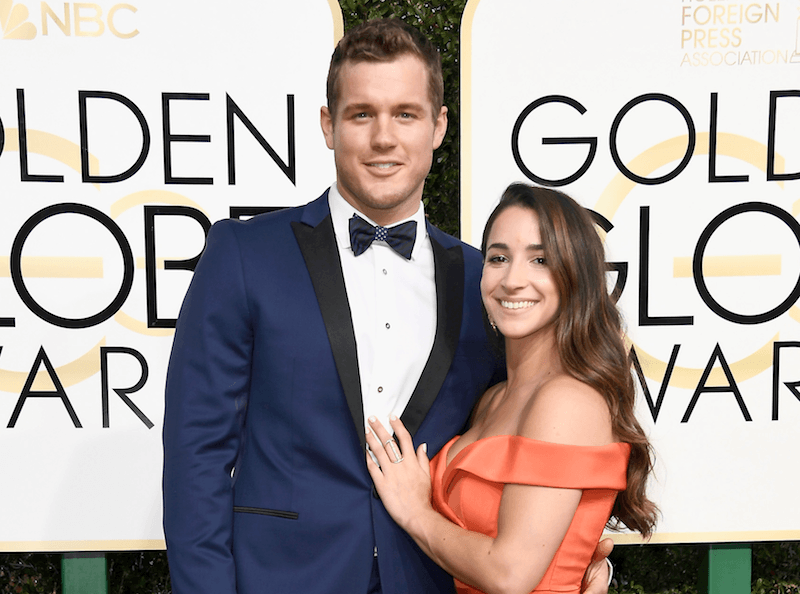 His last relationship with a celebrity is well-documented. | Frazer Harrison/Getty Images

The relationship wasn’t kept under wraps forever. They were seen on the red carpet together multiple times, including for the Sportsperson of the Year Ceremony and the 2017 Golden Globes.

The relationship eventually ended in August 2017, according to E! News.

Next: This is what Underwood said about their breakup.

7. The two broke up but stayed friends 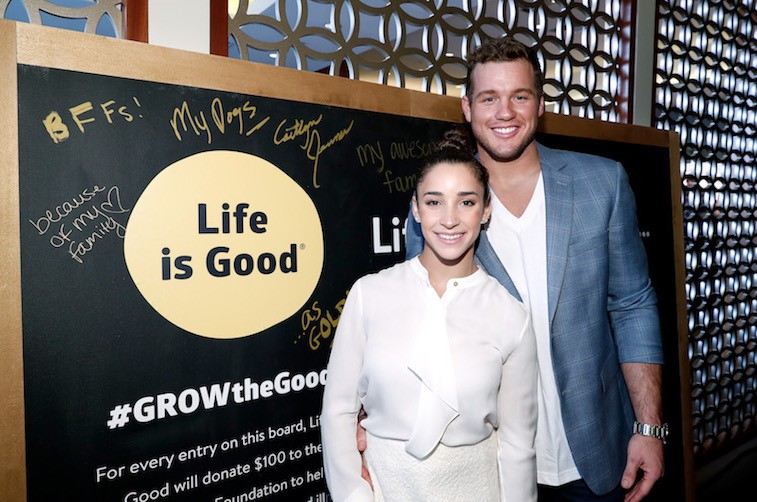 The two remain friendly, but Colton Underwood is moving on. | Rich Polk/Getty Images for Life is Good

The couple reportedly broke up around June 2017. It seemed like the whole thing ended on good terms with Underwood telling Peoria Journal Star, “we’re taking a break right now” and “we’re still good friends and talk, but all that travel had been a nightmare.”

Now, it looks like he’s looking for his next love, although whether he finds it in Kufrin remains to be seen.