‘The Bastard Executioner’ Could Be FX’s New ‘Sons of Anarchy’ 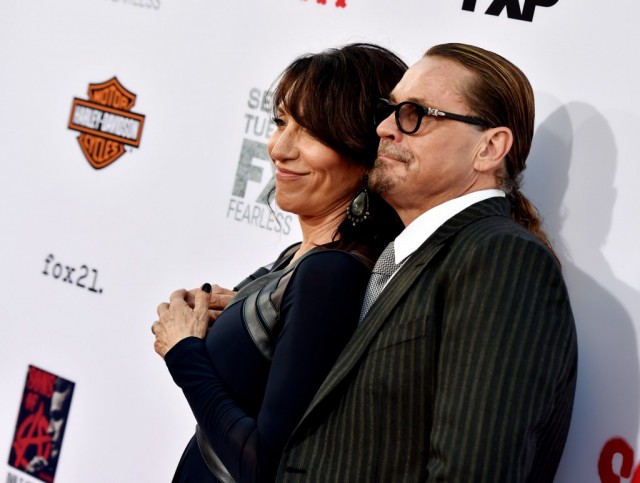 FX’s smash hit series Sons of Anarchy is officially coming to an end next month, and fans have long since been simultaneously dreading and anticipating the finale to the beloved show. Luckily for them, another show from SoA creator Kurt Sutter is already in the works at the network — and it could be just the new must-watch that viewers are looking for.

Sutter’s FX follow-up, The Bastard Executioner, was green-lit for a pilot by the network last December. The medieval show will chronicle the story of a warrior knight in King Edward III’s charge. After suffering the ravages of war, the titular character vows to lay down his sword for good. But when violence finds him again, he’s forced to break his own promise and “pick up the bloodiest sword of all.”

As previously announced, Sutter will pen the Bastard pilot after SoA wraps its seventh and final season, as well as executive produce alongside Emmy and Oscar-winning Brian Grazer (24, Arrested Development, A Beautiful Mind). “I love the network. I love the world. I love the blood,” he told Deadline at the time of the pickup.

With Sutter busy wrapping up SoA’s final season, not much more information has been released about the developing project since the initial announcement of its pilot. But this week, viewers finally got some big casting news. In case Sutter’s involvement wasn’t enough to convince SoA fans to tune in, it looks like another veteran from the ending show may be featured in The Bastard Executioner, as well.

According to Deadline, Sutter’s wife, Katey Sagal (seen above), will be making an appearance in the forthcoming series. The actress, who worked with her husband on SoA as one of the show’s main characters Gemma, recently confirmed her involvement in the upcoming period drama, although specific details on her role remain unclear.

“I’m going to be in it,” she told reporters, per Deadline. “We don’t know in what capacity yet, because he’s just starting to work on it. But that’s where we’re going. I will definitely be involved with it.”

Though Sagal’s participation may be the only one confirmed, she’s not the only former SoA cast member rumored to be participating. Charlie Hunnam has reportedly previously expressed interest in the project, although it’s unclear if he actually will make an appearance.

Regardless, Sutter seems confident that the show will draw some former SoA viewers to screen. “My sense is that Sons fans will like it. It will push some of those same buttons for them,” he told Entertainment Weekly in early October. “We’re not on motorcycles and in leather jackets, but I think it’s ultimately a complicated and relatable character.”

EW reports that Sutter will likely write the script for the Bastard pilot either this month or next, with the aim to start preproduction in February or March, and filming in April or May. If the network likes the final result, the project will then continue to move forward.

This isn’t the only new FX project Sutter has in the works. The showrunner is also reportedly developing a long-rumored potential SoA prequel for the network, with plans to turn it into a miniseries. But though conversations are ongoing, the potential project has been put on the back burner while work on The Bastard Executioner pilot is completed.

With the same team that made SoA such a success (and potentially even some of the same cast) behind it, The Bastard Executioner could become another big fan favorite for FX — and help both fans and the network fill the Sons of Anarchy void.

The Sons of Anarchy series finale is set to air on December 9.