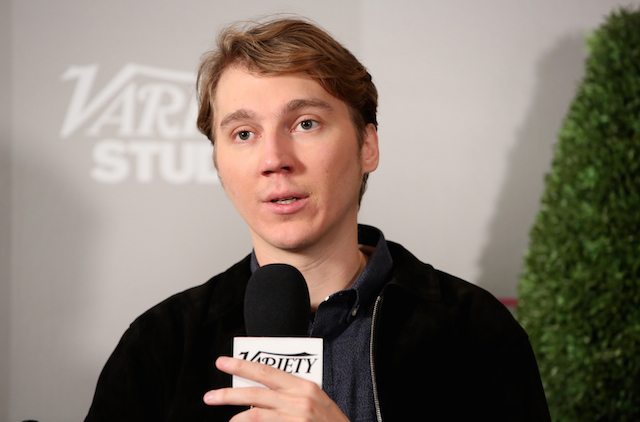 Russian author Leo Tolstoy’s classic doorstop of a novel War and Peace has been adapted to the screen and stage multiple times. Now the BBC has announced it’s doing another TV version of the story, with Andrew Davies adapting the screenplay and Paul Dano set to star, according to The Hollywood Reporter.

The show will have six hour-long episodes directed by Peaky Blinders’ Tom Harper in a considerably shorter length than the previous miniseries the BBC did of the 1,200-page novel back in the 1970s.

Davies is known for his previous film adaptations of classic literature like Pride and Prejudice, Middlemarch, and Sense and Sensibility, as well as the big-screen versions of the Bridget Jones books.

Dano, who is best known for his picture-stealing turns in There Will Be Blood and Little Miss Sunshine, will star as Pierre Bezukhov. Pierre is the socially awkward, ugly, bastard son of a member of Russian nobility who, after being educated abroad, returns to his homeland to find himself a misfit and an outcast.

It’s the perfect role for Dano, who seems as though he was born to play such characters. His role as a nihilistic and moody teenager who wants to join the Air Force in Little Miss Sunshine served as his breakout role and saw him standing out among an incredible ensemble cast that also featured Steve Carell and Alan Arkin.

Then Dano held his own as the misguided town priest alongside the legendary performance Daniel Day-Lewis gives in Paul Thomas Anderson’s There Will Be Blood.

Downton Abbey’s Lily James will take the lead role of Natasha Rostova. Davies told the Daily Telegraph that he wanted to cast a relatively unknown actress in the part that he calls “the most loveable heroine in literature.”

Natasha Rostova is described as being romantic, impulsive, and high-strung, as well as good at both singing and dancing. James is also set to star in the upcoming live-action version of Cinderella that’s due out next year. James Norton, of Belle and Rush, will play Prince Andrei Bolkonsky, a philosophical soldier in the Napoleonic Wars, which serve as a major plot point in the long novel.

The previous BBC miniseries adaptation of War and Peace that ran between 1972 and 1973 was 20 episodes long and starred Anthony Hopkins as Pierre. Due to the shortened length, the new version will likely focus more on the drama between the book’s four different families and leave out the long historical and philosophical ruminations from the novel.

Other notable film versions of the book have included the three-and-a-half hour 1956 version directed by King Vidor, starring Henry Fonda as Andrei and Audrey Hepburn as Natasha. Hepburn received nominations for a BAFTA award and a Golden Globe for her portrayal of Natasha in the first English-language film version of the story.

However what’s considered by critics to be the best version of the novel came 10 years later, from Soviet director Sergei Bondarchuk. The movie was released in four parts due to its length of more than seven hours and took over six years to make, but it earned an Oscar for best foreign language film in 1967 for its scope and authenticity.

The Davies version will likely be closer to Vidor and the previous BBC series than the Bondarchuk rendition, but that’s more likely to appeal to the BBC audience.