The Beatles: The Best Songs of All Time 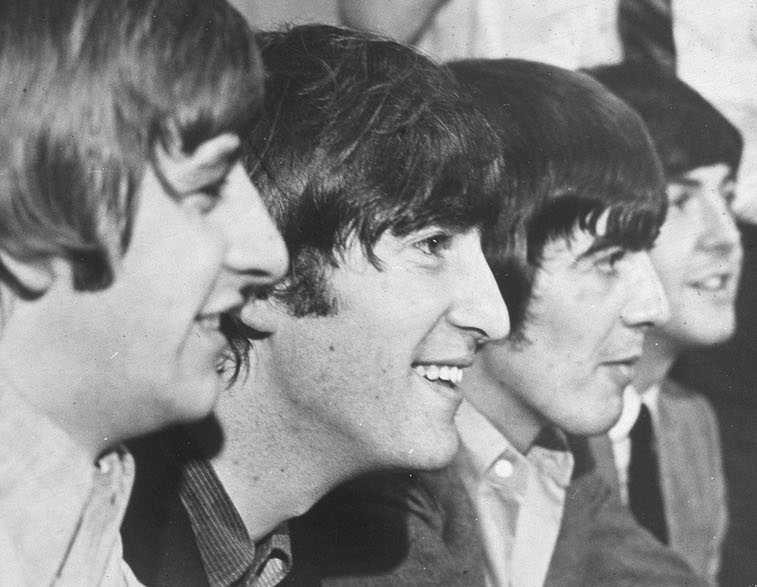 How does one narrow the entire Beatles catalog down to just 10 essential songs? In truth, you can’t. This isn’t just any band — this is the band that brought British music to the rest of the world and forever changed the face of pop music by proving it could be infectious and intelligent at the same time. In less than a decade, they churned out 20 No. 1 hits all worthy of inclusion, but that’s not even mentioning their 11 studio LPs (12 if you count the half-orchestral Yellow Submarine soundtrack), which contained the larger bulk of their fascinating experimental material, with the deep tracks often capturing The Beatles at their most inventive and original.

For a band so influential that even a throwaway track like “Wild Honey Pie” can inspire a brilliant cover from one of alternative rock’s greatest bands, there’s no way to satisfyingly pick the 10 best Beatles songs of all time, but I’m going to try anyway. Here they are, in chronological order.

What a way to begin their first album! The opening track from Please Please Me and the B-side to “I Want to Hold Your Hand” is filled with infectious energy and thrilling melodic ideas that could only have come from the formidable songwriting team that was Paul McCartney and John Lennon. “I Saw Her Standing There” is a youthful song about love and lust, so raucous it’s about the closest you can get these days to seeing the young Beatles during their early Liverpool concerts at The Cavern.

Help!, the soundtrack for The Beatles’ second feature film, isn’t quite as consistent as the earlier A Hard Day’s Night, but its highs tend to soar a little higher — take “I’ve Just Seen a Face.” Paul McCartney happily sings his heart out about a newfound love that seems destined to last over a track that lacks his usual bass guitar. That omission contributes to the song’s (and the entire album’s) country-folk sensibility, a taste of the way The Beatles often brought their sense of effortless melody to disparate genres as their career went on.

The Beatles had already mastered the straightforward love song several times over by the time they released Rubber Soul in 1965. “In My Life” was something different, a prime example of the emotional depth the band was truly capable of. Lennon’s syrupy vocals allude to a lifelong love while reminiscing about the loves, places, and memories that came before — a universal sentiment that Lennon himself called his “first real major piece of work” in a 1980 interview. It’s a thing of beauty, right down to the baroque piano solo contributed by George Martin.

“Rubber Soul was our pot album, and Revolver was acid,” Lennon said in 1971. It isn’t too difficult to tell, especially when the album reaches its mind-bending closer, “Tomorrow Never Knows.” Of The Beatles’ many sonic experiments, this song shows just how far out the band was willing to get — vocals filtered through an organ speaker, a backwards guitar solo, tape loops, lyrics that quote the Tibetan Book of the Dead, an irregular drum pattern, Indian sitars, and tanpuras. It all sounds as otherworldly and intoxicating today as it did in the ’60s. And because it’s The Beatles, it still manages to be catchy.

For many, this is the easy winner for best Beatles song, and with good reason. It’s one of the band’s most notable experiments with song structuring, sandwiching a fun McCartney ditty about youth between Lennon’s haunting verses about death in the media and linking it all together with cacophonous orchestral swells that just seem to build and build or, in the case of the song’s famous final note, fade and fade. This is The Beatles at their most adventurous, using the freedom of studio recording to try new things and truly elevate their melodies to pop art.

For as poignant as their lyrics often were, sometimes The Beatles’ best songs were nothing but word salad. Lennon wrote the lyrics for this baroque epic after learning his old school was having students analyze Beatles lyrics for meaning and deciding to give them something that was all but impossible to analyze. There’s a poetry to his words all the same, some of which were inspired by acid trips, and the music is all soaring psychedelic brilliance from beginning to end.

Another easy pick, “Hey Jude” is the Beatles song, if such a thing can exist. Listen with fresh ears, and you’ll be swept up once more by what is perhaps Paul’s greatest achievement as a songwriter and a vocalist. The sentiment, written as a comfort to Lennon’s son Julian during his parents’ divorce, is universally comforting and stirring, thanks in no small part to the piano riff and lyrics like “you know that it’s a fool who plays it cool/By making his world a little colder.” The sadness turns to a raucous, life-affirming suite that lasts forever without getting old, thanks to Paul’s passion and the communal feeling — something sorely missing from many Beatles recordings that came afterward.

The Beatles, the band’s 1968 self-titled album commonly nicknamed The White Album, is like four solo records mashed together. Lennon contributes this standout, another of the band’s structural experiments that starts as a menacing rocker but ends as a haunting doo-wop number, creating a song that, according to Lennon, “seemed to run through all the different kinds of rock music.” Every section blends together perfectly for a song that delights even as it challenges the listener with cryptic lyrics and surprisingly complex time shifts.

The Beatles intended Abbey Road as their last album, so they reserved the second half of the record for another of their innovative studio experiments. Essentially, they mashed together a few partial songs, repeated a few musical themes, and finished with a mostly instrumental track that gives each band member a time to shine before signing off with the poignant yet just-vague-enough reassurance that “in the end, the love you take/is equal to the love you make.” The medley covers so much ground musically and emotionally, from the ever-changing reverie of youthful uncertainty “You Never Give Me Your Money” and the heart-wrenching lullaby “Golden Slumbers” to the silly sideshows of “Mean Mr. Mustard” and “Polythene Pam.”

Recorded before Abbey Road but released later due to disagreement among the band members over the production, Let It Be was intended as a return to The Beatles’ early days of straightforward recording. It may not sound like their early records, but the album is unusually raw for the band, nodding toward blues and rock influences over psychedelia or chamber music. “I’ve Got a Feeling” epitomizes the refreshing approach by giving both Lennon and McCartney their own refrains to sing, creating an atmosphere of guitar and vocal interplay that can’t help but recall the band’s famous rooftop concert. Their vocals are in peak form, and Billy Preston’s electric piano gives the song a ’70s flavor that makes it a true standout among the band’s catalog.