The Best (and Worst) of ‘Fast and Furious’: The Series Ranked

When The Fast and the Furious hit theaters in the summer of 2001, the film was a surprise box office smash, bringing in $144 million against a production budget of just $38 million. With unproven leads like Vin Diesel and Paul Walker, no one expected the street-racing action film to garner so much attention.

Now, 16 years later, that initial hit has developed its central “bromance” into a globe-trotting ensemble piece that has as much to do with espionage and heists as it does racing cars. With The Fate of the Furious (aka Fast 8) set to debut on April 14, 2017, we look back at the franchise’s history to date, starting with the worst Fast and Furious film and moving toward the best. 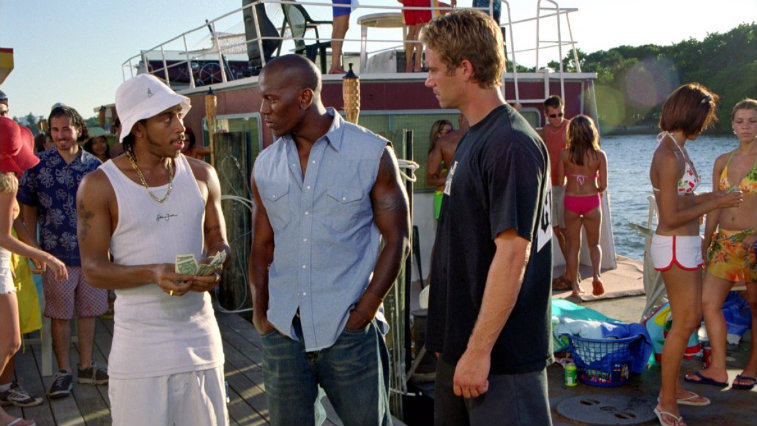 When original star Vin Diesel and director Rob Cohen abandoned the franchise’s first sequel, the story turned its focus over to disgraced cop Brian O’Conner (Paul Walker) as he again goes undercover, this time to take down a Miami drug lord.

Director John Singleton (Boyz n the Hood) brings his Baby Boy star Tyrese Gibson into the fold, along with Eva Mendes as a U.S. Customs agent and Chris “Ludacris” Bridges as the new ally, Tej. While some of the film’s chase scenes work, it fails to capture the appeal of the first film, courtesy of a subpar script and a villain who lacks the charisma of the morally complex Dominic Toretto (Vin Diesel). 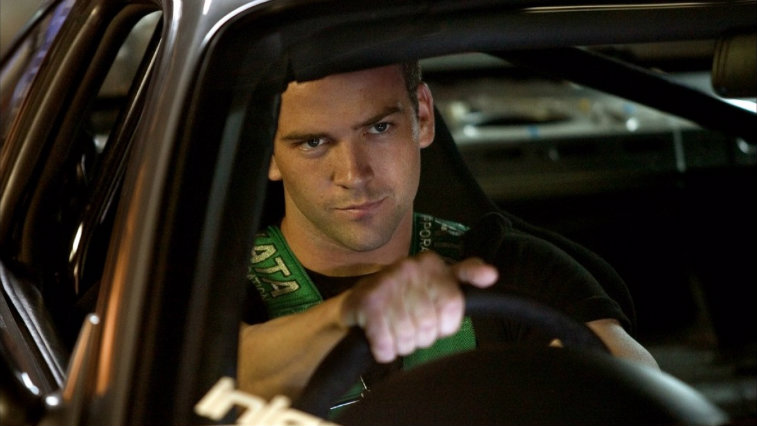 The Fast and the Furious: Tokyo Drift | Universal Pictures

Notable for being the only installment in the series not to be led by one of its original stars, this entry was the franchise’s attempt to start anew with Lucas Black as the Walker-esque character. Save for a surprise cameo at the film’s end, it bears little initial connection to previous entries, though it was later retconned into fulfilling a unique place among the films’ chronology.

As it stands, Tokyo Drift is set between Fast & Furious 6 and Furious 7, book-ending Sung Kang’s popular role as Han. The film also was the first of four consecutive Fast and Furious films directed by Justin Lin. 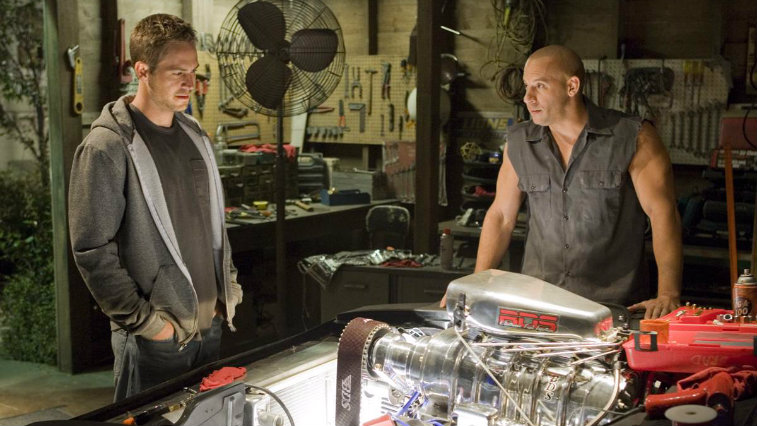 After the tepid reception to Tokyo Drift, the Fast and Furious franchise reached all the way back to its roots for this return to form. Finally honing in on the character dynamics that worked the first time, the film sees all four original stars — Diesel, Walker, Jordana Brewster, and Michelle Rodriguez — reprise their roles to deliver the first true follow-up to the first film’s story.

Though the film marked a step back in the right direction, it still lacks the over-the-top energy that its sequels would embrace to great effect. 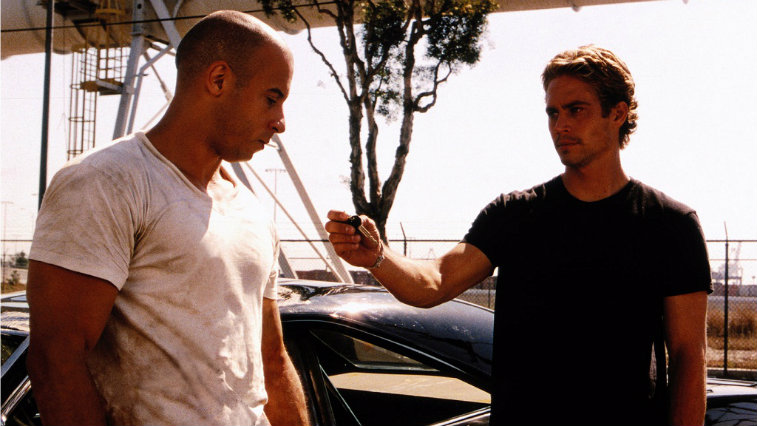 While some criticize the original Fast and Furious film as little more than a Point Break ripoff (the similarities are undeniable), it’s hard to argue that the Rob Cohen-directed release — which was written by David Ayer (End of Watch, Suicide Squad) was the start of a worldwide phenomenon.

Diesel became a breakout star as the family-centric criminal Dominic Toretto, establishing himself as a bonafide box office draw, while Walker and Rodriguez similarly experienced career boosts thanks to their fan-favorite roles in this film. 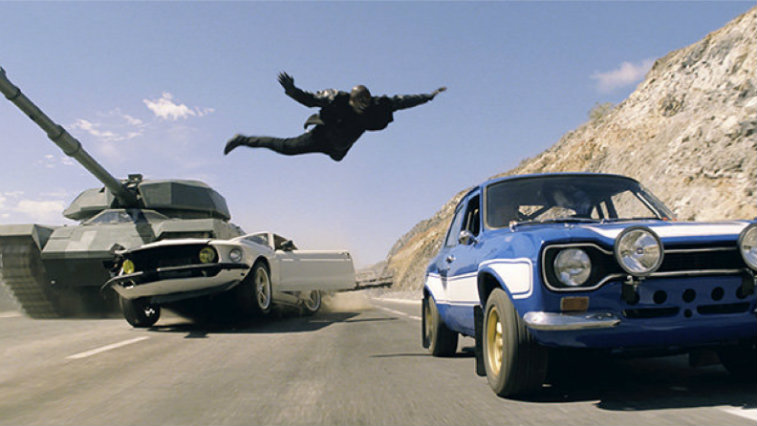 If its predecessor broadened the scope of the Fast and Furious franchise beyond its original street-racing premise, then this one blows it to smithereens. Bolder, more over-the-top, and even more ridiculous than previous films, this was perhaps the movie that solidified the series’ place as the heir to those mindless, testosterone-driven guilty-pleasure action films of the 1980s.

Sure, the storylines are sillier than ever, and the action sequences are completely devoid of logic (how long is that runway exactly?!). However, when a film is this unabashedly fun, who cares? 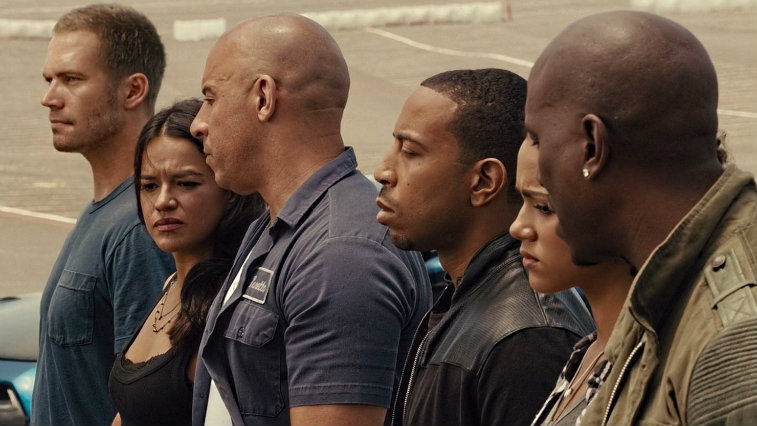 Marked by the tragic 2013 death of Walker, this film — which adds Jason Statham as the main villain — was retro-fitted to serve as a poignant farewell to the late actor.

That notable finale aside, the film is chockfull of ludicrous (and Ludacris!) stunts and riveting hand-to-hand combat scenes that see Statham go up against both Diesel and Dwayne Johnson’s Hobbs, who has a smaller role here but still ends up flexing his way out of the cast encasing his broken arm.

Moreover, Furious 7 — the first in the series to gross more than $1 billion worldwide — finally catches up with the events of The Fast and the Furious: Tokyo Drift, setting the stage for more adventures to come for Toretto’s “family.” The film also added the iconic Kurt Russell to the mix. 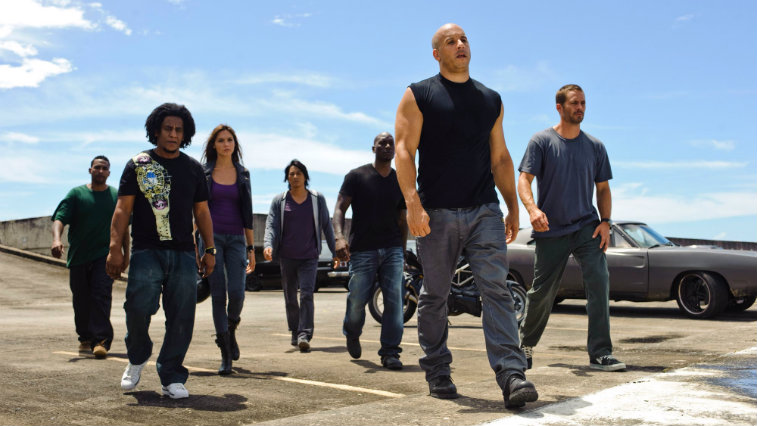 Given the self-indulgent chaos of the Fast and Furious films, it seems bizarre to call any one installment in the franchise “transcendent,” but if any film in the series fits that bill, it’s certainly this one. Johnson joins the cast as the DSS agent on the tail of Toretto’s crew, and the film — which unites characters from all four previous films — plays like an Avengers-style team-up that instantly creates the illusion that the entire series had been building up to this culmination.

The film wisely sets aside street-racing for a heist film setup that results in the most mainstream adventure in the franchise to date. It even tosses in a surprise twist in the mid-credits scene, announcing loud and proud that the Fast and Furious films had reached a new level of serialized storytelling that hasn’t let up since.