The Best (and Worst) of ‘Harry Potter’: The Movies Ranked

J.K. Rowling may have set the literary world afire with her book series centering on a young wizard with a dark past and an uncertain future, but the eight films based on her Harry Potter series had just as great an impact on pop culture. With an unadjusted worldwide box office take of $7.7 billion, the franchise is among the most successful in cinema history.

Here, we take a look back at Harry Potter‘s history on the big screen. 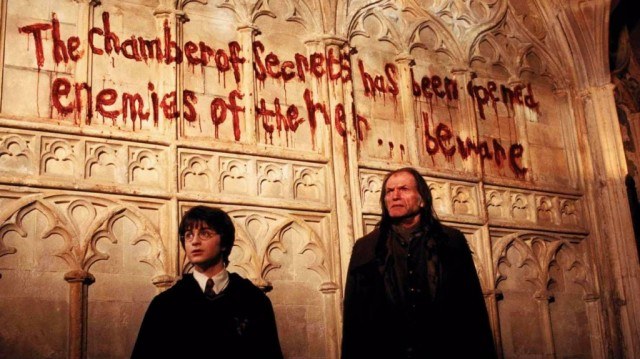 Harry Potter and the Chamber of Secrets | Warner Bros.

The second film in the series took a dark turn, but with director Chris Columbus still in the director’s chair, that sentimental sense of childhood wonder remains intact. While the film has its fair share of memorable moments and plot twists, its biggest flaw is its overly reverent approach to the source material.

More than any of its counterparts, the film is so slavish to the novel that viewers can almost feel the chapter breaks, giving the film a tiring episodic feel. Fittingly, Chamber of Secrets is also the longest Harry Potter film, clocking in at nearly three hours long. 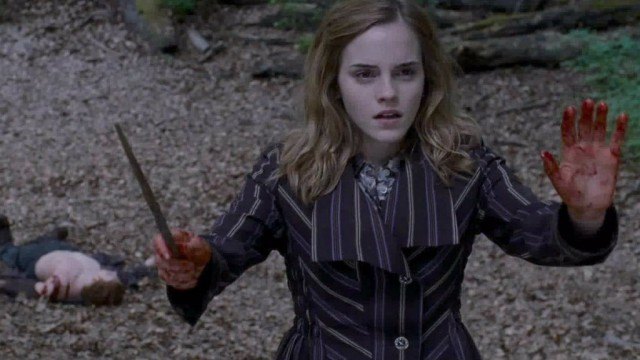 For the first time, Harry, Ron, and Hermione find themselves far away from Hogwart’s, but their hunt to locate and destroy You-Know-Who’s remaining Horcruxes suffers from the same issue as other two-part final installments. Without an ending, the film feels overlong and unsatisfying, leaving audiences waiting for the payoff.

As the first half of the Deathly Hallows, it works its, well, magic well, but as a standalone viewing experience, the film just doesn’t hold up. Regardless, there’s a ton of memorable moments here, which truly demonstrate that these stories are no longer the childhood adventures they started out as. 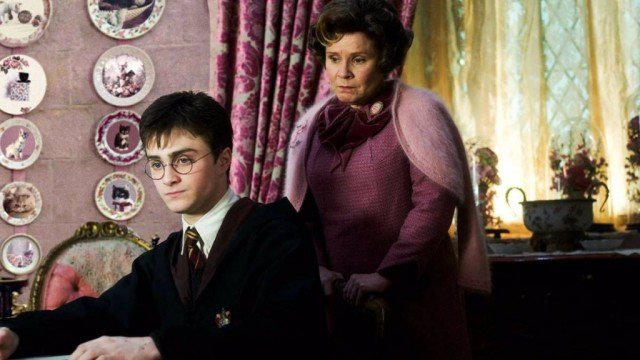 Harry Potter and the Order of the Phoenix | Warner Bros.

The franchise had seen several unforgettable villains in its first half, including the Dark Lord himself. Yet, Imelda Staunton’s Dolores Umbridge still stands as one of the most chilling baddies in the films. Her Mary-Poppins-from-hell attitude and underhanded ruthlessness are certainly the highlight of this entry, which gives director David Yates the reins for the first of his four Potter features.

Order of the Phoenix nicely follows up the game-changing events of the previous film, infusing Harry’s story with a greater sense of melancholy and dread than ever before and giving The Boy Who Lived the opportunity to emerge as a leader for the first time. 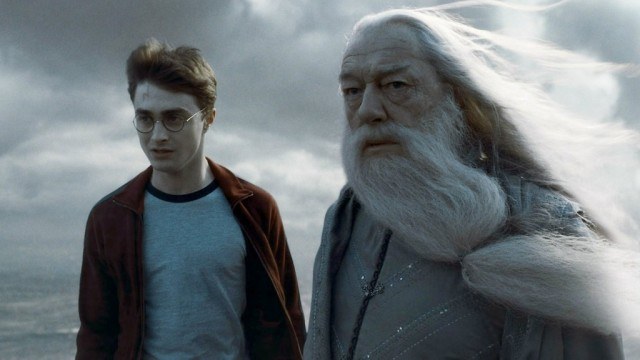 This sixth entry in the series delves deeper into Voldemort’s past, uncovering dark secrets involving his immortality and his connection to Harry. Some fans complained that the film cut too much relevant material from the novel, and its focus on the love lives on the lead characters stole precious screen time from the mystery surrounding the titular “half-blood prince” and the early days of young Tom Riddle. 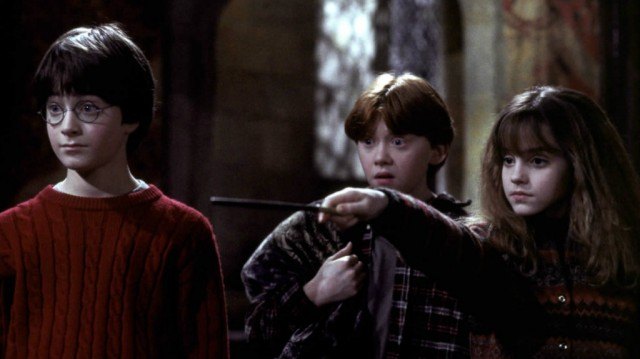 Lovers of the books were enthused about seeing Rowling’s work come to life onscreen. However, few could have anticipated just how huge the film would be and how its release would affect the industry in its wake. True, its young stars were a bit awkward onscreen, and some of the effects are a bit dated nowadays (that mountain troll!).

Regardless, there’s so much charm and wonder onscreen that it’s easy to get swept up in it all. John Williams’s exhilarating score definitely helps set the tone, and an impressive cast of veteran performers — Alan Rickman, Maggie Smith, Robbie Coltrane and the late Richard Harris in particular — instantly lent some gravitas to the series, firmly establishing that the story’s appeal was intended for all ages. 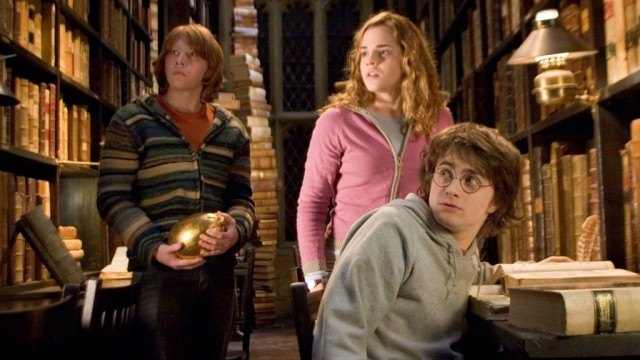 Harry Potter and the Goblet of Fire | Warner Bros.

After three relatively safe mystery-solving adventures, this is the point where the Harry Potter series delivers on the dangerous backstory that left our hero with his unmistakable scar. For the first time, the franchise brings death to Hogwart’s and expands viewers’ perception of just how vast and complex Rowling’s world really is.

The film — directed by Mike Newell — marks the transition point between the more kid-friendly entries and the chaos to follow. 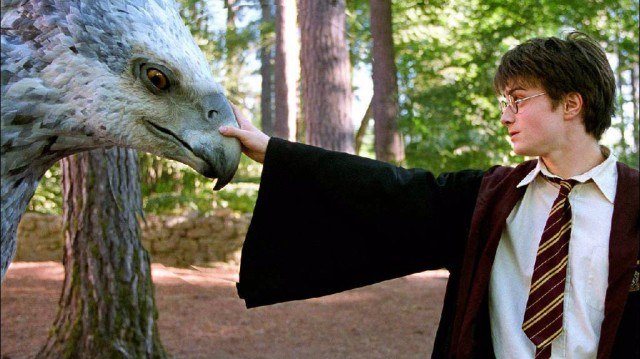 Harry Potter and the Prisoner of Azkaban | Warner Bros.

As its heroes hit their teenage years, director Alfonso Cuarón (Children of Men) takes the films into their own next stage of maturity. More visually imaginative and artful than its predecessors, Prisoner of Azkaban is notable for adding in fan-favorite recurring players like Gary Oldman’s Sirius Black and David Thewlis’s Remus Lupin as well as its deft handling of the Dementors.

To be sure, this film was that pivotal step where even the skeptics were forced to admit that the Harry Potter films were capable of much more than they initially thought, namely a grand adventure that deserved much of the love it had received from fans. 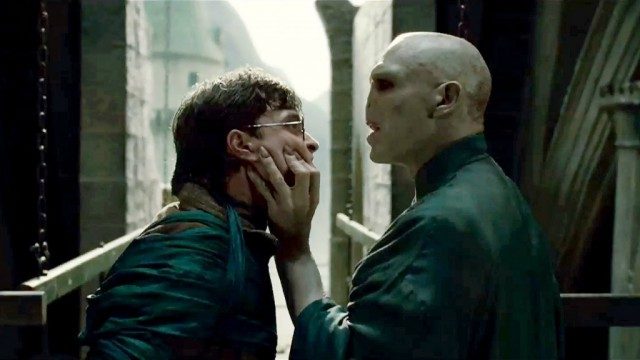 After seven films, this final installment had a lot to live up to. Could the franchise actually capture the scope and intense drama of its grand finale? As it turns out, Yates and company accomplished just that, in a sweeping, ambitious swan song for Harry’s story. The ultimate showdown between the young wizard and Ralph Fiennes’s Voldemort more than lives up to the hype surrounding it, as a number of popular pay the ultimate price during the Battle of Hogwarts.

The film went on to become the highest-grossing entry in the series, with more than $1 billion worldwide. Most importantly, this entry features perhaps the best, most emotionally charged sequence of the entire franchise as Severus Snape’s tale is revealed at last.